The US Digital Video Ad Spending has skyrocketed the revenue with in-app mobile video ads. 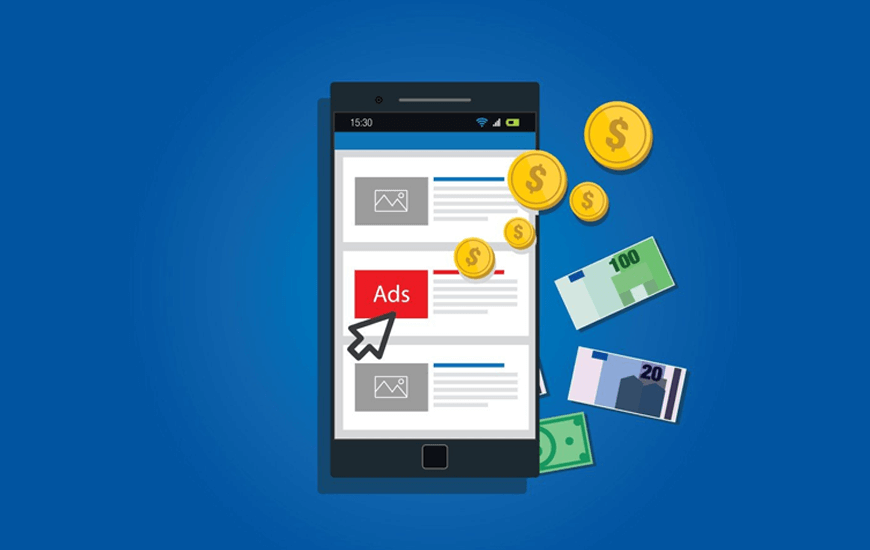 Select from a broad range of mobile ad units including in-app video ads to engage users and provide them with enhanced user experiences. Incorporating users and their experiences for in-app videos help app founders make money for their mobile apps.

In-app video ads are one of the best app monetization strategies which are utilized by almost all the mobile app marketers to groom their ap visibility and prominence.

This article will help you learn more about how in-app ads are empowering the mobile world by being the best way to monetize an app.

According to recent research that was conducted by Chocolate Platform, a video advertisement mediation platform, it was stated that mobile advertising is the most favorable monetization strategy for app developers. And in particular, it was the option of in-app video tools and in-app video advertising that is preferred by the gaming app developers. 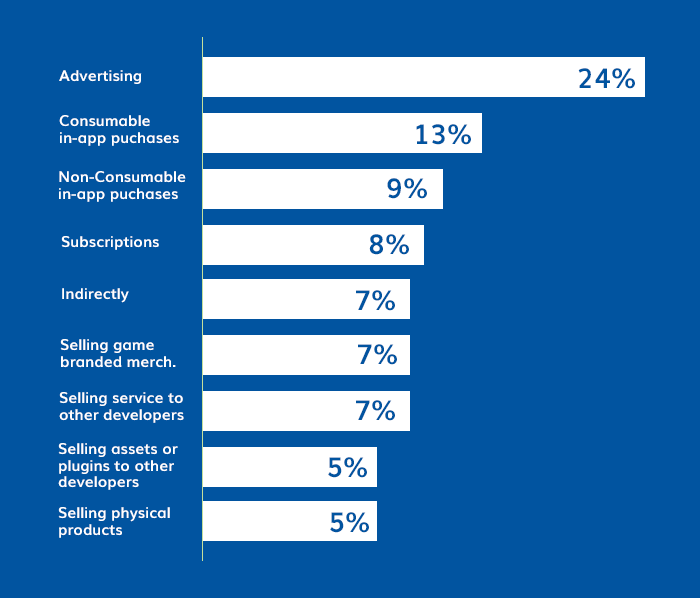 As per the above statistics, the highest rating of 24 percent as a top business model for web and mobile app developers was received by the advertising category. And other categories like in-app purchases and subscriptions were close behind in the line.

In addition to this, it was also revealed that only 19 percent of the total 23 percent of free general and gaming application developers are opting for ad mediation SDKs (Software Development Kit). Here, the remaining 70 percent of the population utilizes the ad networks for better business exposure. 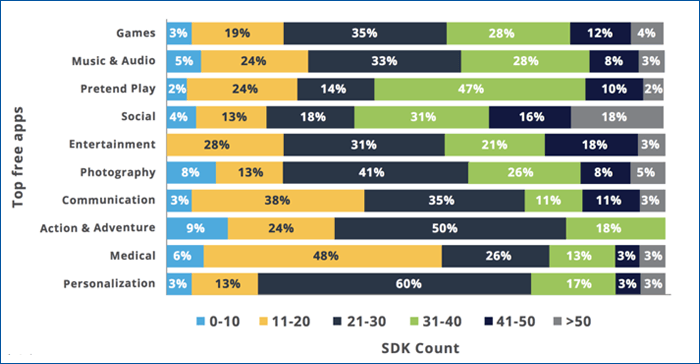 Looking at the statistics, we can say that on average the application developers integrate around 28 SDKs in their mobile apps which can also signify the fact that they are missing out on various opportunities that are being provided by the single SDK mediation model with the option of a single sign-in.

However, there are 74 percent free applications that have more than 20 SDKs that are integrated with app categories like pretend play, social, game, etc. On the other hand, the app developers are also concerned about the time that is taken in the integration and maintenance process of mobile video ads network along with SDKs.

This report by Chocolate Platform further discusses points like the render rate, yield optimization, and latency. Including their research about app developers who are not looking forward to a major jump in the revenue but have a preference for gradual and steady eCPMs. The two things that can cause obstacles in-app video advertising and mobile app video ads are the lack of transparency and expertise among the developers.

How are in-app video ads benefiting the mobile app world?

The mobile app ads are generally served via a mobile ad networking site which significantly connects advertisers and developers in the same zone. Later on, the app requests an ad from the corresponding network which uses accurate algorithms to identify and deliver best and highly paid ads to the users in a real-time environment. This is how an ad publisher can monetize your app on a variety of mobile ad platforms.

See the impact of in-app video ads on app monetization:

Mobile advertising performs as one of the best app monetization strategies that help make maximum money for an app. So, when you opt in-app mobile as your ideal app monetization technique, you’re making the best out of your app marketing tactic.

When the in-app video ads for monetization seamlessly integrated during the game loop, they create increase user interaction and even compel them to click or search the particular information they have gone through the ad.

In-app purchases are the mediums to increase the app’s prominence which further is considered as the best app monetization strategy. When users find engagement in in-between rewards, they are more likely to make in-app purchases.

In-app ads that are particularly tailored to your games and are well-integrated with impressive captions can definitely improve user engagement and retention. This can also prove to be the best monetization strategy that will let you the ways to monetize an app on different video and gaming platforms.

If you’re curious to know how to monetize an app, go through the above-mentioned points. These are the most sought-after tricks you can utilize to plan out a robust mobile app monetization strategy. This will let you know where and how much you can earn from your mobile app?

You’ll find a variety of mobile ad formats that you can embed within your apps to increase app monetization opportunities. Just focus on the target to make sure that you lead towards the right direction for app promotion and revenue generation.

If you wish to learn more trending news and updates straight from the mobile app industry, follow MobileAppDaily by clicking the Subscribe button. We’ll make sure that you stay updated with the latest mobile app industry information.

NEXT North American Bitcoin Conference 2019: The Crypto Event That You Need To Know

Turning an app idea into reality is just the first step, which is followed by a number of modules, one of which includes app monetization. It involves planning and strategizing on how to make money out of an app.The app monetization techniques are just not limited to the new app; if an app is al