Off-Facebook Activity is the social media giant’s answer to the recent backlash on privacy violations. 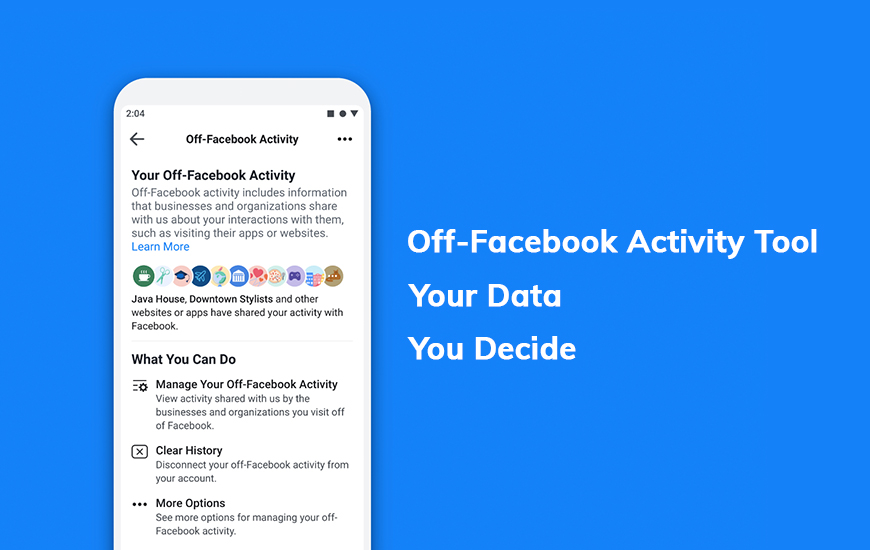 After Cambridge Analytica’s misuse of Facebook users information and user data leaks by Cultura Colectiva, the company's reputation has been shaken over the past years. In an attempt to rebuild the company’s image, last year,  Facebook CEO Mark Zuckerberg announced that the company would develop a “Clear History” feature that would allow the users to delete the data that Facebook shares with third-party apps and websites.

Now Finally, the Facebook tool is ready to roll out in select geographies with a new name, ‘Off-Facebook Activity.’

What Is Off-Facebook Activity?

Earlier due to Facebook privacy policies, it was difficult for users to view which companies shared information with Facebook but now, Off-Facebook Activity, a Facebook’s new privacy tool will allow users to see a list of business houses that have shared data with Facebook and details of how many times they have done so. 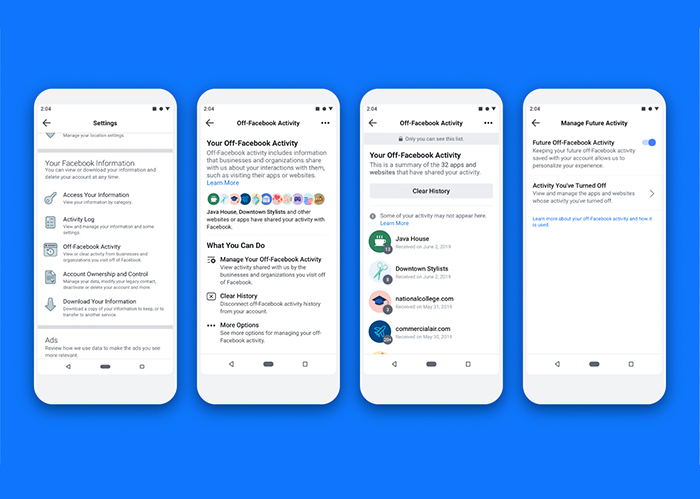 What Will Happen If You Opt-In for Off-Facebook Activity?

If you choose to go with off-Facebook activity, Facebook will delete your identification information from the company’s servers.

Facebook will also not keep a record of any of the websites and apps you’ve visited and won’t use any of your data which you wish to disconnect from target ads on Facebook, Instagram, and Facebook Messenger.

Naturally, the Off-Facebook Activity is going to affect the company’s ad business and advertisers are concerned over its impact on facebook tools for business, David Baser stated.“If this were widely adopted, it would mean less overall revenue for Facebook. And that’s O.K,” he added.

In its blog post, Facebook announced that the tool will launch in South Korea, Spain, and Ireland in the coming months.

Off-Facebook Activity is a good initiative by the company to give users more control. However, the tool is not without some loopholes.

After viewing Facebook’s Help Center post, it was pointed out that even after users have opted for the Off-Facebook Activity, the social media mogul can still see your data for up to 48 hours for their advertising purposes. Post that Facebook will simply decouple your data from your personal profile and will still be a part of aggregated contexts. With the launch of the new tool, it will be interesting to see how Facebook will find out the balance between its ad business and safeguarding users’ privacy.

Today, many of the iPhone users were left in disdain, as Apple Maps stopped working for a few hours today. If one tried to use Apple Maps, it was taking time to load results for about 30 seconds before timing out, and showing “No Results Found.” The map tiles appeared to be load normally