Android 9 Pie is the ninth OS update from Google. 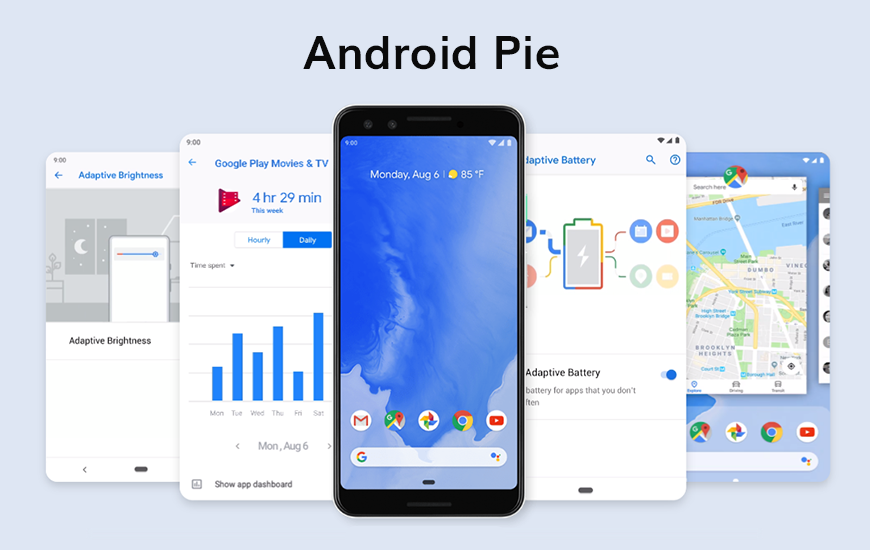 Android 9.0 Pie, is the latest Android OS offering from Google that has infused a lot of interest in the mobile industry experts. Android 9.0 update was rolled out on August 6, 2018, and on the same day, it was made available for Google Pixel, Pixel XL, Pixel 2, and Pixel 2 XL.

Right after testing the beta versions of the OS and taking feedback from the users, Google released the Android 9 Pie update for a limited number of devices. Meanwhile, Google did add some tweaks to a few of the released features to chuck out bugs and errors.

Interestingly, the rollout of the new OS from Google was made possible due to ‘Project Treeble.’ It was started by Google to propel the speedy delivery of all of its future OS updates and Android 9 Pie is one of them.

All the features mentioned above are explained below. Read below and know what changes the Android 9 Pie update will bring on to your device.

Doze feature is a remarkable add-on to the Android platform and was first introduced in Android 6 Marshmallow. It sends the apps and background processes that are not in use to deep sleep and thus reduces battery consumption. Running on the same lines, Adaptive Battery and Brightness comes enabled by default in the new Android 9 update. 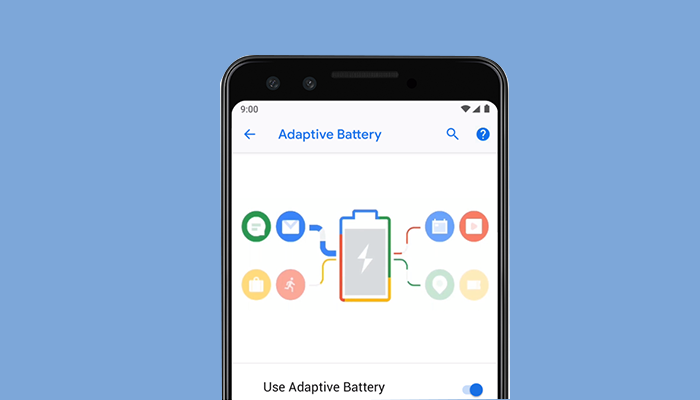 Battery Saver: As the name of this feature suggests, Battery Saver extends the total survival time of the battery by turning off features that are always-on display. Additionally, it offers more control over phone charging.

Adaptive Battery: This feature uses machine learning to know which will be used in the next few hours and accordingly, the device will spend the battery. 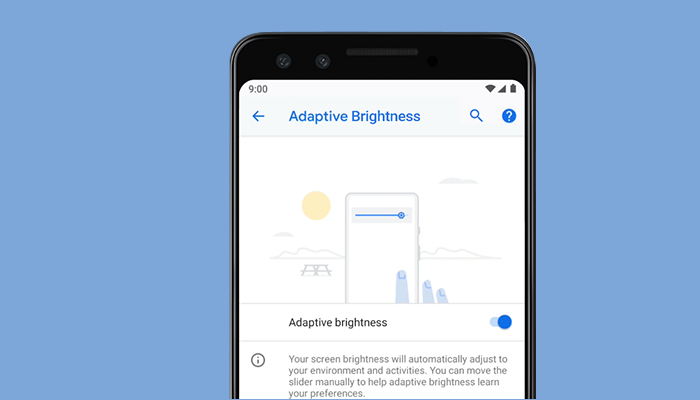 Here, Android has taken some tips from the iPhone, which offers a more convenient option to navigate while handling the device. The three virtual buttons at the chin of the device are accompanying the Android phones for long, but that is going to change with the new updater. 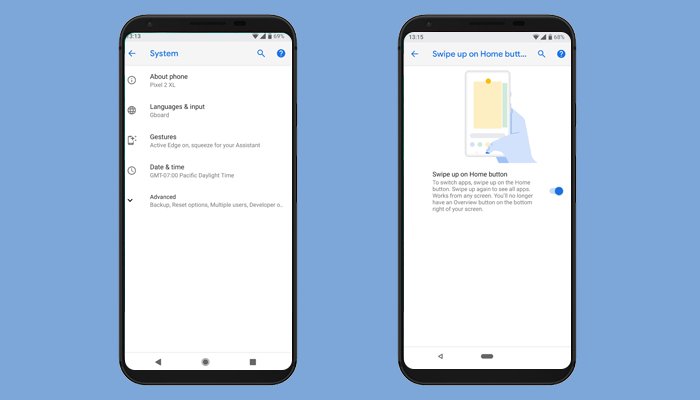 With Android 9 on the roll, you can directly swipe up from the center of the screen to go to the home screen and to swipe from the side ends of the screen will take you to the previous screen.

According to the time of the day, Google’s launcher will predict and suggest the user do various activities. It will save the time and effort of the user. For instance, if the user is about to start for the day, the device will offer to start the maps, and then when the user will plug-in the headphone, the device will show you the latest playlist. 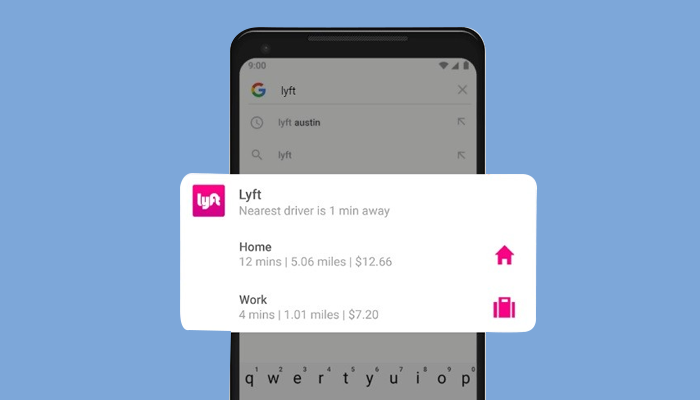 Much like the App Actions, this feature is infused to assist the user in doing the tasks which he wants to do. For instance, if the user taps on the food-delivering app, the device will show the last restaurant from where the food was ordered.

This feature will not only let the user do the job with many conveniences but will also limit the time which is being used on the device. 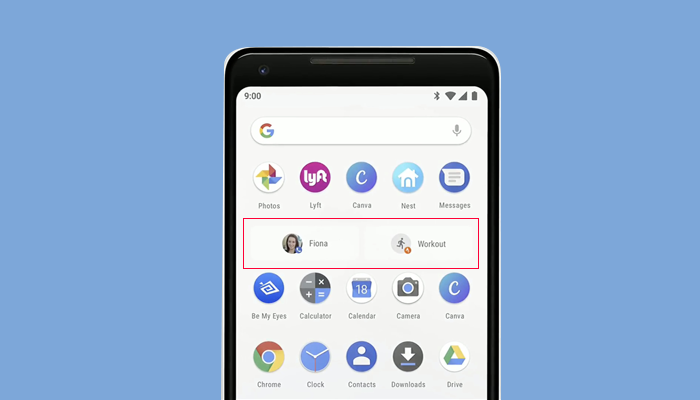 The security is one of the focus domain of Google. In the last OS versions also, we have seen a spike in the features related to security features. Similarly, in the Android P, Google “restricts access to the mic, camera, and all SensorManager sensors from apps that are idle.”

It, in turn, means that even if the user grants permission to some app to use a mic or camera, the app can’t use the same when it’s not in use. 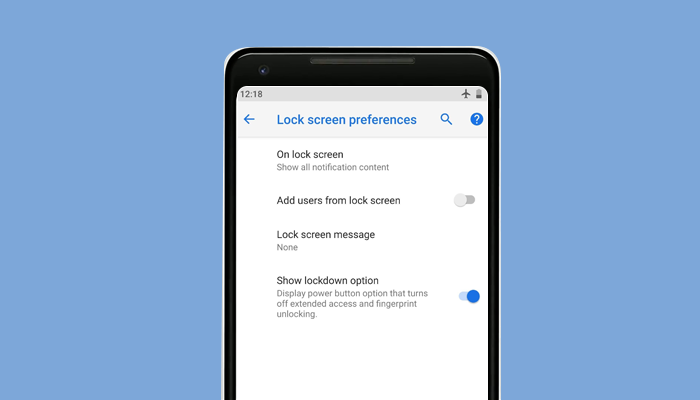 The other notable feature is the new lockdown mode, which lets the user control the screen while the device is locked. From displaying sensitive notifications to adding a user from the lock screen, everything can be set through this option.

As one can make out from the name of this feature, the Digital Wellbeing is related to the wellbeing of the user. It will let the user know about the time being spent on using the device.

The time spent on interacting with apps, checking the device, and the number of times a notification or text is sent from an app, it all will be recorded. Ultimately, the user can save his time by skipping time-sinking apps. 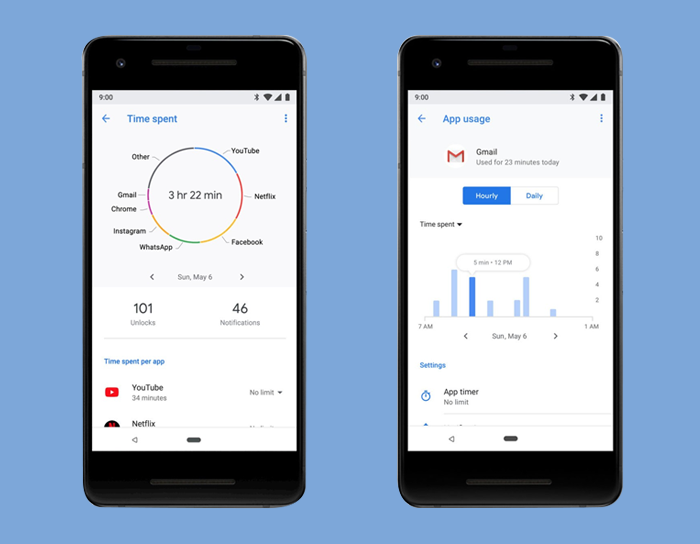 Other than that, to help the user with digital well-being, an upgraded DND feature is also there which will block the audio and visual notifications. Then comes the Wind Down feature. It will fade the phone to grayscale, which actually is a mental trick to make the phone less interesting.

There are a lot of accessibility features in Android which are actually not very accessible to the user. But now Android Pie brings you the ‘Accessibility Menu,’ which will make navigation easier for the user. 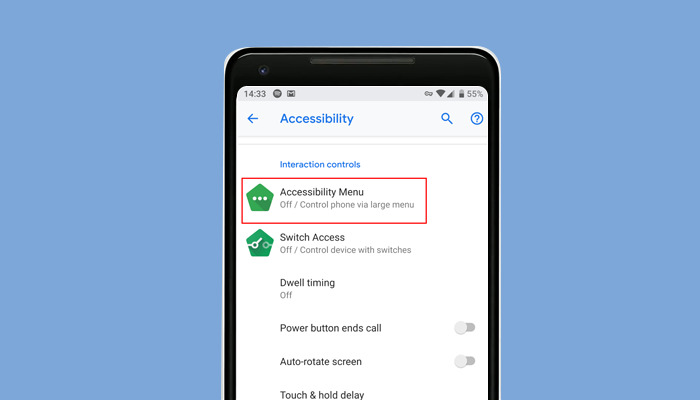 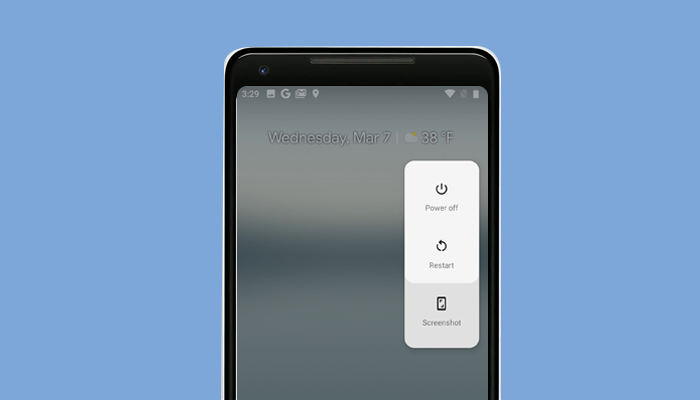 To add some premium feel in the new Android OS, Google now allows the user to swipe up from the bottom of the center screen and then it will direct to the home screen. For the last page, the user needs to swipe from any side of the screen.

It gives away the three buttons at the bottom of the display, that catered to all these options and moreover, used to cover the extra space on the screen. 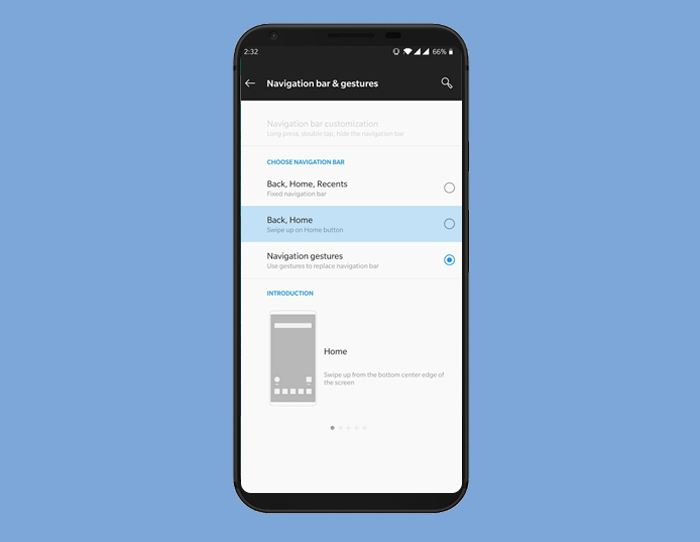 The lack of dark mode was a major concern among the Android users and Google made sure to address this concern in its latest OS update. The user can manually set the dark theme for the device by choosing “Dark” listed under the Device theme. 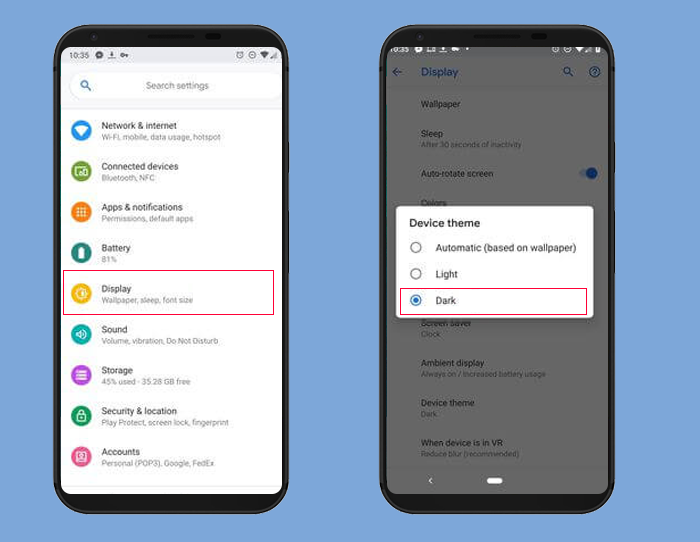 There are a couple of advancements in the notifications section also.

13. Improved Do Not Disturb mode

As we all know, the DND mode is for keeping away unnecessary calls and notifications away. With Android 9 Pie, apart from silencing notifications, the user can even silence visual interruptions.

The user can even put a star for the vital contacts, to keep up with the important calls. 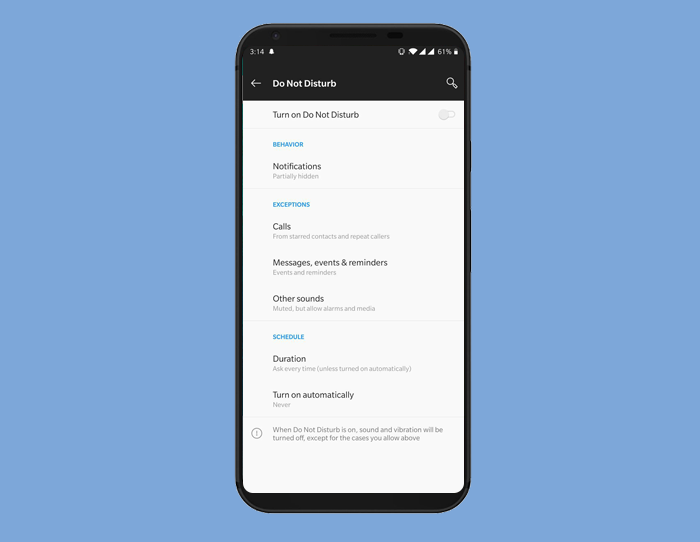 The following are the various media additions that are being brought along with the Android 9 Pie update.

Android 9 was first released for the Google Pixel devices; after all, there should be some add-ons of being one of Google’s product. Later, the tech giant started releasing the stable version of the Android 9 update to other devices as well.

Right after the announcement of the new OS, Google promised that apart from the Pixel devices, other devices also be compatible with the Android P beta

The first preview of the Android latest OS was an Alpha version; then the developer build was launched at Google I/O 2018 on May 8. The third Android P preview catered to APIs and official SDK, whereas, the fourth preview included security patches, bug fixes, and other minor changes.

The preview 5 was released for the final testing and finally, on August 6, the final version of Android 9.0 Pie update was rolled out.

Following are all the previews that were rolled out during the testing phase of the Android P Beta:

Initially, the Android P beta was made available for the following devices:

Sometime later, Nokia also jumped into the fray and released the Android P update (beta) to its other devices like Nokia 6.1, Nokia 7, and Nokia 8 Sirocco in the china region.

A very few people know about the Android Go Pie edition that was launched right after a week of Android 9.0 Pie introduction in the mobile industry. As per Google, Go Pie edition of Android is compact, faster, and way secured than the Oreo version.

The Go Pie edition was designed keeping in mind the space that gets engulfed with every new update. So, the new edition was aimed to free up more space on devices.

Apart from being compact, the Go Pie edition packs other notable features like faster boot times, a verified boot, and a dashboard for tracking data consumption.

Today on Technology: Your Online Guidebook on Digital Transformation