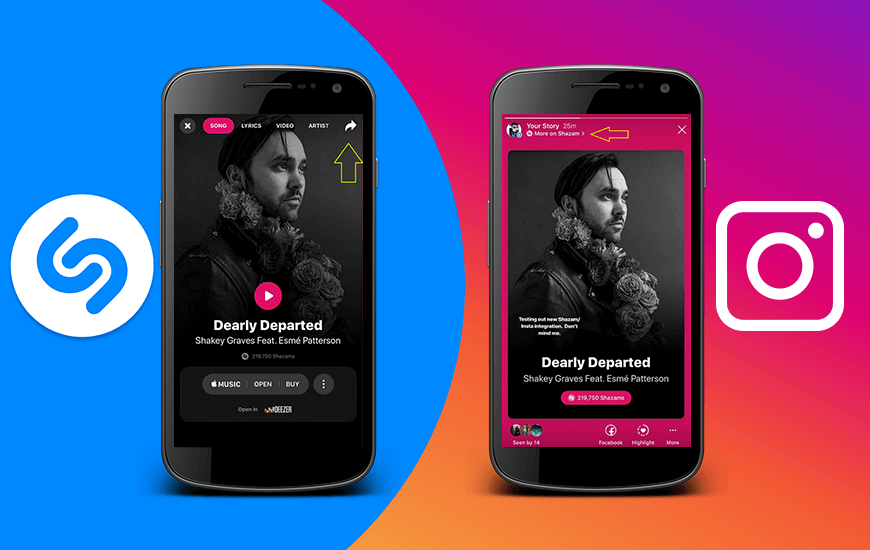 There is no stopping to Instagram. Every other week, the photo and video-sharing social networking service are coming with some or the other feature. In one such new move, Apple-owned Shazam app now let the user share songs that they Shazam directly to their Instagram Stories.

The new update has come to Apple devices with an update to version 12.3. It has now integrated the apps Instagram and Shazam.

Shazam is a well-known app that can identify music, movies, and more by recognizing a short sample using the microphone on the device. Exceptionally, by the end of 2014,  Shazam claimed that its platform was used to identify 15 billion songs, which speaks volumes of its success.

According to Apple's press release, the Shazam is used over 20 million times every day.

If you are looking to direct your first song from Shazam to Instagram, here are the steps for the same:

After doing this, you will see an option “More on Shazam,” which will take back to the song page in the Shazam app.

As of now, the new feature is being rolled out for the iOS users only, and will soon be followed on the Android platform. However, the company didn’t disclose the exact date on which it will be released for the Android users. The iOS users need to update their devices in order to use this feature.

Earlier, it was SoundCloud which let the user share the song on their platform that they Shazam directly. Instagram looks to have taken inspiration from the same.

Last September, Shazam was acquired by the Apple for a reported $400 million, and the American multinational technology company claimed to make the app ad-free.

PREVIOUS Apple Won't Reveal The Number Of iPhones, iPads, and Macs It Sells

Finally, Instagram added the option that users were craving for a long time. Instagram, now lets you post portrait and landscape images in a single album.In February, the company added the feature to post up to 10 photos together in a single post with the name album. After the update, the users