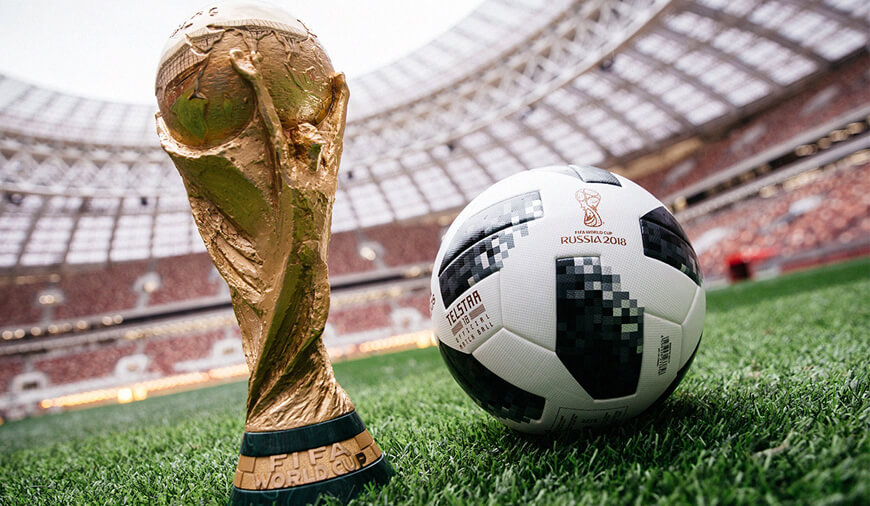 The most awaited sports tournament of the year is right here, FIFA World Cup 2018. The event brings one of the most exceptional football players into one place, and you get a chance to cheer your favorite teams. The tournament began yesterday, i:e, June 14.

The first match was between host nation Russia and Saudia Arabia in a Group A match at the Luzhniki Stadium in Moscow. Russia completely dominated the game from the very first second and won the very first match of FIFA World Cup 2018 with a 5-0 lead.

The competition is at its peak now, and today, Russia will host three matches including a Group B clash between Portugal and Spain. The last clash of the tournament will be on July 15, Sunday.

Being a football lover, nobody wants to miss the live action, but due to various complexities, it is not always feasible to watch every game. But with options like online streaming and TV broadcast, one can still match the pace. There are a couple of websites, which promises to deliver the online streaming of the FIFA World cup.

Here are all the available options which will let you get your hands on all the matches online and on TV as well. Kick-it.

For watching the FIFA cup on the smartphone, you can use iPhone and Android apps like Fox Sports, Fox Soccer Match Pass, or Telemundo Deportes en Vivo. These apps will help you to live stream the games on your smartphone directly.

In India, Sony Pictures Network India is the official broadcaster of the FIFA 2018. Therefore, the Indian audience needs to download the SonyLIV app on their smartphones. Once installed, you need to subscribe the service to watch full matches. In case, you don’t wish to subscribe to the service; you will only be able to catch the action with a 5-minute delay, that too with advertisements in between. This app will stream the FIFA World Cup 2018 matches in six languages that include English, Hindi, Bengali, Telugu, Malayalam, and Tamil.

Apple has also taken care of its football fans. For iOS users, AI-powered voice assistant Siri will help with live scores, schedules, standings and team list for the FIFA Cup 2018.

Help is right here for the people who are stuck in their offices and can’t move to the stadium due to their work schedule. But don’t worry, one can watch the live stream on SonyLIV.com. Also, the user has to subscribe to the services to view all the football matches.

There are also people who like to see their favorite team play on bigger TV screens. So for them, they can download the SonyLIV app on their streaming device, including Apple TV, Chromecast or Amazon Fire TV Stick.

In the US, Fox or Fox Sports 1 will be your broadcaster for the live streaming of all the matches. The Spanish viewers can choose between Telemundo and NBC Universo. And for online viewing, fuboTV will be the companion of the US Audience.

The residents of the UK can catch the live broadcast on BBC and ITV. Yesterday’s game between Russia and Saudi Arabia was aired on ITV while BBC will follow up with all the other matches.

All set now? Take out the jersey of the team you want to cheer and get going with any of the platforms you wish to see the FIFA World Cup 2018.

PREVIOUS Everything You Want To Know About E3 2018

NEXT Now, Instagram Feed Posts Can be Shared As Stories