Flutter new version will now offer support for both 64-bit and 32-bit Android apps from a single submission. 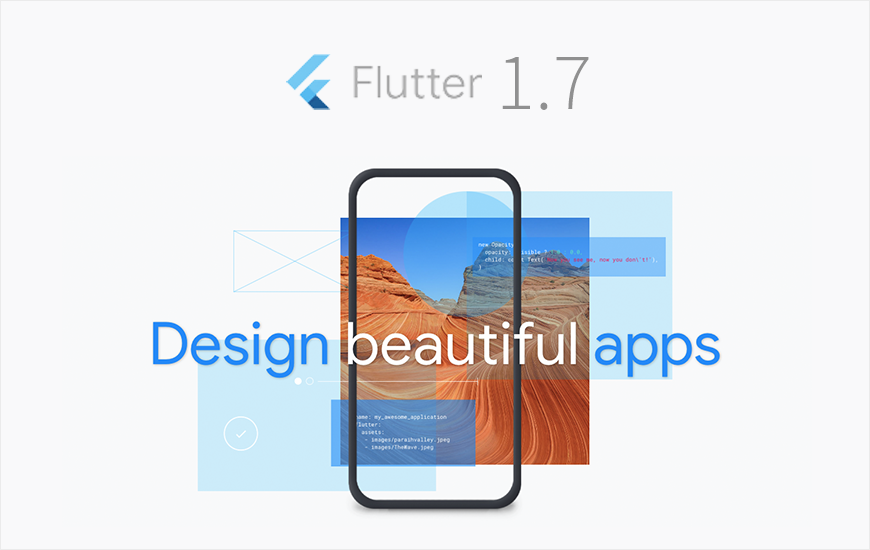 Google’s mobile UI framework, Flutter, is known for crafting high-quality native interfaces on Android and iOS in record time. It has gained a lot of popularity in the past few years and its inception has paved the way for many flutter app development companies.

In December 2018,  Flutter 1.0 was released and since then its buzz has been never-ending. Flutter regularly releases new updates and this time it announces the entry of the new version, Flutter 1.7.

To upgrade to flutter 1.7, you need to run a ‘flutter upgrade’ from the command line. An upgrade to a new version of flutter can also be found in a new installation section of Flutter.

The announcement of Flutter 1.7 came out as a smaller release after major announcements at Google I/O. In this new version of Flutter, AndroidX support for new apps, game controller support and a number of enhancements and bug fixes has been covered. 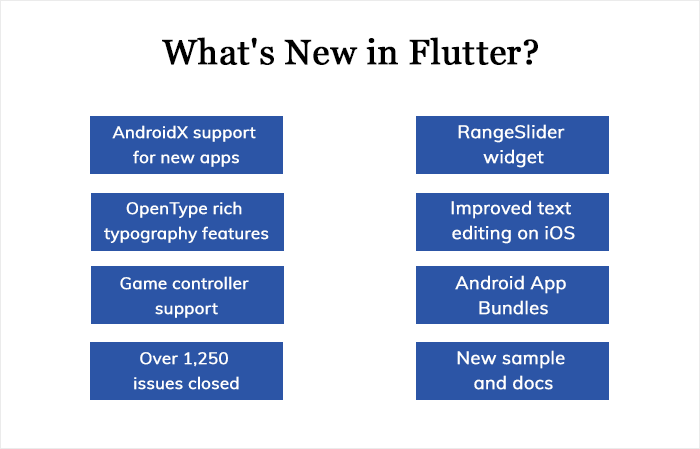 Below are the release notes for Flutter 1.7 for you.

1. Support for AndroidX in New Apps

AndroidX, a new open-source support library within Jetpack that aids Android apps to stay updated with the latest components without sacrificing backward compatibility. From now on, AndroidX will be stable and to support it a lot of Flutter packages have been updated.

Flutter support creating new Flutter projects with AndroidX is required to integrate with other parts of the Android ecosystem.

Flutter 1.7 features a new RangleSlider control that enables developers to select a range of values on a single slider.

The updated Snackbar widget got an updated look at the Material spec and many new samples were sumped up in the documentation. For Cupertino( iOS style widgets), the latest version of flutter has brought a lot of updates.

Majorly, it has supported the allegiance of the CupertinoPicker and CupertinoDateTimePicker widgets. It has also included support for the localization of non-English languages.

You will also notice a number of changes in the text selection and editing experience on iOS irrespective of whether you are using the Cupertino or Material design language.

The text rendering gets a big update with support for rich typography features that include old-style numbers, tabular and stylistic sets, and slashed zeros.

Look out the below demonstration for better understanding. 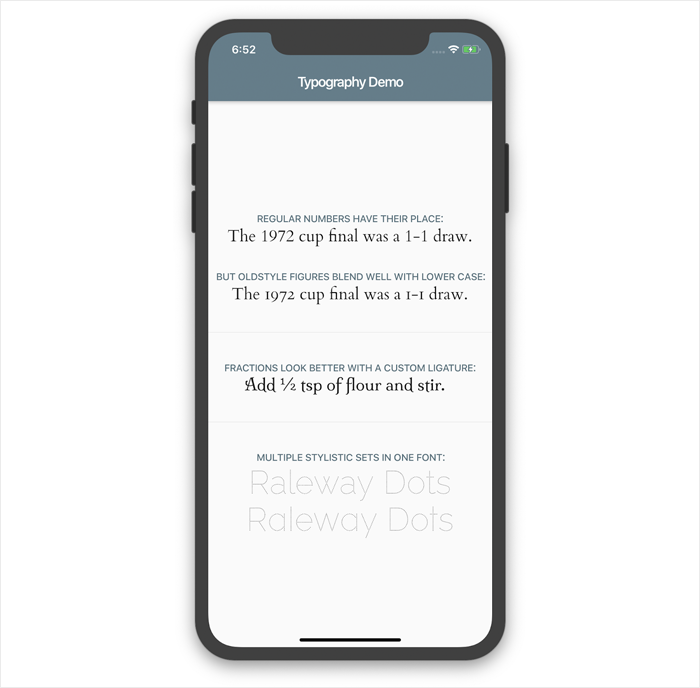 Flutter 1.7 has added support for game controllers that have created hope for some cool game apps based on Flutter.

Solving the customer's queries and fixing the reported bugs are the topmost priority and basic fundamentals. Flutter 1.7 is providing a better structure for the errors that can be utilized later with Android Studio and VSCode.

Flutter’s latest version has fixed the top crashing bug that created an error that led to the Flutter tool’s inability to write to the Flutter directory. Now, flutter will fail lightly, including clear suggestions on how to fix the problem if the user fails to write permissions.

In terms of documentation, with the help of Flutter create tool, a list of samples can be created directly. You can run a command from the command line like this: ‘flutter create --sample=material.AppBar.1 mysample’

If a sample can be created with this process, you will notice a “Sample in the App” tab in the documentation.

Much of the improvisation has been done towards enabling Flutter on Windows and macOS. In addition, the support for important concepts like right-clicking and unique platform infrastructure like MSBuild. Non-mobile platform support is likely to come soon on the stable channel.

For Flutter-based apps on the Mac, Flutter 1.7 has the support for the Xcode building system. It is turned on by default for new projects and can be easily accessible for existing projects.

In a recent StackOverflow survey, Flutter was recognized among the most preferred development frameworks and Flutter has come out as the top fastest-growing skills for software engineers, as per the Linkedin report.

What are you expecting next? Stay tuned to MobileAppDaily for more updates on Flutter.

NEXT How to Upload an App on Play Store?

Top Mobile Cyber Security Threats To Look Out In Late 2021

We’ve all heard of virus and hacker threats penetrating our laptops and home computers, but now our mobile phones have fallen victim as well. You could have malware or spyware on your device without your knowledge. So if you are curious about what is the greatest threat to the security of mobi