What are the common Android App Development Challenges in 2021?

Prepare in advance for the major challenges in Android app development and easily create Android apps. 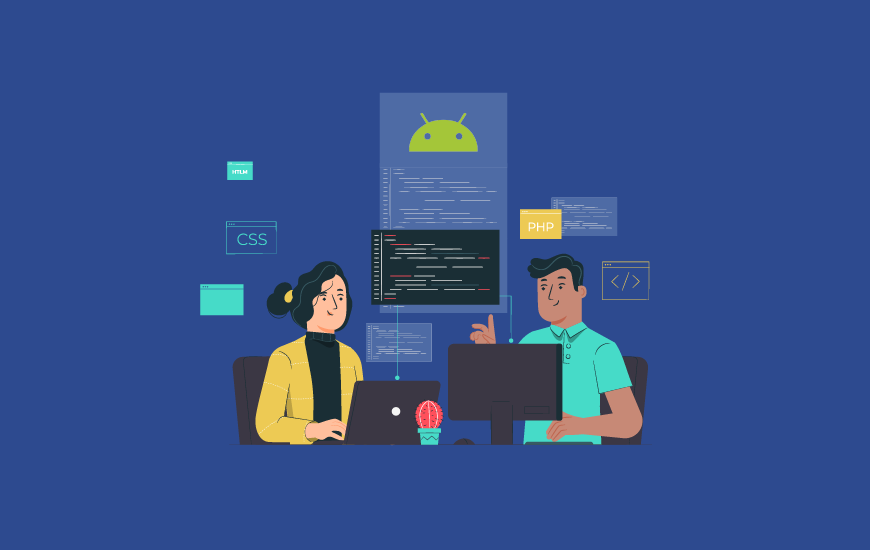 Developing Android apps is an evolving process that has come a long way since its inception. Though the process has been simplified, new technological advancement and the inclusion of new features and functionalities keep things challenging for developers.

There are numerous things to consider while you create Android apps. From its global users, free availability, to extensive use in various devices, all these are indicative of its popularity. Despite its popularity, there are some major challenges in Android app development, which we will discuss here.

There are many Android mobile app development challenges developers face in day-to-day processes. It is better to inculcate an understanding of the possible android development challenges before you set a course to create Android apps. Despite enormous segmentation, still, significant bugs are visible because of logical errors. Bugs are preventable with the implementation of the right Android basics.

There are certain do’s and don'ts that must be followed for easy Android application development. However, despite following these principles, there are challenges that Android developers regularly come across. Let's take a look at some of those challenges.

Perhaps the biggest challenge that arises during Android application development is that various devices run on different versions of the Android operating system, which makes it tough to keep abreast of the changes. While most developers keep up with the latest Android versions, this approach is not right as a small fraction of Android users uses the latest version of Android. The mismatch of Android versions results in missing out on a significant part of the target audience at the client’s end.

Another problem is that Android allows OS customization to major smartphone manufacturers such as Samsung, LG, and Sony. This often results in varying standards for each device. While some devices carry exceptionally unique features, others have only basic ones.

Apart from the design and the steps taken to create Android app, what is even more important is its promotion. The marketing phase, sometimes, proves to be highly challenging for Android developers if they are not aware of the latest marketing tactics.

With our discussion with app developers, we came to know of the following significant marketing challenges that they face.

Someone may develop a quality app with great UI, graphics, and functionality, but if they can’t get it in front of the right users, their app is not going to get the returns.

App developers often resort to ASO (App Store optimization) or turn to ad networks that further drive app installs and traffic, all the while dealing with the concern of whether the expenditure to acquire users is exceeding the money flowing in the business.

According to recent lawsuits, features of your app might be declared null, thanks to the patent law. Due to lawsuit issues, paying licensing fees at the manufacturer’s end is also a possibility. Predicting whether the app will get patented or not is not easy, but this litigation often makes developers uneasy while building an app.

Mobile app companies take into consideration this litigation and give instructions to developers accordingly. Google has made a strong stance against patent litigation to ensure it gets followed properly. According to Google, there are certain standards that every developer needs to follow while developing an Android app to get the patent without any hassle.

Along with the availability of a variety of hardware in the market that creates hardware fragmentation, an array of OS versions is also available out there. Due to the presence of numerous OS versions, it becomes difficult for Android developers to keep pace with all the versions of Android. Many devices have not yet upgraded to the latest OS version, and this leads to the malfunction of an app, or it might not even seem functional on an older version.

Android and iOS are the two biggest platforms. With more users onboard, Android is available for many devices. Hence, building a compatible app with varied sizes becomes a challenge for an untrained professional. The availability of so many devices may even waste a lot of time in dealing with various keyboard formats, different features, different screen sizes, and the separate camera.

6. Effects of App on the battery

Even though Facebook and Spotify are high-competence apps, they suddenly consume the battery. Most avid smartphone users often complain about the battery life of their phones. Using Lithium-ion batteries is a good idea but app developers still face the challenge of developing an Android app that consumes minimal juice.

To leave a good impression while providing optimal user experience, a developer should design an app endowed with the latest features, high-quality visuals, and multiple interactions to ensure the app goes easy on the battery.

Android is a robust platform that is scaling new heights with every new version. There are users for every business on Android. It’s up to you how you make the most of this amazing platform. Though Android and iOS development are completely different, many of the apps created on both offer similar functionality. It is a challenge to keep the experience similar despite the platform’s differences.
We tried to touch upon all the major challenges of Android app development and how a little preparation on your part can go a long way. In case you have any queries, suggestions, or want more details about top android app development companies, get in touch with MobileAppDaily.

We’re relying more and more on mobile apps with each passing day. They’re part of everything we do, everywhere we go, and everyone we talk to. That’s a ripe opportunity, but with great opportunity comes great challenges, especially when it comes to scale.Mobile apps have change

You want to start a business, but what's holding you back is the question of choosing a market niche. Or how to identify your business niche? Then you can stop worrying! We recognize that this can be difficult: You can still feel as though you haven't discovered the one thing you were meant

How To Build Apps For Foldable Smartphones?

From the very initial days of the newly evolving smartphone industry back in 2008, there has always been a strive among the blue-chip smartphone manufacturing companies to increase the size of the display panels; they can fit onto a particular smartphone form factor to increase their customer base.