Things You Can Learn From Celebrity Mobile Apps [2021]

These four types of celebrity apps are currently trending. 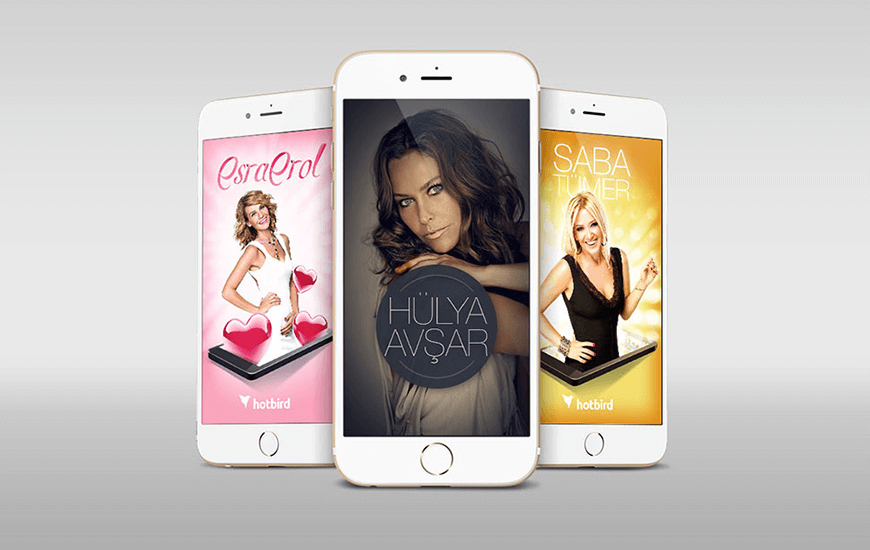 Ever since the 'Kim Kardashian: Hollywood' made its debut in the app stores, back in the year 2014, a revolution started. This celebrity app revolution was from the result of the smashing success that Kim Kardashian received and shortly after other celebrities followed suit.

At that point, the true caliber of a celebrity mobile app was first witnessed by the gaming, lifestyle app and entertainment industry with a high-level magnitude. We are aware of the fact that the celebrities themselves are brands and how these brands are making their way in the Android and iOS app stores.

According to a recent survey, it was concluded that mobile apps that are backed up by big female celebrity names have now become the largest source of revenue in the gaming market that is known to be male-centric. The celebrity apps are not just limited to a single category, in fact, they are taking over various different categories like:

So, now let's have a look at the different types of celebrity mobile applications that are currently trending in the market. As celebrities are becoming more tech-savvy, they are now launching apps that are highly personalized and creative. 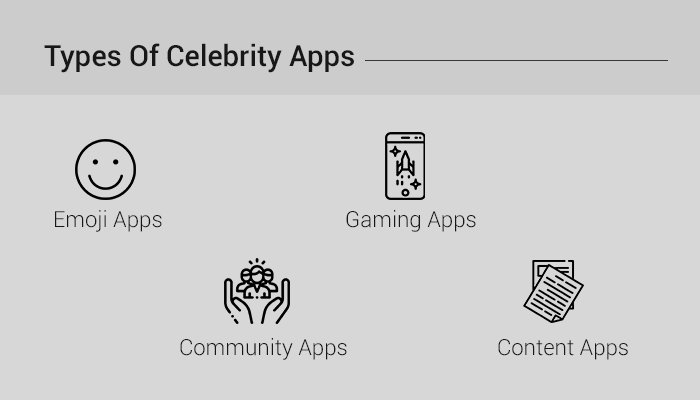 The emoji mobile apps are relatively new in the market but again the credit has to go to the one and the only Kim Kardashian for introducing another viral trend. In the year 2015, the Kimoji mobile app was launched that featured a customized set of emojis of Kim Kardashian.

In just a couple of weeks, more celebrities including Justin Bieber, Lady Gaga, Rick Ross, Amber Rose also launched their own emoji applications in the market.

These emoji apps come with special packs of customized celebrities emojis, these emojis are inspired by certain expressions of that particular celebrity or they can be describing any certain occasion from the celebrity's life events. The price of these emoji packs ranges from $0.99 to $2.99 and the best part is that people love these types of app.

Because emojis are used to express emotions which messaging and using their favorite celebrities iconic moments in the form of emojis, makes people more relatable with celebrities. 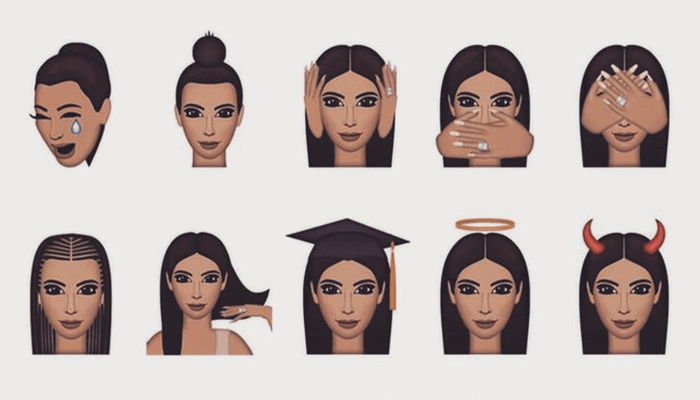 Another reason why a number of celebrities are coming forward with their own emojis is that these emoji apps are comparatively cheaper to build and provides an instant boost to the popularity level of celebrities.

The community apps are the applications that act as a social platform where the celebrity and their fans can interact and basically create a huge support community for that particular celebrity. One of the best examples of this type of app is Taylor Swift's app, which is known as the 'The Swift Life'.

In such social platform celebrity apps, the users can get to know about the latest news and whereabouts of the celebrities and also gain access to some exclusive photos and behind the scene videos of the celebrities music video. These community mobile apps, allows the users to make a custom user profile from which they can easily comment, share, and like the posts in the mobile app.

Taylor Swift’s community app is basically nailing the game because she herself replies to her devoted fans posts and remains fairly active on the social platform. This type of celebrity app is mainly known for weekly event updates and a great to discover new content through daily celebrity update posts.

Although, the swift life is a free application it does have in-app purchases in it which ranges from $2.99 for customized emoji packs known as Taymojis to $149.99 for VIP concert tickets.

As we have already discussed, the gaming category is where the celebrity apps skyrocketed so let's have a look at some of the best celebrity game apps. Ellen DeGeneres is a well-known comedian who has been in the celebrity business for more than three decades and has gained a following of millions of die-hard fans. 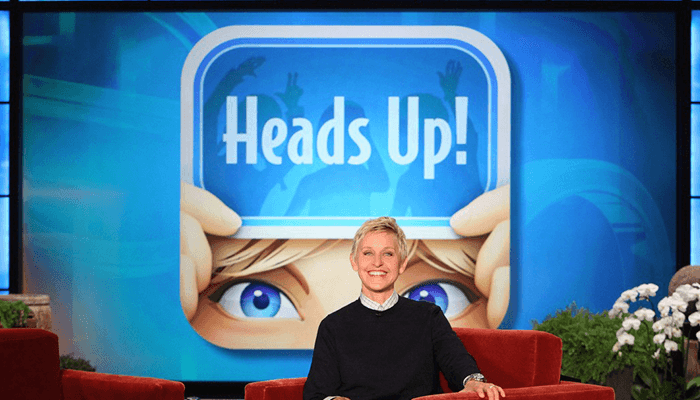 Ellen's game called the 'Heads Up' is a simple and easy card game that is super fun to play. The game of heads up is one of the many games that Ellen herself play with her other celebrity guests on the Ellen DeGeneres show. In this game, one player has to guess the word shown on the smartphone screen while placing it on their forehead and the other player will act it out to help them in guessing the word right. For each word that is guessed right, the player gets a point.

Another successful example of celebrity gaming application is the PewDiePie's Tuber Simulator, this game is by the youtuber with the largest number of channel subscribers, Felix Kjellberg also known as PewDiePie. This game is basically a simulator where the end-users can compete and try to become the biggest youtuber of all time.

The majority of gaming celebrity games are often free to download but may consist of various paid features that can be accessed with the IAP services. Some of these mobile apps also come with the option of subscription and the price is different for every subscription plan. For example, Kim Kardashian's app has three subscription plans which are, bronze plan for $4.99, silver plan for $19.99 and a gold plan for $49.99 per month.

One thing to keep in mind is that no celebrity app can be a success without adding the personal touch of the celebrity itself. Like PewDiePie did his own voiceover for the simulator game, to make his fans more connected to the application.

There are several apps that come under the wing of the content application type, now the content that is shared on the celebrities apps is related to the thing that they are famous for. For example, if a celebrity is known for their fitness and health then they will be sharing their tips on health and fitness routines through their mobile apps. 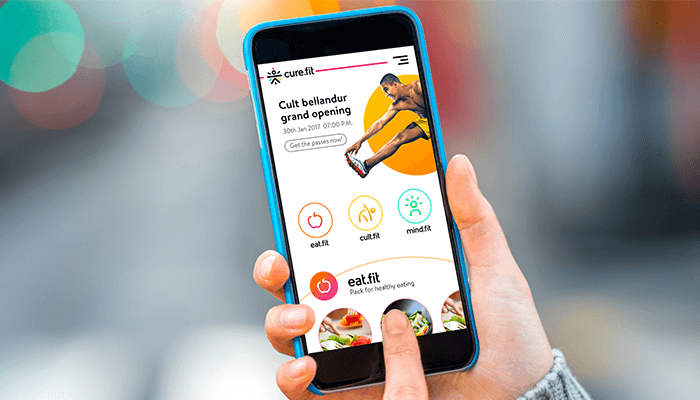 Let's understand this with the help of an example, the celebrity mobile app 'Jamie's Recipes' is known to share his cooking instructions in a step-by-step detailed format. The content you will find on Jamie's app is in the form of videos, photos, how to cook guides and ingredient lists, etc. Jamie has two versions of his app, one is the free version and another is a pro version that costs almost $10.

An app by the name of 'The Sweat' has been listed as a high performing celebrity content application which is estimated to hit the mark of $75 million in the upcoming months. The sweat app is by the widely famous fitness trainer, Kayla Itsines, who has been training fitness enthusiasts since the time of DVDs.

Now, let’s see which other celebrity apps are performing well in the app stores. 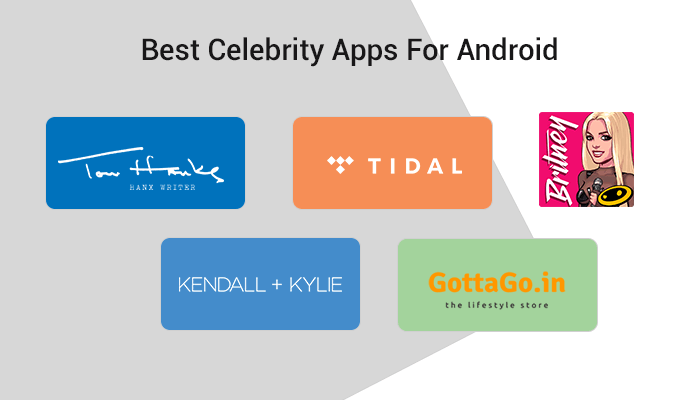 These are some of the best celebrity mobile apps for Android and iOS users that you should definitely check out. Also, we would love to hear what you think about these celebrity apps, just leave a ‘Comment’ in the section down below by the name of your personal favorite celebrity app.

We hope that with this article, we have shared some important insights related to celebrity mobile apps and the different types of celebrity apps. If you want to keep updated with more such interesting posts then don’t forget to click on the ‘Subscribe’ icon of MobileAppDaily.

PREVIOUS Why Is Apple Watch Series 4 The Talk Of The Town?

NEXT How To Make A Mobile App More Addictive in 2021?

Omegle is one of the best online chat platforms for users to connect with random strangers from across the globe. Since its inception, this platform has gained huge popularity because it allows free texts and video calls between users while being anonymous. However, the site is poorly moder

Since the last decade, the app market has expanded exponentially. Every day, almost 6000 apps are added to the app stores. This makes the life of a new app a little tough to sustain the cut-throat competition.Once an app is rolled out in the market, it’s core purpose is to acquire as many

Grubhub vs Doordash - Which food delivery service is better?

Google News vs Flipboard - An In-depth Comparison to Find Out Which Mobile News App is Better?

The competition among top news apps is quite intense as every news app is trying to optimize itself by delivering news in the fastest possible way. To achieve this goal, some top news delivery apps like Flipboard, Google News, Inshorts, and so on have been continuously optimizing their user interfac