Developers looking to explore their horizons can benefit substantially from getting a hold on the blockchain app development technology. 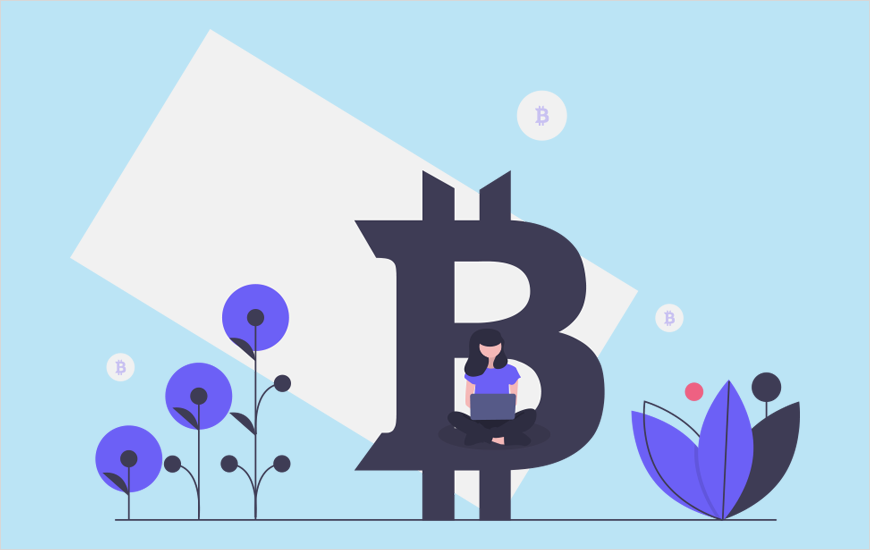 Blockchain has remarkably transformed the way businesses conduct transactions. Apart from bring secure, this open, disruptive technology is also lowering costs, speeding up processes, and building a new level of trust. When something as giant as the blockchain emerges from its shackles, developers are expected to take the driver‚Äôs seat and learn how to develop blockchain applications. It is the new in-thing today for app developers. Why?

As per a recent study on the requirements of blockchain engineers, there are 14 jobs available for a single professional. Yes, you read that right. This speaks volumes of the scarcity we have today in the blockchain technology.

How to Create a Blockchain 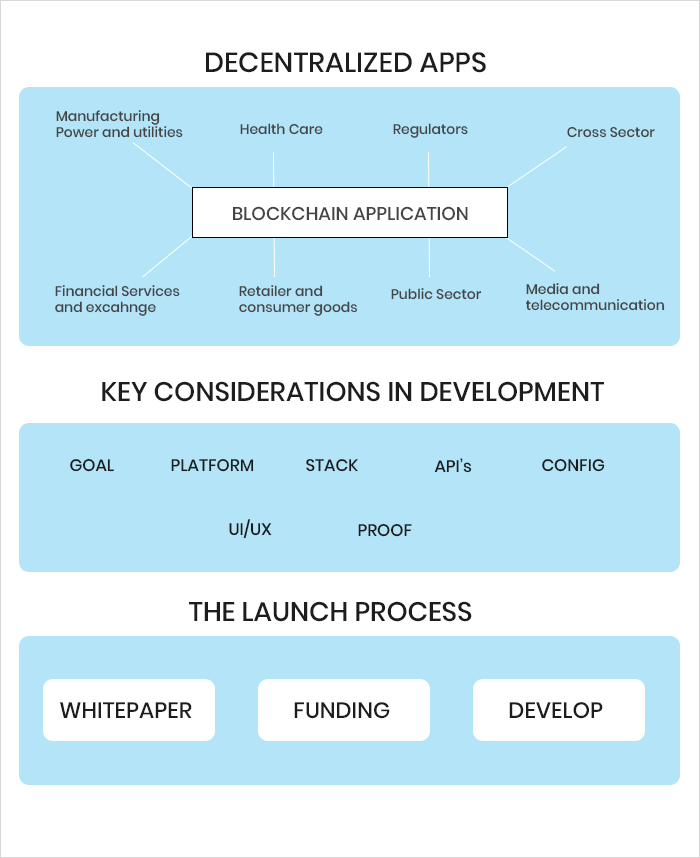 It is beyond the benefit of a doubt that we are in the era of blockchain technology but the golden period is yet to come. We all remember the hype that felt like a tsunami when blockchain was first introduced eleven years ago. 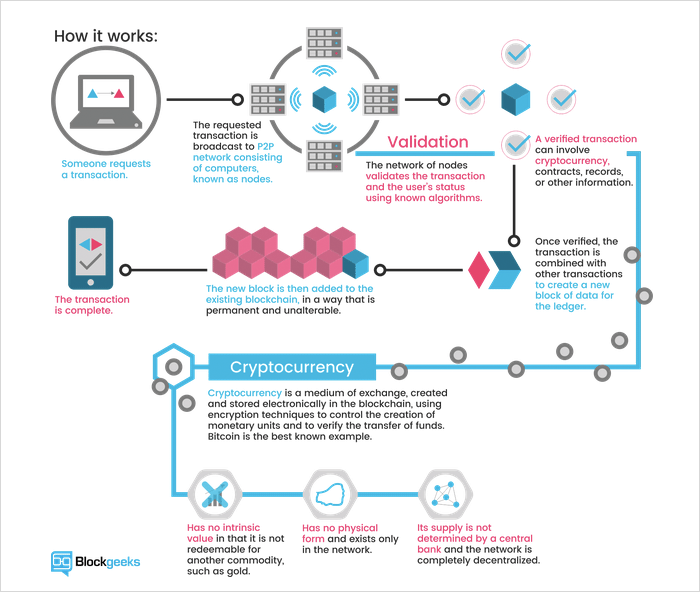 The blockchain is still enjoying the status of being an innovative and revolutionizing technology that is not known to many. So let‚Äôs start by taking a look at the basic terms that will be used further in this article.¬Ý

1. What Is A Blockchain App?

If this doesn‚Äôt satiate your nerdiness, check out Satoshi Nakamoto‚Äôs whitepaper on bitcoin.

Milestone 2: How to Code a Blockchain

Just like any other mobile application, Blockchain apps also have a structure that includes coding for the front-end and back-end, too. However, you will come across tons of challenges.

But before presenting you with the coding blocks, here are some of the main keywords you should remember:

Now the basics are clear, allowing me to move further to the coding charts.

2. How to Build a Blockchain

We will be breaking the code here to offer you a better insight.

The very first section of the coding represents the creation of the genesis block with the following codes:

The genesis is the very first block. The thing that makes it special is that it does not point to the previous block as every block in the blockchain structure does. Let‚Äôs Proceed To Another Section:

To add the blocks, we need to know which is the last block in the current blockchain technology. For the same, we used the following functionality.

Now that we have determined the latest block, let‚Äôs see how we are going to add new blocks.

By far we know the hash value of the last block is the same as the value of the currently created block. So, how can we find out these values? Simply by measuring their values.¬Ý

If both the values are equal it means the blocks are justified.

Now it comes to checking the validation and the stability of the codes and for the same, the coding goes as displayed below in the table. The ‚Äúfor‚Äù loop is to go from block 1 to the last block.

In this part of the code we are defining two terms, current block and previous block. ¬ÝAnd now we are simply going to find the hash of these two values.

And now you are done with the basic blockchain application. We just successfully coded a new blockchain-based cryptocurrency and that is named as BlockGeeksCoin. Here, the Genesis block was developed automatically once the constructor was activated.¬Ý

Smart contracts facilitate the exchange of money, property, and other valuable objects without the involvement of a middleman. Smart contracts need to run on multiple nodes without compromising on integrity. The infographic below gives an insight into how the technology works. 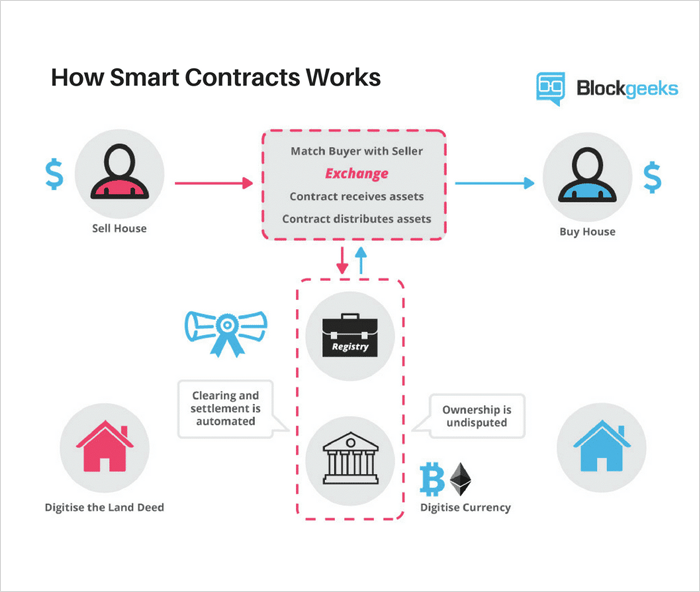 Blockchain based applications offer ample of benefits from transparency and decentralization, to easy accessibility. Let‚Äôs take a look at all of them in detail.

One of the most important benefits of blockchain is that there is no requirement of a third party resource or any intermediary to validate the transaction. The consensus mechanism is all that is required to agree on the transaction mutually.

The peer-to-peer blockchain application is based on thousands of nodes and the data is updated on every node. This way, the system becomes highly-available. Even if the nodes become inaccessible, the advanced system, as a whole, will continue to work, thus making the complete blockchain network highly accessible.

Cryptographically, all transactions on a blockchain are secured as each transaction is tied to a previous transaction.¬Ý

Blockchain plays a crucial role when it comes to functions like trade-settlement that contribute to leveraging a much faster deal. On a side note, the process of verification is not lengthy as compared to other such processes. There is no involvement of any middleman here, which also means that the transaction can be done much faster.

No third party involvement is required in blockchain transactions and thus, it eliminates the additional costs associated with a middleman in such transactions.

Another important thing that every aspiring developer should keep in mind is to stay ahead with every major development in the blockchain sector. We recommend you to join various online forums where healthy discussions are frequently held.¬Ý

However, such beginner knowledge of blockchain wouldn‚Äôt do the job for you and so it is recommended that you hire a leading blockchain app development company that can build a blockchain application as per your requirements.

Being a part of the Reddit community will certainly help in gaining more proficiency, while Github pages and stock exchange are other sources of information for a budding developer.¬Ý

This beginner‚Äôs guide will not only give a kickstart in the world of blockchain development but will also help you polish your basic skills of coding. However, this won‚Äôt be enough to let you become a comprehensive blockchain coder. Keep reading more and practicing as much as you can to gain expertise.

PREVIOUS What To Expect From Apple WWDC 2018 - Rumours