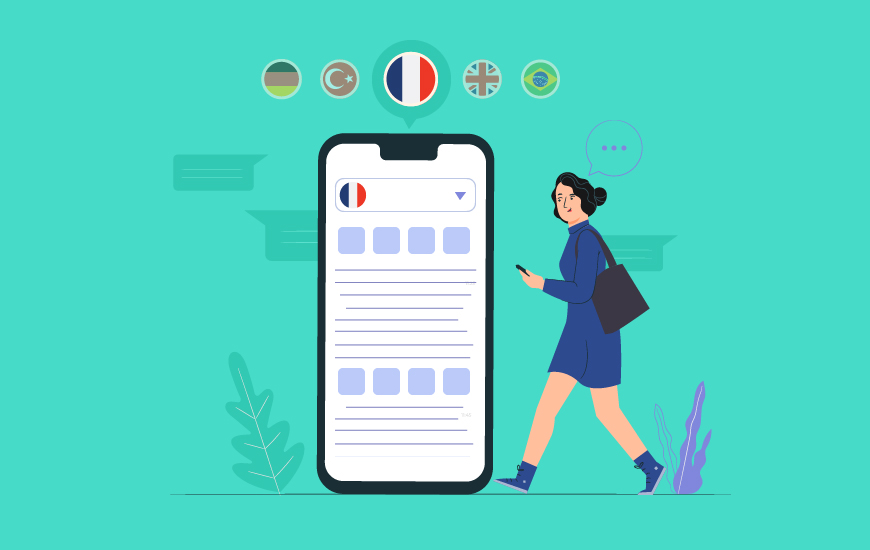 By now in the mobile app industry, it is almost necessary to launch your product globally for better outreach and greater revenue collection. In order to make your app known on the world stage, you need to consider crucial factors including the culture of users at different regions. In addition to this, you also need to be aware of the fact that pre-launch marketing and post-launch marketing are two very different approaches and cannot be considered as one.

Customizing your app and adding features in accordance with the relative culture of the users will help your app to sustain longer in the mobile app world. App Annie states in reports, that 72% users are not English native speakers and when an app is launched in country’s native language revenue increased by 26%, whereas downloads get a hike of 120%. Before developing your app you must be aware of some stats regarding culture, which should be considered while designing the app and adding features that suit the users in respect of language, geography, usability and other important factors.

Let's get a Deep Insight

Culture is an important factor that will shape the usability and functionality of your app. Considering the culture-based factors in the initial state of app development helps to guide the features and options of the application which ultimately turns it into a global success.

PREVIOUS How Cloud Technology is Beneficial for App Development in 2021?

NEXT IBM Rolled Out Bluemix to Strengthen Mobile App Security

With over 5 million applications on Google Play and the App Store, building a sleek mobile app is just half the journey. In order to propel your masterpiece to the top of the app store download charts and acquire users, you need to invest in marketing as well.Marketing is where app start-ups usu

App Promotion Via Instagram: A Comprehensive 2020 Guide For Beginners

Instagram! The most preferred social media platform for sharing photos and videos.As the platform has picked the momentum, it can’t only be justified as a network for personal use. Today, it has become a global platform that is bringing brands closer to its customers by humanizing its cont

Running a business implies making your own items without any preparation, spending loads of upfront cash, and taking care of everything from delivery to bundling and client support.That has changed a lot over the years, and a standout amongst the most well-known patterns is called dropshipping.