From Interoperability to stable coins, learn about the latest blockchain technology trends that lead the change in 2021. 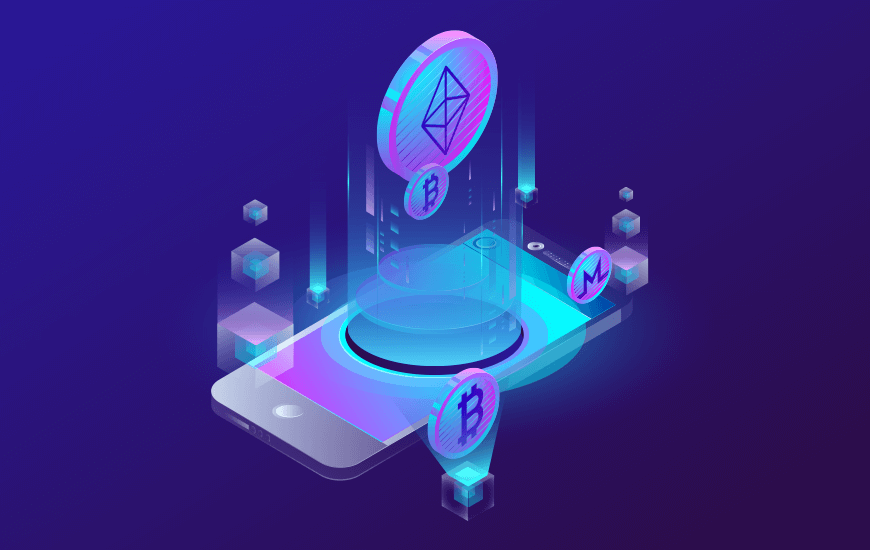 Blockchain technology first made its official appearance more than a decade ago, in the year 2009. Since then, the world has seen an exponential transformation in this remarkable technology. From the retail sector to the field of Real estate, Healthcare, and Medicine, blockchain technology has made its way into various industry verticals, thus making blockchain trends the most searched keyword.

The future has a lot of blockchain technology’s future scope and applications based on it. Let’s take a look at the top emerging blockchain development trends in 2021, that will shape the future of blockchain.

Top Blockchain Trends in 2021 that will take over the world

The year 2020 brought a lot of applications making use of the latest blockchain technology and 2021 is likely to follow the suit. It is sure to take mobile app transactions and business functioning to newer and unimaginable heights. Here are the top emerging trends in blockchain technology.

Cryptocurrencies are a side product of blockchain technology and are volatile. As of now, stable coins are in their initial phase and it is predicted that 2020 will be the year when blockchain stable coins will achieve their all-time high, thus making them the second most looked forward emerging tech trend in the industry. 77% of the financial institutions adopted this technology as a part of their in-production system or process.

Limitations of Stable Coins in the future of blockchain technology

2. An expected Rise of Federated Blockchain

The term Federated Blockchain can be referred to as one of the best blockchain latest trends in the industry. It is merely an upgraded form of the basic blockchain model, which makes it more ideal for many specific use cases.

For instance, in this type of blockchain, instead of one organization, multiple authorities can control the pre-selected nodes of the blockchain. Now, this selected group of various nodes will validate the block so that the transactions can be processed further. 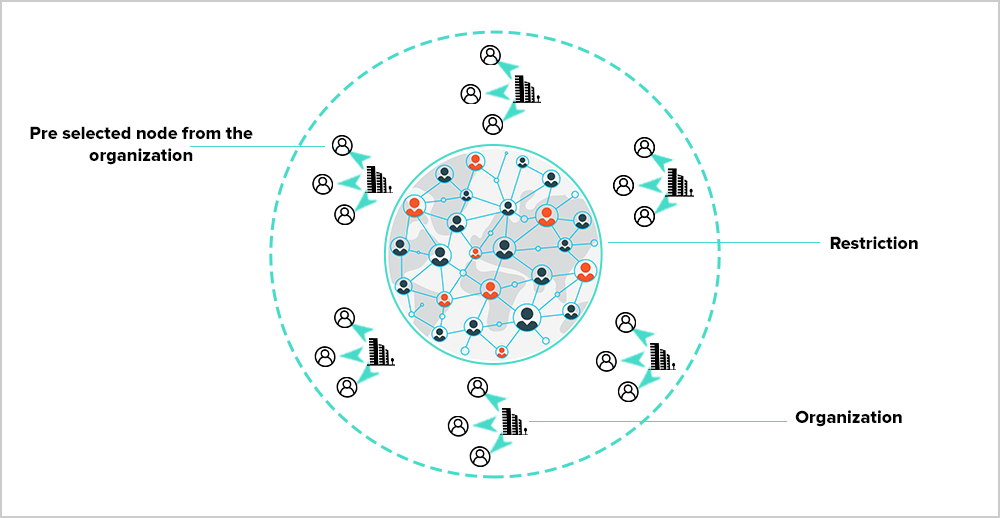 Some blockchain facts of Federated use already in motion:

Another blockchain trend we expect to see in and after 2021 is its use in achieving the better governance goals of today. In blockchain future technology trends its application in realizing the ESG goals will give investors reason to look forward to this latest technology. Investors will find the ventures to be environmentally conscientious, socially responsible, and governed ethically, in turn helping in the common sustainable development goals.

Already, there are many case studies available supporting this application of Blockchain technology. Context Labs use providence and proved data on the emissions to improve the air quality. One of the future uses of blockchain, this study is facilitated to minimize the carbon footprint of these giant operations.

Some of the best blockchain companies that provide similar use in the future of blockchain applications are Settlement and Copperwire working with organic matters age-old and degradable material like wool and latex.

It shouldn’t come as a surprise that social networking has become part and parcel of our daily lives. In fact, according to Statista, it is estimated that by the end of 2021, there will be around 3 Billion social media users around the globe.
The introduction of blockchain in social media will be able to solve the problems related to notorious scandals, privacy violations, data control, and content relevance. Thus, the blockchain blend in the social media domain is another emerging technology trend.

With the implementation of blockchain, it can be ensured that all the social media published data remain untraceable and cannot be duplicated, even after its deletion. Moreover, users will get to store data more securely and maintain their ownership. Blockchain also ensures that the power of content relevance lies in the hands of those who created it, instead of the platform owners. This makes the user feel more secure as they can control what they want to see.

Blockchain interoperability is the ability to share data and other information across multiple blockchain systems as well as networks. This function makes it simple for the public to see and access the data across different blockchain networks. For example, you can send your data from one Ethereum blockchain to another specific EOS blockchain. 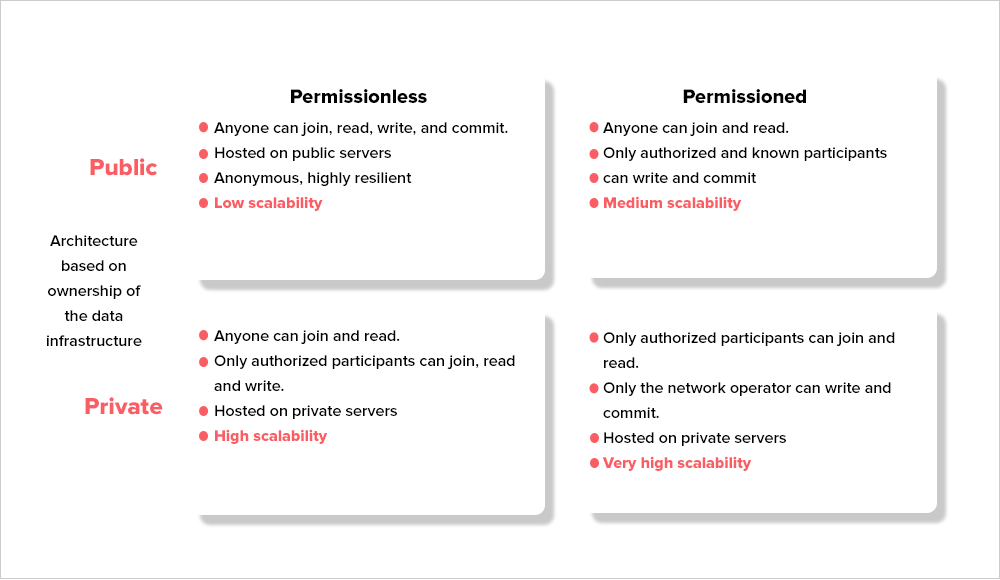 Benefits of Interoperability Between Blockchains

Content Streaming is one of the emerging blockchain technology trends of 2020 that will be highly popular in upcoming years as well. Movie streaming services like Hulu and Netflix can incorporate this technology and its solutions to store user data in a more secure and easily accessible manner.

There can be many other applications of blockchain solutions for its properties, like interoperability, federated blockchains, etc. Such video, music, and social media streaming companies can also opt for a similar API of blockchain technology that will enable third parties to read and even write information on the respective blockchain itself.

Blockchain services will also play a crucial role in cutting the intermediaries from the process and will bring the buyer and seller face to face. The absent trust will be compensated with the robustness of the blockchain and its ability to retain its value.

Last but not the least, Blockchain will facilitate the fractional ownership of the property which can only be a dream till yesterday. With its abilities and easy shareability, a fractional ownership will be a reality, enabling millions of fractional investors around the world, playing crucial roles in the real estate industry.

The next step in the future of blockchain technology is hybrid blockchain, which can be simply defined as the blockchain that attempts to use the most appropriate part of the public as well as private blockchain solutions.
If we opt for an example of an ideal world scenario, then hybrid blockchain will be mainly controlled across various platforms. On the other hand, there are some authorities for whom the processes are stated as private, while for the others, they remain public. 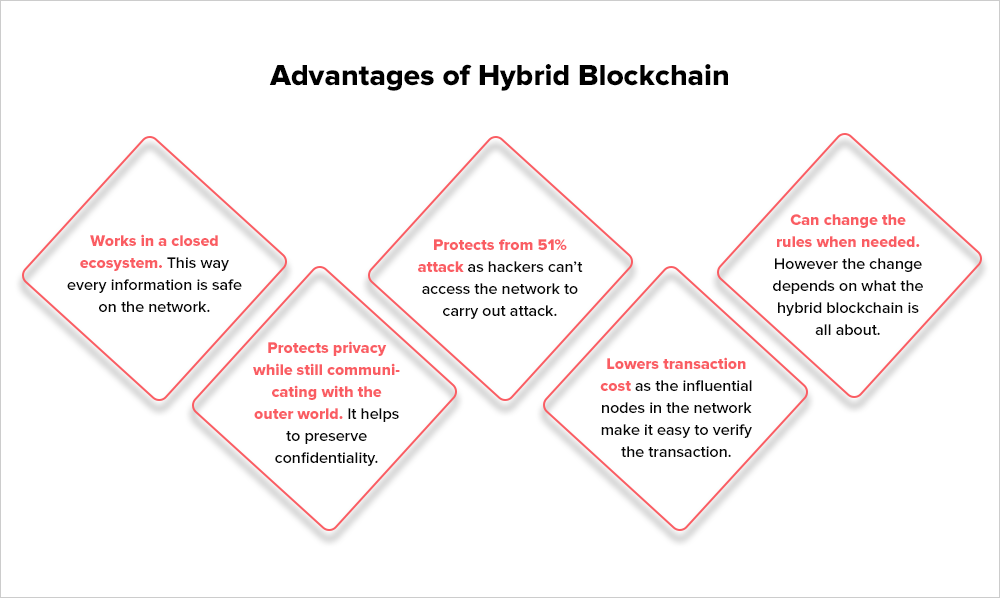 Looking at all these recent blockchain technology trends, one can say that the year 20120 will be quite a significant time for this emerging technology in various industries. There's no denying the fact that the technology of blockchain is likely to impact many different industry verticals differently.

Other than this, we’ve also released a report on the top blockchain app development companies in 2020. Our report is based on real-time data that our team of experts compiles after hours of research.

PREVIOUS Nintendo Switch To Top The Console List In 2019

How the Metaverse will Affect the Business Landscape

The metaverse is a bit of an enigma but the metaverse impact on business across the globe is clearly visible. Admittedly, it’s not exactly in its best state yet. And still, multiple forward-thinking companies have already started designing and creating products for the virtual world to get ahe