Find out which apps trends are making the mobile industry soar to new heights! 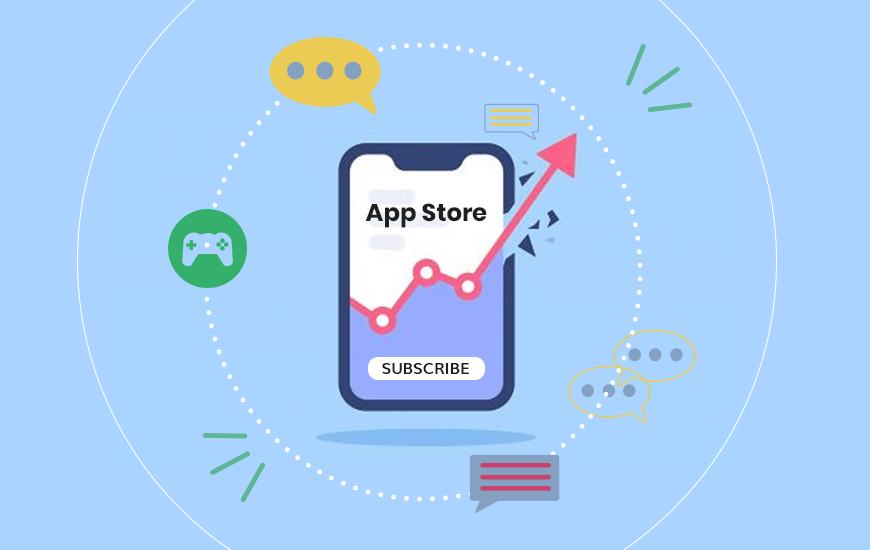 In today's technology cladded world, almost everything can be managed with the help of our smartphones, or rather we can say, by the mobile apps. Mobile apps closely set the parameters of consumers' lives and corporate growth, and we just can’t deny this very fact. The prominence of apps has further strengthened with 2018 marking a decade of the existence of the Apple App Store and Google Play Store, bearing testimony to the fact that mobile apps have become an essential part of our lives.

In a recent research report compiled by App Annie, the app analytics and market data research company, the growth rate of mobile apps and its revenue is expected to increase multi-fold. These mobile trends will most definitely fuel the app economy and also help in increasing the usability of mobile apps. Without much further ado, let’s get straight to it.

The global app store consumer spending is expected to surpass $122 billion and grow at an impressive rate of 5x of the global economy and China tops the chart with the lion’s share. However, this number only represents a part of the total growth in the mobile economy.

The growth in mobile spending is also going to roll on with in-app advertising and commerce spending, which takes place outside of app stores like transactions through Amazon and Uber applications. 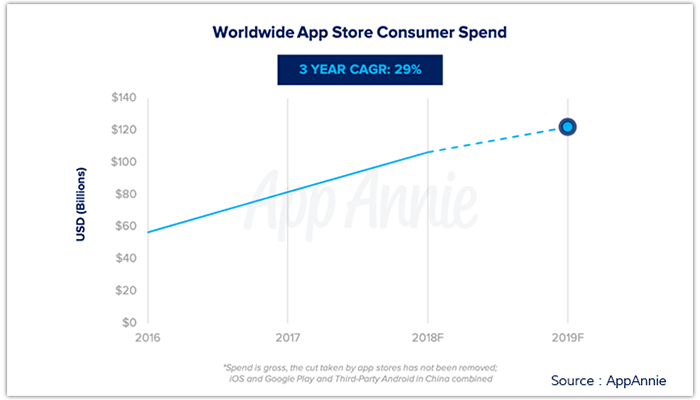 Gaming apps will primarily be responsible for driving consumer spending growth, as mobile gaming is growing at a breakneck speed. But China’s part in gaming may be slowed down a bit because of the game licensing freeze in China.

If we talk about the device install rate, it will be driven by Android devices and in apps per device is also expected to grow significantly in emerging markets like Indonesia.

The mobile gaming experience in 2018 was well complimented by upgraded smartphone specs and addictive app store games like Fortnite and PUBG and put them on par with real-time strategy games of PC and consoles. Overall, the casual and hardcore games will be the top picks in 2020, making it our next mobile app prediction of 2020

With a 60 percent market share among all gaming platforms, mobile gaming will rule the gaming market and due to the game licensing freeze in China, the expansion of gaming will be done within unconventional boundaries. It will result in more mergers and acquisitions. 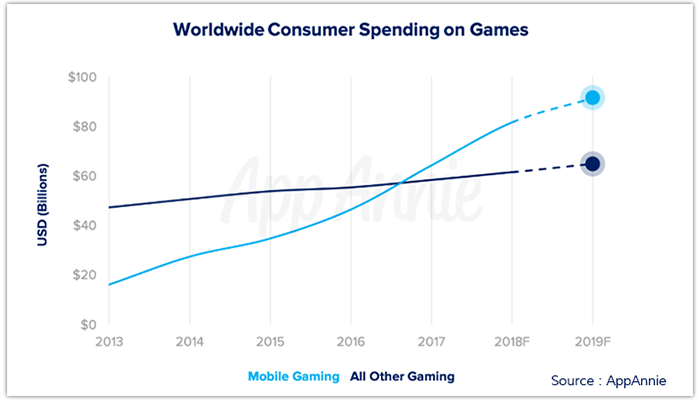 Another factor that will play a significant role in the growth in mobile gaming is the massive rise in multiplayer and cross-platform gameplay. Not to forget, the introduction of 5G service in 2020 will add-on more value to the mobile game experience.

3. Streaming Video On Mobile To Double

Here’s the next mobile app development prediction, on average, a user engages 7.5 hours a day in consuming media like listening, reading, watching, and posting. In 20209, every 10 minutes of an hour will be spent on streaming video on mobile and there will see a staggering growth of 110 percent in video streaming apps per device (from 2016 to 2020).

Furthermore, in-app subscriptions to video streaming apps will fuel global consumer spending on Entertainment apps with a growth rate of 520 percent.  Short-form video apps will continue to take much of the time for online streaming. Currently, YouTube accounts for 4 of every 5 minutes spent on the top 10 video streaming apps in the US. With apps like Tik Tok, Snapchat and Instagram on the rise, the future of short-form videos seems to be bright enough in 2020. 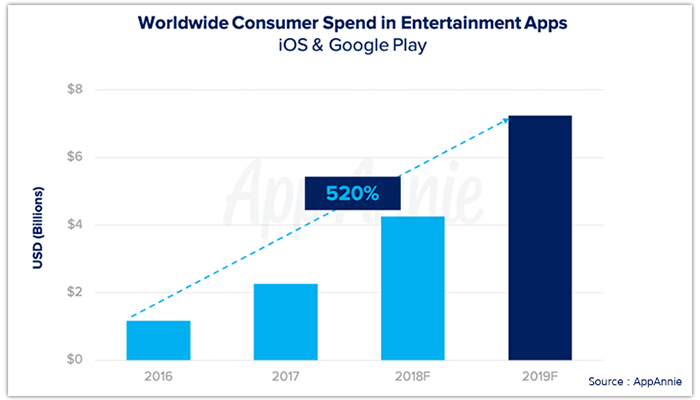 Moreover, with partnerships like Paramount with Netflix and the A24 with Apple, the battle in the live streaming space is going to be even more fascinating.

Now, it’s already a couple of years when the companies are infusing more and more budget in advertising in the mobile app itself. As 2018 is about to end in a few more days, mobile is expected to garner around 62 percent of the global ad spend, putting it at $155 billion, which is almost a 50 percent rise from the previous year.

The report also suggested that 60 percent of additional apps will monetize through in-app ads in 2020. In 2018, the top iOS apps downloaded in the US advertised 35 percent more ad platforms and it made app marketers dive in with more robust and challenging app marketing strategies. 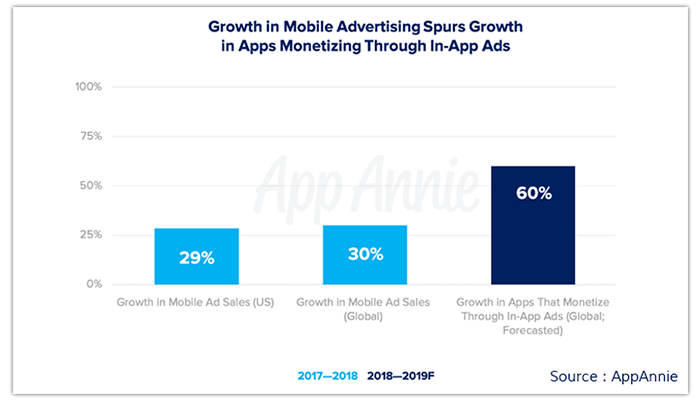 This is the bonus mobile app development trend prediction for 2020 so let's start it with a fun note. Try to count the total number of gadgets you and your family members own and make sure you include smartphones, voice assistants, smart TVs, etc. There is a high chance that your total connect device/gadget count will range between 5 and 10 if not more than 10 devices. 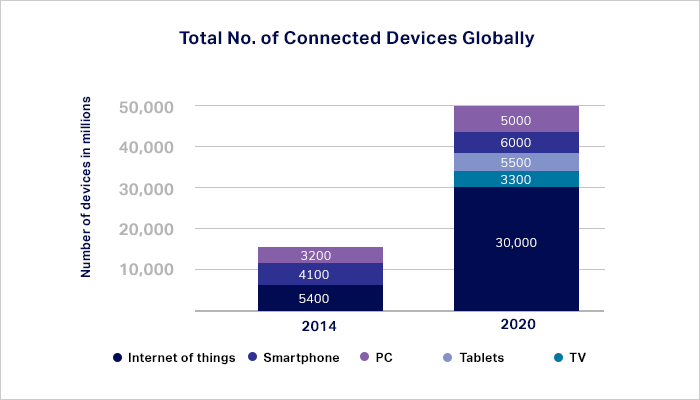 The above-mentioned statistics will provide you with a more realistic view of this situation along with the total number of connected devices and gadgets that are currently active worldwide i.e. 23.15 billion devices. If we further breakdown this huge number, it can be concluded that each human being has at least three devices at their disposal. In addition to this, Forbes also stated that the IoT (Internet of Things) devices are set to grow at a rate of more than 25 percent on an annual basis.

With so many tech events making their way into the year 2020, and even more expected to join the bandwagon, the mobile industry is certainly going to be one of the heavyweights in the tech domain. The foldable phones and 5G services are making their way into 2020 but they are yet to provide their users with reasons to adopt this trending technology.

PREVIOUS PUBG PS4 Update: US Pre Order Guide And Everything Else