What Are The Reasons For Mobile Apps Fail in 2021?

Make your app the best and profitable. 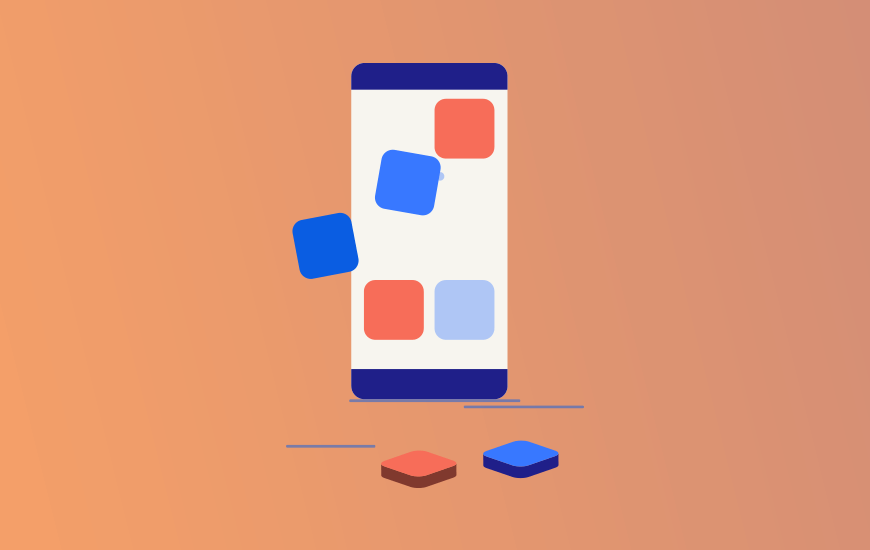 Mobile apps have been increasing popularity in recent years due to the many benefits attributed to them. They offer startups and medium enterprises a platform to compete on a level playing ground with the big boys. The quantity of apps on both Google Play, App Store and Windows Phone Store continues to rise which confirms the fact that the mobile app market is dynamic and develops fast. Developing your own mobile app is no doubt an exciting venture, but it is easy for your app to get lost in the crowd.

As of March 2018, Google Play had 3.3 million apps while the second-placed App Store managed 2.1 million. Approximately 100,000 mobile applications are added to Google Play every month, but only 0.1 percent achieve commercial success in a one-year perspective. The big question is, why do so many mobile apps end up with negative reviews and improper ROI despite the time and money spent on development? Well if you are also wondering about this, this article will give you all the answers you need.

Apps help new and existing businesses to improve communication, increase revenue and grow productivity. The increase in the number of mobile applications, however, does not mean improvement in their quality. Over half of mobile apps developed my different app development companies don’t perform as expected. They are either too slow, outdated or complicated. Key Performance Indicators (KPI) that define the success or failure of an app include number of downloads, reviews and revenue amount if your mobile application is set to monetize through in-app purchases. However, if you want to have an app that stands out among other apps, you should carefully consider hiring a renewed app development company.

Many companies rush into developing mobile apps oblivious to the challenges and risks that come with the territory. Failure to address these challenges could lead to mobile apps failing. All the time and money spent in an app will go to waste.

There are a host of reasons why mobile applications fail, but this article will discuss eight common reasons why they fail.

iOS and Android represent two of the most popular mobile app platforms. The choice between the two is dependent on your target audience and the intended features of the app. Developing an app for iOS is different from developing one for android. The apps operate differently, use different features and prompts. Ignoring such platform-specific nuances can have a detrimental effect on user experience. It is equally important to think through your decision by analyzing how your target audience in a certain region might affect your preferred app platform. If, for instance, your target audience is United States users, you might want to choose an Android app as there are more Android users than Apple devices users.

This is a no-brainer. Good user experience is vital in mobile app success. Most apps are deleted by users just moments after initial download due to the unpleasant user experience. Users should be able to use your app without difficulty regardless on the platform. Ensure that your app developer makes your app intuitive, mobile-friendly and easy to use. Key areas to consider include loading speed, the login process, and accessibility. Users lose interest in mobile apps that are not quick enough in performing key functions.

Even if your app is quick, unique and appealing, failure to abide by the rules of Google Play and App Store when releasing your app can lead to its failure. Both platforms have strict guidelines that need to be followed to the latter by developers before publishing.

Mobile apps are primarily developed for potential end-users. They are allowed to give feedback on their experience with your app. Anything that causes crashes or lags performance can lead to negative reviews. If you ignore user ratings and feedback, get ready for the worst. As mentioned, there are millions of apps to choose from, and failure to address the concerns of your users will make them migrate to other applications. Negative reviews can kill your app success. A good portion of consumers read online reviews before deciding whether or not to transact with you. That is why it is imperative to create an app that gets positive reviews. If you notice deteriorating app ratings, try to improve on the highlighted areas.

There is a lot of competition in the app marketplace. The sad truth is that there are several other similar mobile apps. Even if your app is well designed, it is vital that you market it correctly. Platforms provide description spaces where you can clearly explain the value of your app to users. Precise descriptions translate to more potential users. Check your competitors’ apps and use the info to come up with a unique and catchy app description that will act as the driving force of your app’s success.

Mobile app testing is the last but probably the most important factor that can determine the success or failure of an app. Testing is a vital protocol that most developers overlook. The process is required to assess whether your app has bugs. Launching your app without testing it is a recipe for disaster. A single app crash can lead to poor reviews and low user adoption. You can test functionality, app integrations, usability, and compatibility with devices and platforms.

There are millions of apps in the market, and if you don’t publicize your app, no one will know about it. It will be impossible for potential users to find your mobile app if you fail to market it properly. You need to create an established marketing plan to make sure that all steps are executed as planned. You additionally need to understand how SEO for apps help in this aspect to achieve better results. In fact, there are a lot of SEO websites that provide you with tips and tricks on how to rank your app higher. Users should know what to expect from your mobile app before they decide to start interacting with it.

The mobile app industry is a competitive industry, but if you take the necessary measures, you will be well-equipped to deal with the competition. That’s why you need to be extra careful by doing thorough research, hiring experienced app developers and picking the right platform based on your needs. Use our checklist above before developing an app to increase your chances of success.

PREVIOUS Difference Between Automated Testing and Manual Testing in 2021

NEXT Why Is Apple Watch Series 4 The Talk Of The Town?

Digital solutions like apps are an investment, not an expenditure. Businesses in this digital age can refurbish their entire brand with one small app icon. But the potential of a mobile app idea primarily depends on the workflow efficiency of its app development process and a dexterous team that goe

With today's mobile technology, people have successfully transformed their lives around the concept of digitalization. Mobile and web applications have now become an integral part of our day-to-day activities. It doesn't matter which sector we talk about, as now the majority of industry vert

One of the most concerning issue with mobile applications is that many users install an app out of curiosity and use it once or twice before abandoning it, and eventually, those mobile apps get uninstalled. We have also addressed this issue in many of our previous articles and have also provided use