One of the ways top brands utilize to promote an app on the app store is by engaging in app store optimization (ASO). 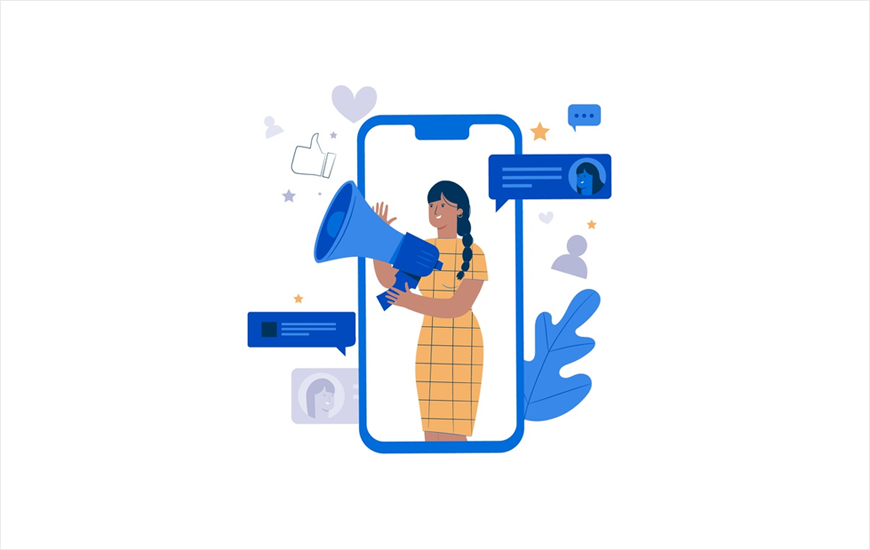 Big brands spend multi-million-dollar budgets on their marketing campaigns. They invest solidly in activities that can help convince people to use their services: partnerships with the top influencers, social media advertising, and even street billboards.

When it comes to app stores, many big brands overlook their potential to attract new users. Web-first businesses in particular approach apps as an additional option for existing users to access their services and completely neglect app store UA techniques. But some companies such as LinkedIn, Google, and Spotify have already figured out the true value of this channel and started adopting app store optimization best practices.

In this post, we will explore how big brands promote their apps in mobile stores and why you should start doing it now too.

There is a popular myth that a well-known brand doesn’t need to invest in app store marketing, as users will find their app and download it anyway. Quite a few companies adopt this strategy (or lack of strategy), among them: 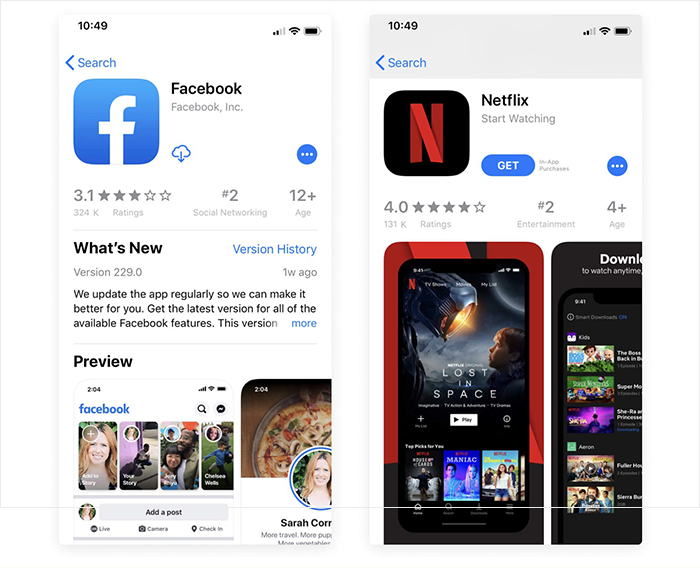 At first sight, this might seem logical, as a lot of users search for these apps by just typing their brand names. But this approach is accompanied by a number of risks.

One of them is the lack of newcomers: imagine that users who are typing your brand name in the search bar are only the existing ones that have just changed their devices. This way you won’t widen your audience without getting into featured lists or using paid traffic channels. We already touched on this topic while discussing user acquisition strategies for banks.

LinkedIn, as well as VSCO, Snapchat, and even Google adopted a different strategy that helps them acquire new users from app stores at 0 costs. This “secret” method is App Store Optimization (ASO).

We’ve noticed that these companies purposely changed small details on their app pages, added new words that help potential users find their apps while looking for a way to solve one or another problem.

For example, if you are looking for a job, you would probably type “job search” in the App Store search bar. And one of the first apps you would see in the results is LinkedIn! 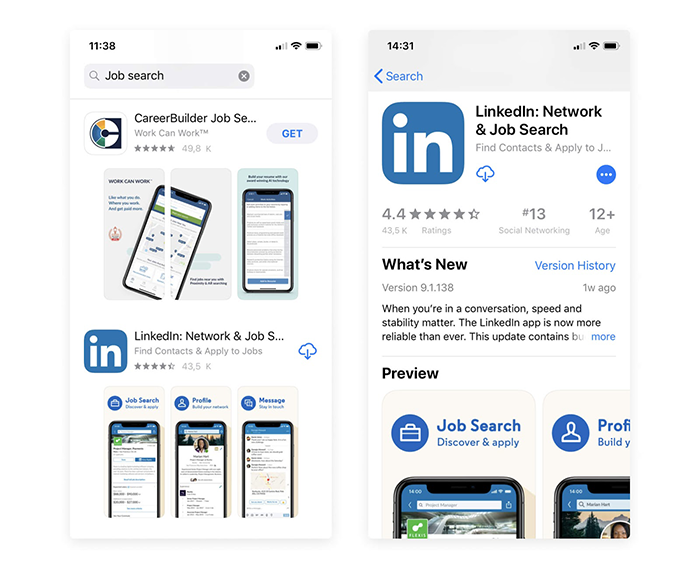 Or if you’re looking for a new artist to add to your playlist, you would most likely use a query like “New music” or “Find new music”. As a result, you would find the Spotify music streaming app: 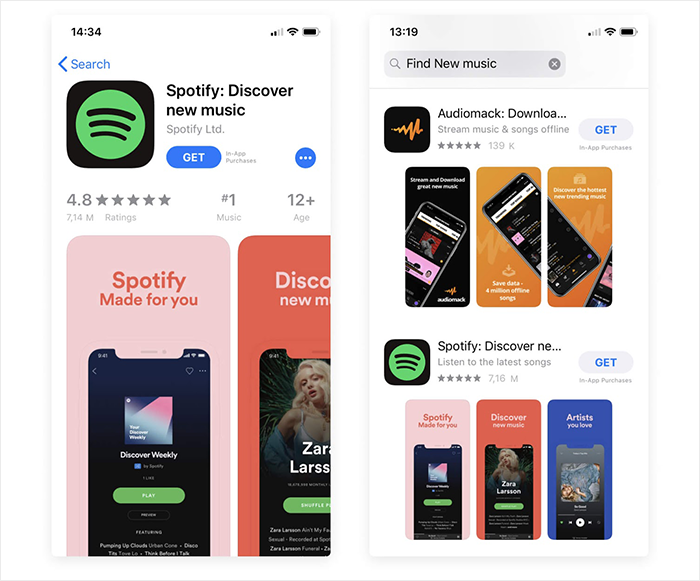 This may seem ridiculously simple, but it is a guaranteed way to reach more potential users in app stores, especially those who might have missed a billboard or never read press releases. In most cases, users who search for apps want to satisfy their immediate needs and download it right away.

To become closer to the new audience, some companies start optimization with the app title. For instance, we have discovered that LinkedIn, Spotify, and Trello extended their app titles earlier this year. 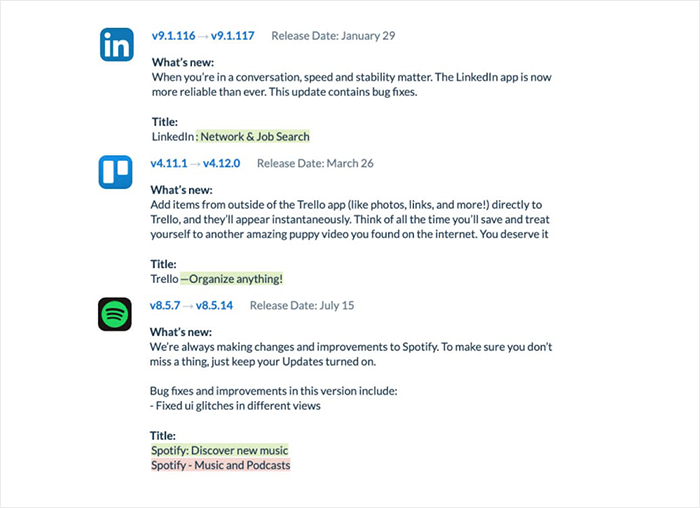 VSCO is another brand that took a more serious approach to app store optimization in 2019. In June they added a “Photo & Video Editor” tail to the app title:

If you have a seasonal app, one of the best practices you can benefit from is to change the app title prior to the high season. In some industries such as Travel and eCommerce, the peak seasons are summer and Christmas holidays.

Here is how Booking updated the app to improve user acquisition before the summer vacations: 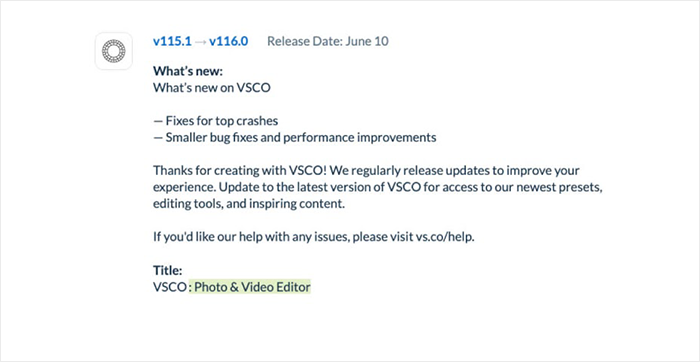 Including App Store Optimization in your marketing mix becomes very important when expanding and crafting a new market entry strategy. Relevant keywords and ASO techniques can help you introduce your app to markets not familiar with your brand and make it popular fast.

In some cases, after the market analysis, companies change their logos and app icons to improve their chances of winning new users. This is what Uber and Booking did when approaching growing markets. 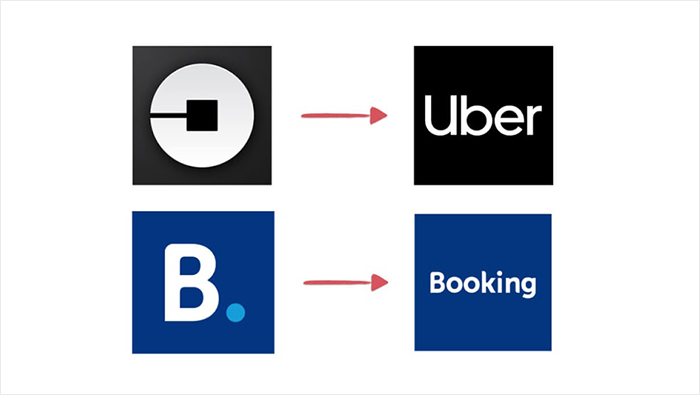 App Store Optimization is not a hacking technique, but a great growth hack. As we have seen in the examples above, keeping your app title “clean” and limiting it to the brand name won’t benefit your user acquisition strategy.

Instead, using keywords and highlighting the main app’s features in the title can help you reach more potential customers, and start seeing app stores as an additional user acquisition channel.

Even well-known brands use this strategy to increase their market share, and when approaching new markets.

CEO & Co-founder at AppFollow.io, the tool that helps apps become top-ranked on app stores. Anatoly has been involved in the development and promotion of mobile apps since 2009. Started off as a developer, he quickly grew into a head of product and launched his own mobile startup in 2013.

NEXT All About 5G and its Influence on IoT

App Promotion Via Instagram: A Comprehensive 2020 Guide For Beginners

Instagram! The most preferred social media platform for sharing photos and videos.As the platform has picked the momentum, it can’t only be justified as a network for personal use. Today, it has become a global platform that is bringing brands closer to its customers by humanizing its cont

How To Use Quora For Promoting Your Mobile Application

Quora is an important online platform which enables people to communicate with each other and solve the important issues in the form of questions and answers. People contribute unique insights and its community members organize it in the form of opinions.According to some of the best app marketi

Promote Your App: 13 Creative Ways to Reach Out to the Users Easily

There are huge sharks in the market that every new mobile app developer or publisher has to compete with when launching a baby app. And believe me, it is not at all a cakewalk even for experienced entrepreneurs to stand first among the equals.Being said that, it’s not the case that you can