Google Maps vs Apple Maps: This article discusses the key differences between both the navigation maps and helps you choose the best. 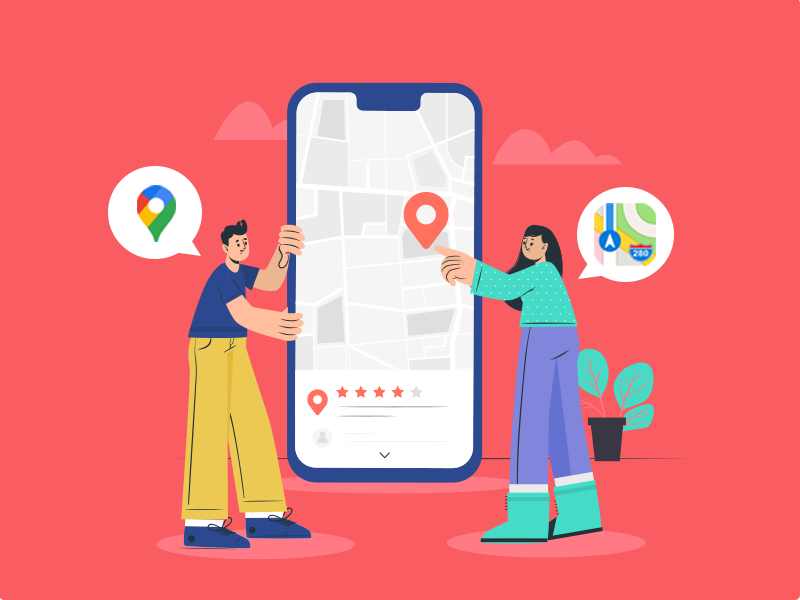 There’s no denying the fact that navigation tools like Google Maps and Apple Maps have changed the way we search for places, directions, and explore local businesses. These two maps are the best location tracking apps that we have today. While both the apps serve a similar purpose, there are some major differences in their interface and features. But which of the two is better for you? Is Google maps better than Apple Maps? Which map app is most accurate? To find out the answers, we are doing a detailed comparison of Google Maps vs Apple Maps in this blog. So, read on!

Launched in 2005, Google Maps has become synonymous with the word ‘map’, even more so than an actual map. Currently, this navigation app has a 70% market share and an unmatched acquisition power. Reason? Because it offers real-time traffic, predicts arrival times, and optimizes routes for many modes of transportation.

Apple Maps, on the other hand, didn’t arrive until 2012 and for years it struggled with technical issues. All the while, Google Maps continued to improve and reign supreme.

It was finally after the release of iOS 13 and iPadOS 13 in 2019 that Apple got a foothold. The updated Apple Maps ditched third-party navigation data in favor of fresh data gathered directly by Apple. The new and updated maps were far more accurate and detailed.

Later with the release of iOS 14 and iPadOS 14, Apple added routes for cyclists, routing for electric vehicles, congestion zones, and guides for finding the best places to visit in cities around the world.

Both apps are similar visually and offer basic mapping features, including driving directions with turn-by-turn navigation, walking, and public transit directions. However, there are some key differences between Apple Maps and Google Maps that might influence which mapping service you choose.

So, without further ado, let’s discuss their amazing features and find out which navigation app is most accurate.

Platform: Apple Maps was exclusively launched for Apple devices - iPhone, iPad, Apple Watch. This means if you don’t have an Apple device, you’re barred from using this navigation app. So, does Apple use Google Maps? Luckily, Google Maps is built into all mobile devices, which means even Apple users can download it from the Apple store. In fact, Google Maps is quite popular on iOS devices, with Apple customers preferring it despite continuous improvements in Apple Maps. 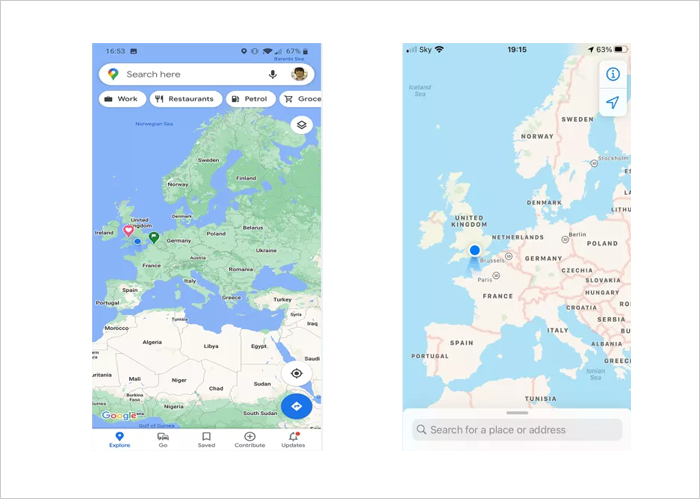 Interface: The interface for iOS and Google Maps is quite similar. With Apple Maps, you can use the search bar at the bottom of the screen for finding specific locations. By hitting the information button in the upper right, you can switch between Map, Transit, and Satellite views. Just below the information button, you can find the Look Around button to get a street-level view. While the text and icons are smaller in Apple Maps, Google Maps has larger icons and more brightly colored, which seems more eye-catching.

Like Apple Maps, Google Maps also feature a search box and three different view modes - Terrain, Satellite, and Default. You can also hit the ‘Street View’ button to look around as you were walking down the street, or click the 3D button to get a 3D view. When it comes to actual navigation screens, both are simple but with distinctive artistic styles. If you zoom in to Google Maps, an immediate sidebar pops out with information about nearby locations, while zooming into Apple Maps you will see more locations pop up on the street. 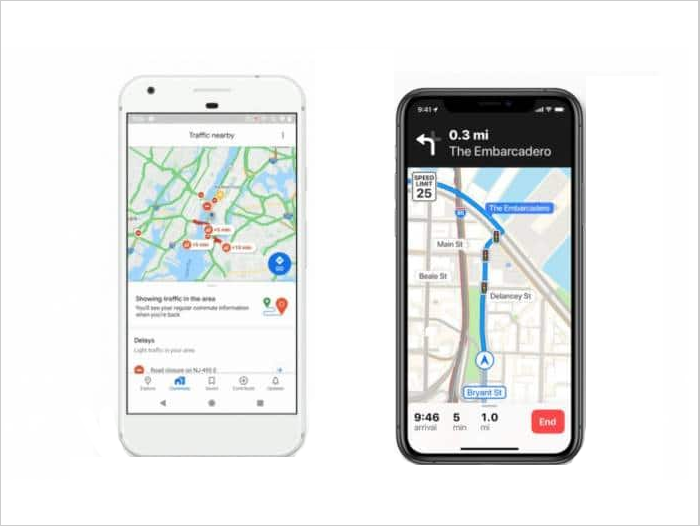 Talking about the satellite view, Apple’s satellite view has a more photographic appearance because it uses vector graphics, while Google’s satellite view looks more realistic. Both apps base their arrival estimations on current traffic conditions. Both Apple and Google use different colours to indicate the traffic level on the road. You can also see alerts, from road closures to accidents.

Google Maps gives users a better idea when it comes to how traffic will impact a commute. It shows live traffic and helps commuters plan their ride better. It also provides more options on the main screen, while additional options on Apple Maps will have to be pulled up from the bottom part of the screen.ios 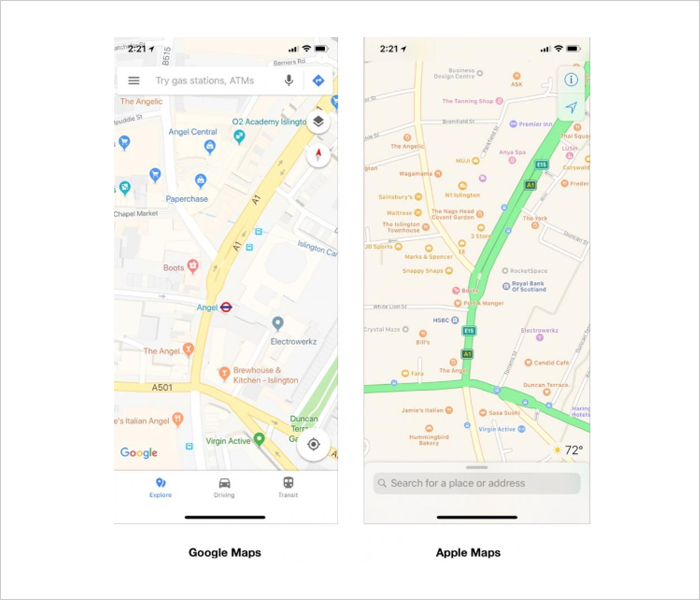 Privacy: Both Google Maps and Apple Maps have their own privacy policies. As compared to Google Maps, Apple has more privacy policies in place to protect and limit data collection. Talking further about Apple, they have developed a process called “fuzzing” that ensures anonymity. This process converts your precise location to a less-exact one after 24 hours. The app does not save the history of what you searched for or where you went. Google Maps, on the other hand, offers numerous customization and control options, such as Incognito mode, that keep your location and searches private.

Siri’s integration with Apple Maps is one of the most prominent features to be noted here. Ask Siri where you want to go and it will initiate the directions. Additionally, Apple Maps uses vector graphics, which allows less data usage when compared to Google Maps. Another notable feature of Apple Maps is Flyover Mode, which allows you to explore densely populated areas in 3D landscape consisting of models of buildings and structures. This mode also has a City Tours feature that guides you through various city landmarks. 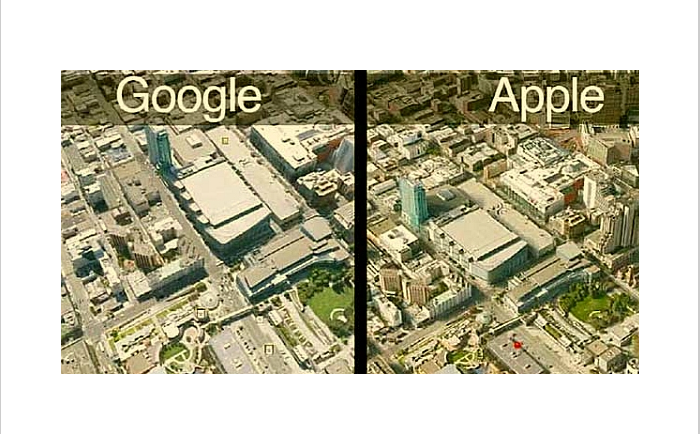 Google Maps has Street View, which gives panoramic views of streets around the world. It also provides offline access to those with limited data or Wi-Fi. Apple Maps may use slightly less data than Google Maps but Google tops by allowing users to download entire localities of maps for offline use.

Apple Maps has come a long way since its inception in 2012. It has overcome most of its initial struggles with the release of iOS 13 and iOS 14. However, it still needs to catch up to Google Maps. In terms of use and interface, Google Maps’ experience gives it an edge over the iOS interface. In our opinion, “privacy” is the only area where Apple has an advantage over Google Maps. So, this is why Google maps is better than Apple.

NEXT An Introduction to the Solana Blockchain Infrastructure

How To Remove Virus From Android Device Completely

The number of Android apps infected with viruses is on the rise. The viruses affect the phone only to take a toll on the device processor and all the data stored on it. Here the solution is to install antiviruses in your system to offer a safety hood to the device.Whether, it

10+ Use Of Mobile Apps In Education

Now, when smartphones are increasing in numbers with a rapid speed, usage of these devices in different sectors has increased as well. The modern educational sector has adapted technology to make the learning process easier for students. From digital classrooms to virtual classes, modern students ha

5G and IoT Revolution Is Coming: What Should You Expect?

After a considerable amount of hype and anticipation, 5G or the fifth generation of mobile technology is finally becoming a reality. By offering downloading speeds up to 10 times faster than current LTE networks, 5G can send data to and from as many as a million devices per square kilometer. When we