What do you think about Ethereum? Will it recover from the blow and outperform other cryptocurrencies? Or is it a bubble that popped with no hope to be born again? 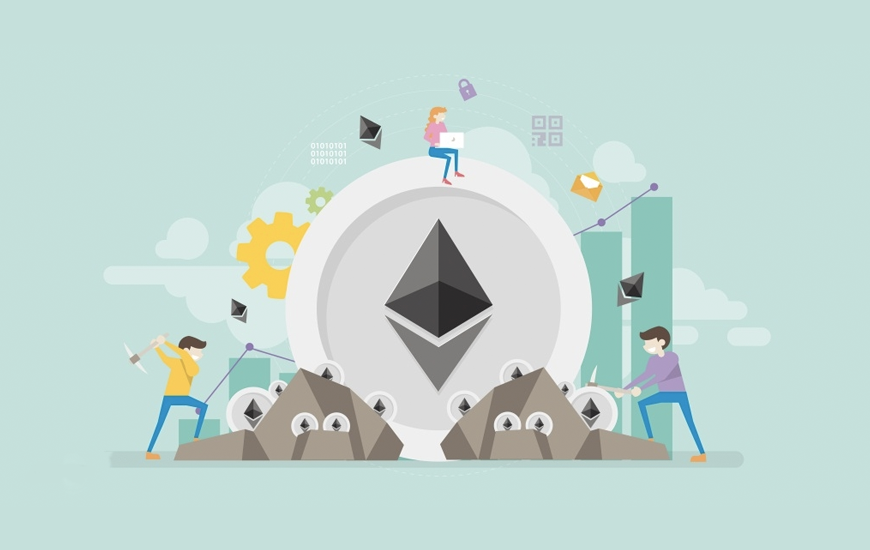 Ethereum, a revolutionizing concept that introduced tech geeks to smart contracts, decentralized applications, and several other inventive features, rose from a mere $9.50 to a whopping $1,500 (thanks to the ICO craze) when it became the hottest altcoin in the year 2017.

Just when it seemed like Ethereum would offer interesting opportunities in the future, there was a sudden downward slide when ICOs began cashing-in their millions of dollars of ETH in 2018, leaving us all thinking that this was it for the baby. However, Ethereum just saw a ray of hope for its recovery and people have finally started to wonder why Ethereum is suddenly going up. For the whens, whys, and hows of it, let’s take a dive!

It seems like Ethereum was just another bubble that popped. The crash can be simply explained using two words: supply and demand.

In an article by Techcrunch, it was conveyed that back in the year 2017, “companies used initial coin offerings (ICOs) to raise some $5.5 billion in cryptocurrency-based funding.” Most of these were in the form of Ethereum, which was the top funding mechanism for ICOs. This indicates tremendous supply. 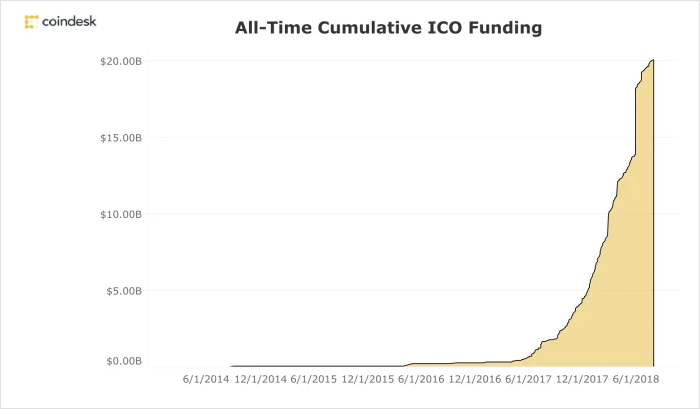 Now it was time for ICOs to start building their own business, for which the capital that they required was extracted by selling ETH for fiat money, given to its ease of spending. This created a huge supply of ETH, which led to a sudden drop in its price in 2018. Since the ICOs needed money to fund their operations, they started cashing out even faster, leading to a brutal selling of Ethers in that year.

Clearly, supply overwhelmed demand by a huge number, especially when governments stepped in to impose stringent regulations on companies raising capital through an ICO, thus shrinking its demand further. This one-after-the-other punch sequence led to an alarming decrease in the price of ETH, thus leading the world to believe that Ethereum was now dead.

After the whole ecosystem of Ethereum came crashing down, it underwent a gigantic correction. Ethereum is still alive, surviving. It is more mature now and so there is still hope for its future.

It might come as a shock to know that ICOs still exist. In fact, over 5,000 ICOs are listed and operating this year, out of which, most are still accepting ETH payment. However, these ICOs are now strictly following government regulations, meaning that they showcase their product before initial coin offerings, which wasn’t the case in 2017. Since these have now become more transparent, viable, and legally-compliant, the Ethereum price prediction shows an upwards graph. 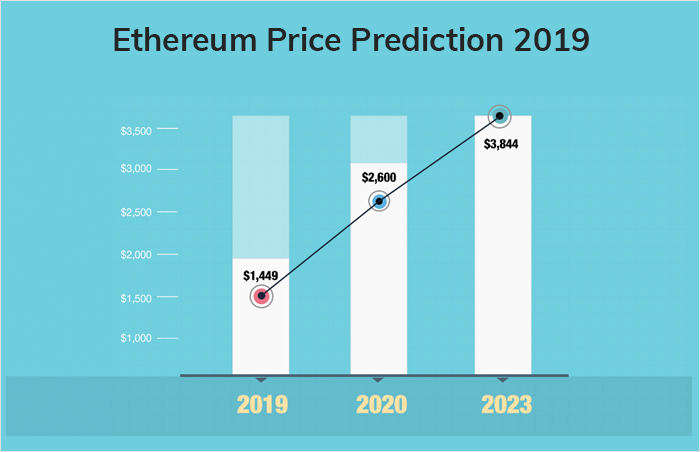 Ethereum Mining - A Waste of Energy

Ethereum is based on a proof-of-work (PoW) system, which enables the users to secure the Ethereum blockchain by using their Graphics Processing Unit (GPU) powered mining rigs to process transactions.

PoW is a winner takes all contest, where participants race to complete the chain of blocks to secure the network. This is done by adding transactions to Ethereum blockchain’s globally distributed ledger. The one to finish the block first, wins all the rewards of that block. This implies that the better your computational power, the more are your odds of winning and getting ETH. 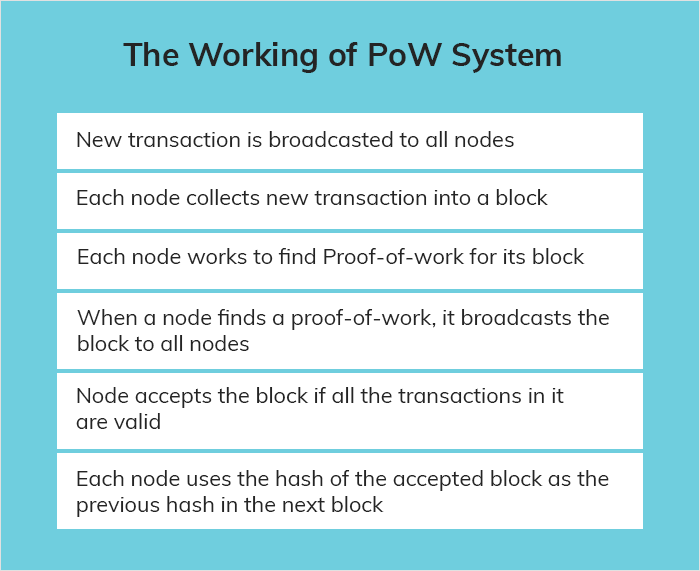 While this seems like a fairly simple way to operate, it leads to Ethereum consuming a lot more electricity than other countries. In fact, a report published by the International Energy Agency, Ethereum would rank above Mongolia in terms of energy consumption, if it were a country.

If this continues the way it is, Ethereum will surely die soon. However, Ethereum leaders came up with an interesting new plan in June 2018 to solve this power consumption issue.

When things seemed to be going out of hands for Ethereum, Vilak Buterin came up with an entirely new blockchain for Ethereum network to allow it to work via a proof-of-stake (PoS) system.

The new PoS system requires no cutting-edge GPUs, mining rigs, or heavy power grids. In this, people are required to “stake” their coins, for which the minimum amount is 32 Ethers. 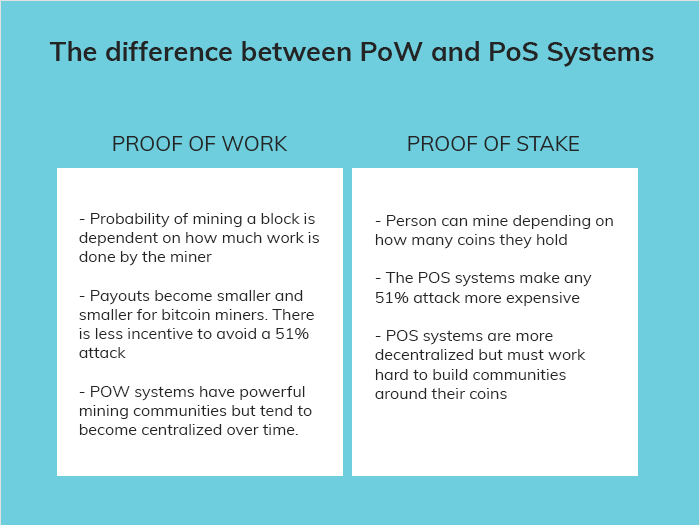 No more will people be required to put capital into their GPUs and electricity. They will instead earn from Ethereum by buying the Ethereum itself.

While the process of transactions will remain the same, the only difference will be that people who “stake 32 ETH or more will be rewarded with freshly minted ETH.

This new discovery of Ethereum 2.0 is most likely to cut energy down by 99%, thus making a world of difference for Ethereum’s programmers and the future of blockchain developers seems bright. If this happens as planned, the new transactions will consume only 1% of the energy used before.

Ethereum’s founder Vitalik Buterin is focused on Ethereum 2.0 and referred to it as “a combination of a bunch of different features that we’ve been researching, talking about and actively building for several years and that are finally coming together into this one coherent whole.”

Ethereum’s future sure does look bright, despite the decrease in power consumption, skyrocketing its prices! However, will Ethereum reach the price of Bitcoin? Only time will tell.

Looking at both sides of the coin, it is clear that even though Ethereum faces monumental challenges associated with wasted energy, competition, and security, there’s still hope to take it to new heights, given to the addition of proof-of-stake, Ethereum blockchain sharding, and other features that will be discussed in other articles.

Along with other crypto-currencies like Dagcoin and Ripple, the Ethereum dynamics can't be underestimated. It will change and should change and hopefully, the future Ethereum predictions will be much better. One can rest assured that the Ethereum we will be using in 5 years from now will be a much-improved version of what we’re experiencing today, making it yet again the top cryptocurrency in the future of blockchain currencies.

For information on the best blockchain development companies of today, check out our report and stay tuned for daily updates in the mobile app industry.

PREVIOUS 10 Interesting Facts About AI Market And Its Trends

NEXT Skype Gets Read Receipts For Chats