Can AI Chatbots Help Humans To Prepare For Their Death? 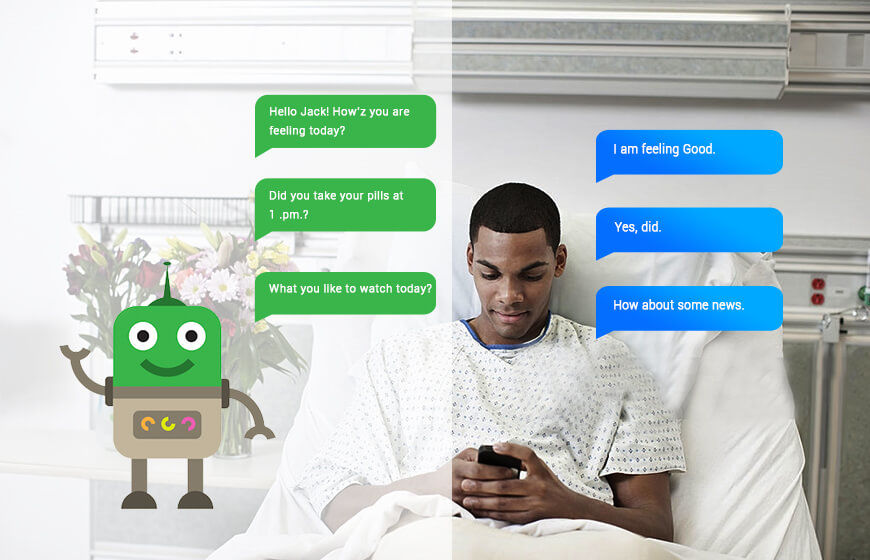 Artificial Intelligence may be in its initial phase when it comes to smartphones and other gadgets applications, but some are exploring the AI technology beyond imagination. The chatbots are normal nowadays and almost every one of us carries one of them in our smartphones embedded in the Messengers, chat apps or the chat applications provided by e-commerce platforms to help us with shopping. But have you ever thought the chatbots can help someone in walking through the end of life, yes the death?

Since the last three years, National Institutes of Health has been exploring the AI-equipped chatbot that was built to help the terminally ill patients. The aim of the chatbot development was to make a software that is capable of providing positive assistance to patients while the “end-of-life” phase. The National Institute of Health has already invested $1 million in the clinical-study for integrating AI technology in the health sector.

According to reports, Northeastern University Professor Timothy Bickmore and Boston Medical Center Doctor Michael Paasche-Orlow will be distributing a tab containing the created chatbots to 360 patients who have less than 1 year to live. Throughout the whole experiment, the team will observe the situation and behavior change of the patient while interacting with the chatbots.

The chatbot incorporates many abilities to assist the geriatric patients, including the clinic capability to measure the patient's pain and to check the medication has been taken or not. Along with this AI technology has also added the abilities to improve the patient’s quality life and mental condition which includes lessons for stress management, promoting exercise and social features which provide someone to talk if patients feel like sharing something.

The chatbot also talks on the topics that interest the patents which include spiritual counseling and self-being. "Primary-care physicians don't think to call in palliative-care services until patients are incurable, when in fact the patient might have been in pain or could've used some kind of intervention beforehand”, said Dr. Bickmore.

The interactions between all the patents and chatbots are being monitored by the nurses to make sure the patients are alright. In case of an emergency such as patients tell the chatbot that he or she is feeling the symptoms, the nurse alert the medical help to rush towards the patient. The nurses also alert the patient's family member in case the patients tell chatbots that they are feeling like to end their life or any related statement from the patient. It has been noticed that most of the patients during the interactions were happy for talking with chatbots. Some of them share things with chatbots that they were never able to share with anyone face to face.

On this, the professor Paasche-Orlow said "If a patient rates their nausea or pain a little higher, we ask them if they've taken medicine for that and then try to figure out and troubleshoot that experience. With a lot of these types of things, humans just forget to follow up on them, so there's a lot of lost opportunities to support people in different ways."

The implementation of AI technology can change the things in the medical sector and this chatbot application could revolutionize it forever. However, the use of recent advancements in Artificial Intelligence in health and medical always had mixed reactions from the sector. Most of the time it has been found that the patients tended to connect with the AI chatbots more during these tough times. Moreover, the patients found to be more emotional and sharing personal things while talking to the chatbots.

According to a report published in 2016 for patient and chatbots interactions states that patients show their true emotions while interacting with a chatbot. On contrast, JAMA research said the chatbots shows "ineffective care and patient harm." According to the JAMA report the voice assistance from leading tech such as Apple, Google and Microsoft are not certainly able to act as facto doctors. On asking the questions related to mental health, the responses from this assistance are “inconsistent and sometimes inappropriate."

The recent latest development in the field of AI could help the chatbots not only in working as a caretaker for the patients but also to act as a companion to reduce their stress and everything about the death. Bickmore and Paasche-Orlow conducted an in-lab study at Northern University on 44 people over age 55. All the participants were given the tab to have a chat with a chatbot. The topics of conversation were restrained to the preparation of death, spiritual counseling, and life end. Within 30 minutes of the conversation, it is found that all the participants experienced a considerable decrease in anxiety while thinking about death.

“It turns out that patients were very happy to talk with a computer about it. They were very explicit in telling us, 'The doctor never asked me about these things” said Paasche-Orlow. “In a hospital, frequently the patient is there all day and the doctor comes in at some point during the morning on rounds, and sometimes with a whole group of people. It's not conducive for patients to feel comfortable to ask questions, especially with something where they don't know how long it'll take or how their question will be received.”

Using the latest technology in Artificial Intelligence for making chatbot a caregiver for the patient is a good step to make sure that patients are given all the needed help. As patients, many times do not ask or say to doctors like what they want, how they are feeling and other things. With the help of the chatbots, family members and doctors can understand the patients and deliver all the needed assistance at the right time.

NEXT Twitter is Not Going to Tolerate Online Abuse Any More

How A.I. Will Change Your World in 2020 for Better or Worse

AI Trends That Will Impact Us in 2020 With Full Vigour

How AI is Affecting Mobile Application Development and Marketing?

Artificial Intelligence (AI) is a well known and globally appreciated innovation. It opened the door to a new era of technology and introduced us to the whole new dimension of human-machine interaction.Many tech giants are betting a lot of money in AI, including Google, who believes that &n