Would you pay $30 to have an empty inbox? With Superhuman app, you might fall for it. 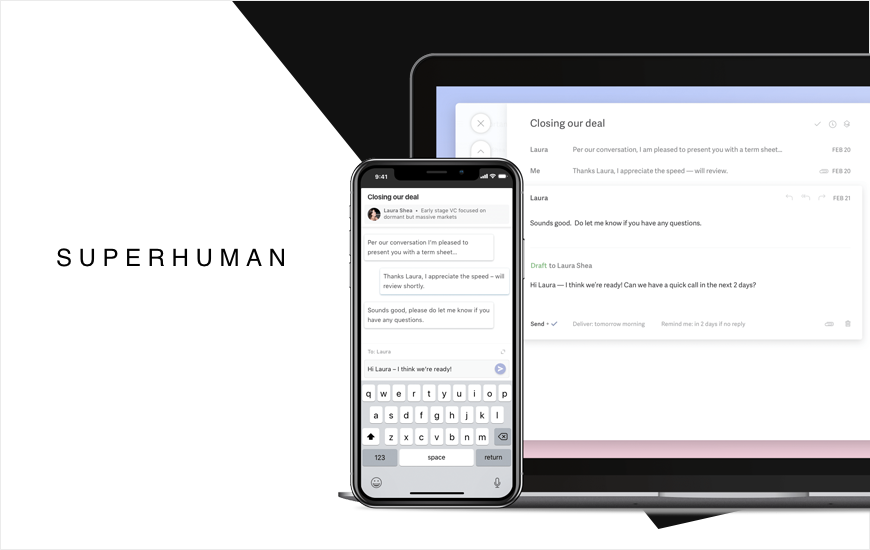 If Gmail had a prodigy, it would be this silicon valley app. For someone who spends a huge chunk of their day drafting and addressing emails, this email app will buy your loyalty instantly.

The AI-backed app is paid and downloadable by invitation only and still have a waiting list of over 180,000 people, you know Superhuman has a special secret.

It declutters the inbox, has a raw UI speed and automatically pulls up a contact’s LinkedIn profile, but how revolutionary does an email app has to be to bag a $33 million dollar investment.

Let’s find out more about this app. 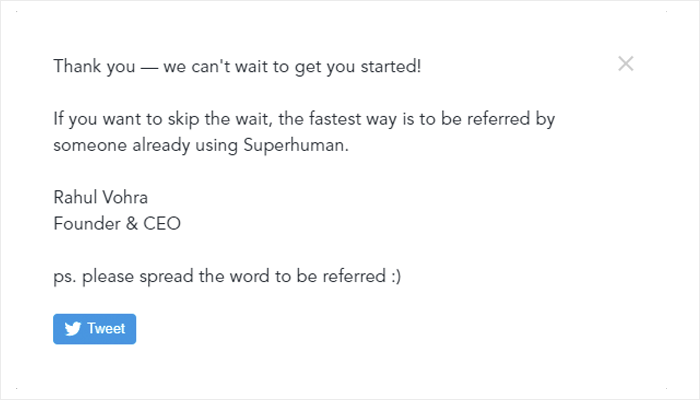 You can’t! Superhuman founder and CEO, Rahul Vohra says the company still wants to collect feedback and perfect it before releasing the fastest email app publicly. Until then, you can join the rumored waiting of 180,000 people by requesting access.

1. Read Statuses: The email tracking app feature uses pixel tracking --- a methodology similar to how Google Analytics tracks it’s visitor’s timestamp and geolocation. After grave criticism of privacy violation, Superhuman app kept the feature off by default. So, to use it, you have to explicitly turn it on.

Even then, if you change your mind, users can turn read statuses off (hit Cmd+K → Disable Read Statuses). This disables embedding tracking pixels in the sent email.

3. A.I. Triage: It’s similar to the technology used by notable spam filters. However, it detects and highlights the most important emails rather than marking it spam.

4. Works offline:   To be the best email app for iPhone, Superhuman is at your service even when you’re offline. You can reply and archive emails, search and more — all without network access.

5. Snooze conversations: Superhuman app lets you snooze a conversation so you can focus on priorities and come to less important emails later. Just choose a date/time you want to attend to the email and Superhuman will remind you then.

6. Schedule emails: The superhuman app helps in scheduling the email delivery exactly when you want the recipient to see it.  In fact, the UI of the email app is so neat that its scheduling tool automatically pulls up your calendar whenever you’re typing out a day of the week.

7. Undo Send: Its' no longer just Whatsapp that can undo our mistakes. Superhuman helps undo a sent email and save all the unwanted embarrassment and regret.

8. Instant intro: Superhuman’s Instant intro tool moves the sender of an introductory email to bcc, saving you from having to manually re-enter that person’s address.

9. Shortcuts: Superhuman app supports not just keyboard shortcuts for every single action but Gmail shortcuts, that makes everything just a keypress away.

10. Follow-up reminders: Follow up is crucial to any conversation, especially when it comes to business. That’s why every time you send an email, Superhuman lets you set a follow-up reminder. Just choose a time — for example, 3 days and if you don't hear back by then, Superhuman reminds you to follow up.

The Evil in Superhuman App

Superhuman app came under heavy criticism for the spyware functionality of it’s “Read Statuses” feature that embeds hidden tracking pixels inside of the emails its customers send out.

More importantly, the feature was turned on by default. If you sent an email to someone with Superhuman app, you’d get their timestamp and geolocation every time they read your email. 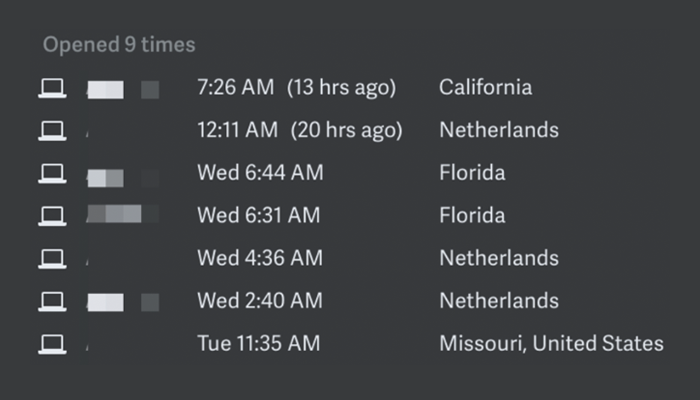 2. Signing Up for Superhuman Isn’t Easy

First, you fill out a long questionnaire about your email habits and workflow. Then, if you’re approved for access, there’s a mandatory session in which a representative gives you a videoconference tutorial.

Finally, while it plugs into your existing email account, the email app only works with Gmail and Google G Suite addresses right now.

In a blog post, Rahul Vohra, Founder & CEO of Superhuman addressed every criticism in detail and proposed the following changes.

How Much Does it Cost?

$30 per month. Claiming to give you the fastest email experience ever, Superhuman has managed to charge a premium fee for a product that rivals the good old Gmail. The email tracking app targets professionals and powerhouse emailers who are ready to shell a little to get their emails in order.

Email interaction needed a breakthrough and while there are several third-party email apps for iOS, an email app like Superhuman wasn’t created. It brought together all that was missing from the 15-year-old Gmail experience.

With features like undo sent, email surveillance, email scheduling, reminders, and many others, Superhuman has no existing competitor among the best Android email apps.

Rahul Vohra knows how powerful this email app can be and hasn’t shied away from charging a premium fee of $30, that too in the presence of Gmail. But with power, comes responsibility.

The hype around this email app for iPhone is legitimate and so are the controversies surrounding the geolocation and timestamp tracking feature. Superhuman team still needs to figure out any loopholes that can be misused by people.

Data privacy is sacred and the email app for iPhone doesn’t embody that yet. Good thing it’s downloadable by invitations only yet.

But Superhuman email app isn’t the only game-changer, our app reviews handpick the most disruptive apps available on the app stores, explaining how they fare in this cut-throat competition.

PREVIOUS How To Hire The Best App Developers? A Comprehensive Checklist for 2021

NEXT Spotify Lite Officially Launched In 36 Countries With Support For 2G Connections Also.