From customer misunderstanding to the security threat, here’s what you should avoid. 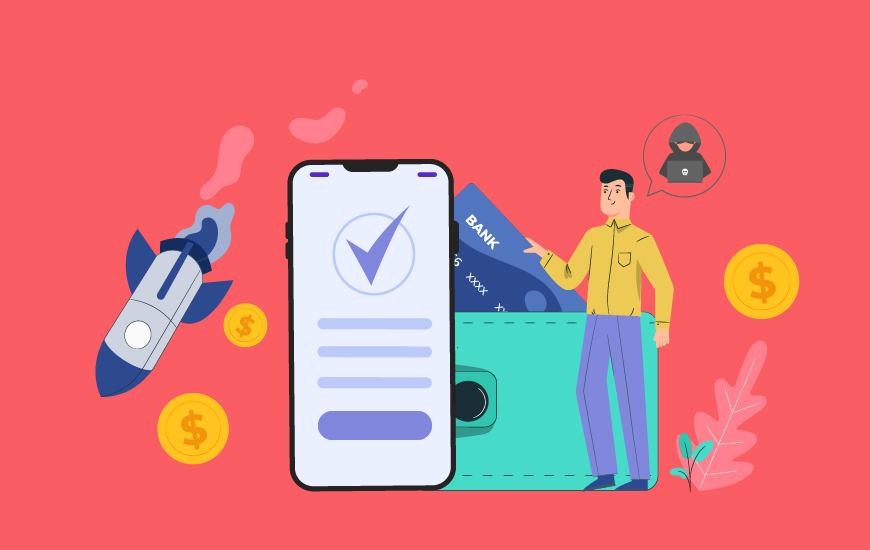 Back when Apple launched its first ever wallet app in 2014, few thought that the technology would be as successful as it is today. Now, most consumers prefer wallet apps that render the need to carry cash unnecessary.

In fact, the masses carry smartphones that are compatible with wallet apps. This showcases the vast potential for startups. You can create a wallet app and target it to all smartphone users across the globe.

While the idea of launching a wallet app startup may sound lucrative, it is not without its pitfalls. In fact, quite a lot of startups fail to leave a mark. Before understanding why this is so and how you can avoid such mistakes, it is essential to know what a wallet app entails.

What is a Wallet App?

A wallet app is a digital form of carrying your wallet. While a payment app allows you to use your smartphone to make payments, a wallet app does more than this bare minimum.

A wallet app replaces all things that reside in a wallet usually. This includes credit cards, cash, driving license, membership cards, etc. Rather than carrying them all physically with you wherever you go, the app stores all the required information digitally.

Therefore, you can perform various types of transaction with ease. They allow you to verify purchases at the point of sale in no time. When transacting through a wallet app, your credit card information is not displayed. Therefore, your data is kept secure from prying eyes, thereby reducing the chance of fraud.

In most cases, wallet apps also allow users to benefit from rewards. Each wallet app may have its own distinctive reward program where users are offered things at a discount.

Why Do Wallet App Startups Fail?

Even though wallet apps are an ingenious tool, most startups revolving around wallet apps fail. Why is this so? Here are three of the most common mistakes startups make.

Regardless of what industry you are in, now, you can no longer be product-centric. You must think about your customers. And that requires a thorough understanding of their behavior. This is why consumer behavior is such a pivotal aspect of the marketing and businesses of today.

One of the most prominent mistakes wallet app startups make is misunderstanding their consumer base. Most businesses overestimate their market by concluding that anyone who uses a mobile app would be equally interested in using a mobile wallet.

However, you must remember that while wallet apps are a type of mobile application, it is an entirely different ball game. Why? Well, because it offers a novel method of transacting. For people who are used to purchasing through credit cards and cash will initially be reluctant to adopt this new technology.

This inertia in user behavior means that you must alter your business model accordingly. You must create a plan that doesn’t just sell your wallet app but also helps in altering the customer mindset.

Remember, discounts and cash back are only a short-term solution to the problem. In the long run, you must deal with this consumer behavior by altering it. Change consumer perception through your marketing campaigns, customer support, and overall business model.

2. Misunderstanding Their Own Offering

Mobile wallets are not just mobile wallets. They are much more than that. This holds true for all industries. Business owners must look at their offering beyond the surface level.

Yes, features and attributes matter. But, at the end of the day, you must be selling a solution and a benefit to your customers. If you don’t, the masses won’t find your app relevant enough to switch their purchasing behavior.

Understand what your mobile app delivers in terms of value and benefits. Market it accordingly. The failure to do so has caused various startups their business. Ensure that you are not one of them.

3. The Threat of Security

People are slow to adopt financial tools. And this skepticism causes various startups to fail. Why are wallet apps met with hesitance and uncertainty? This is mainly because of the sheer number of bank frauds that occur. While digitalization has been a blessing for most of us, it has also made our data vulnerable to potential data breaches.

At such times, it is understandable why many find it hard to trust wallet apps. Failure to build trust from the get-go has caused various wallet apps to fail.

If one wishes to succeed in this industry, it is important to highlight what you do to ensure the security of the data of your customers. After all, wallet apps have a lot of sensitive information, which if breached can cause havoc.

How to Create a Successful Wallet App?

Apart from avoiding the apps mentioned above, there are certain factors that you must consider and incorporate to guarantee the success of your wallet app. This includes changing user behavior by creating a new business model or revamping the model around the current user behavior.

Let’s understand it better by the following examples:

Square App is a classic example of how a startup used a new model to alter user behavior. This solution proved to be a great bridge between buyers and sellers. It provided the latter with a smooth POS solution.

Rather than changing their consumer’s behavior or preferences, it merely focused on altering the action of the merchants instead.

To transform sellers into loyal users of the app, Square introduced simple and quality pricing models and added convenience to the mix to attract sellers from across the globe. By deciding which side to target and altering their preferences, the Square app was able to become a success in a matter of years.

M-PESA has managed to become one of the most popular wallet apps in the world. Their user base in East and North Africa accounts for much of their profits. This app was able to leave its mark by leveraging the current model.

In North and East Africa, most of the money was transferred via the Hawala system. In this system, when you have to move money, you must make payment to an agent who would then contact someone else in the desired location through which your acquaintance can take the money from.

What M-PESA did was simple. It merely digitalized this method of transaction, without changing it at all. So, rather than eliminating the need for agents, it provided a digital solution to them which helped in the smooth transfer of money through the Hawala system.

Things to Consider When Developing A Wallet App

If you are thinking of launching your own successful wallet app, here are some crucial factors you must consider while developing a wallet app.

The whole point of why users may be tempted to use a wallet app rather than carry around a physical wallet is convenient. And no one likes complicated apps that take too much space on their mobile phones.

Therefore, you must ensure that you create an app that is light and simple. The interface should be user-friendly. Swift functionality must be guaranteed.

Making a secure wallet app is a necessity. If you don’t do so, you will lose out on customers. Therefore, you must pay close attention to making your app as safe as possible.

Protect your app, and by extension your customers from hackers by developing a robust security framework for your app.

Your customer shouldn’t be confused about where your wallet app can be used and where it can’t be. Instead, you must provide all such information to them from the get-go. This reduces the hassle of shop-hunting and increases the usage rate of your wallet app.

Make sure to update all the parties involved promptly after payment is made using the app. Give them detailed reports about where their money went.

Let’s say a transaction isn’t completed due to some error. Let your users know about it. Also, tell them what you are doing to fix the issue. Being transparent with your customers improves the chances of your long-term success.

Yes, a lot of wallet mobile apps have failed in the past. Does this mean you are doomed to failure as well? No! It just means that there are a lot of things you must consider and mistakes that you must avoid.

The fact that you know what you don’t have to do increases your chances of survival! Don’t make a mistake those before you did and you will be good to go.

Mindinventory is a leading web and mobile app development company, an IT Consultant that provide web and mobile app solutions from startup to enterprise level company. We have roped in an intensely dedicated, hands-on experienced and tech-savvy professional team that believes in building apps and software that stand apart from the crowd. 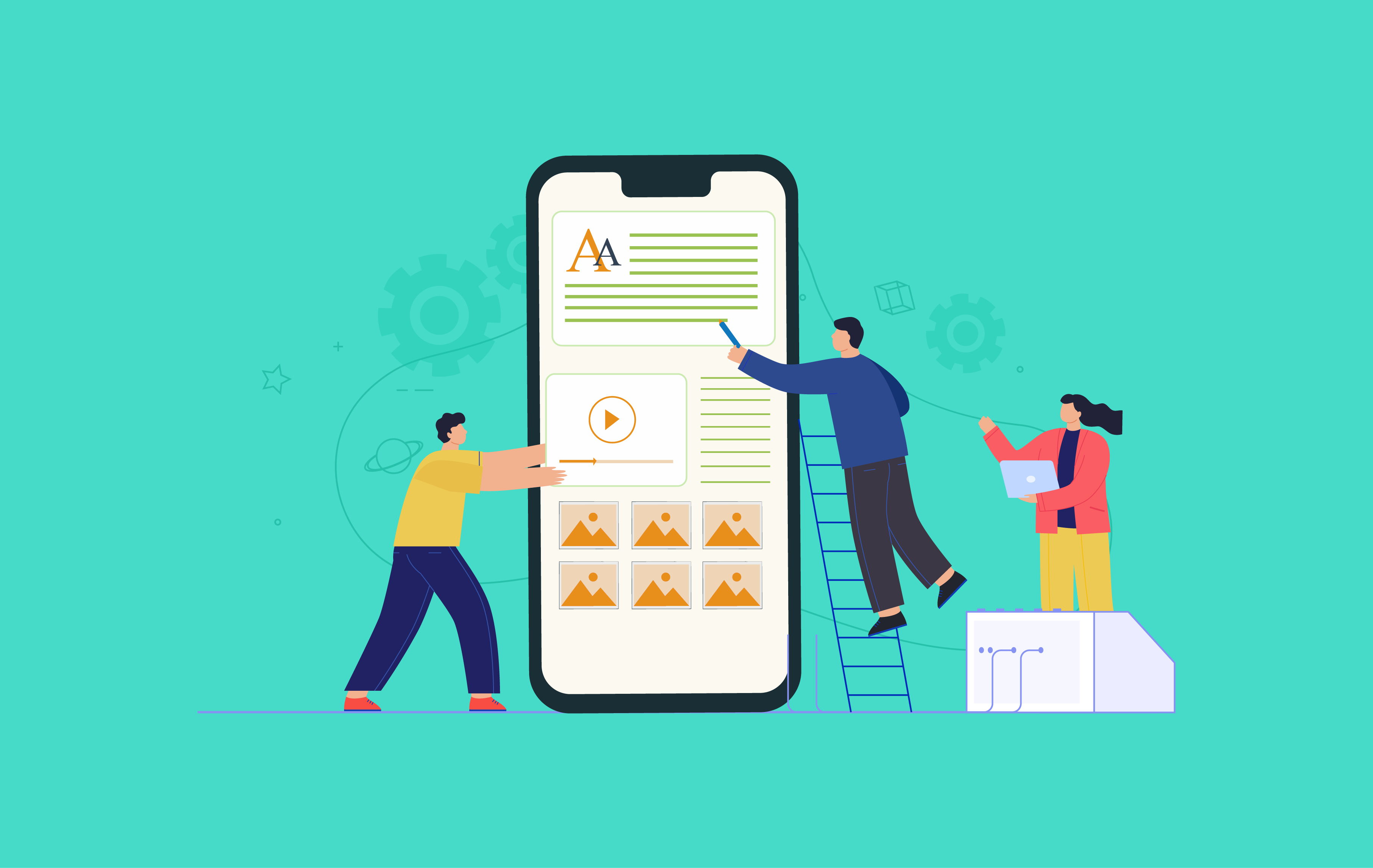 Apps act as a brand extension and representation of your business. After creating a fantastic app, you can’t expect it to thrive automatically in market space. You may need branding agency services to access your audience through mobile apps.The current generation is tech-savvy, and most o