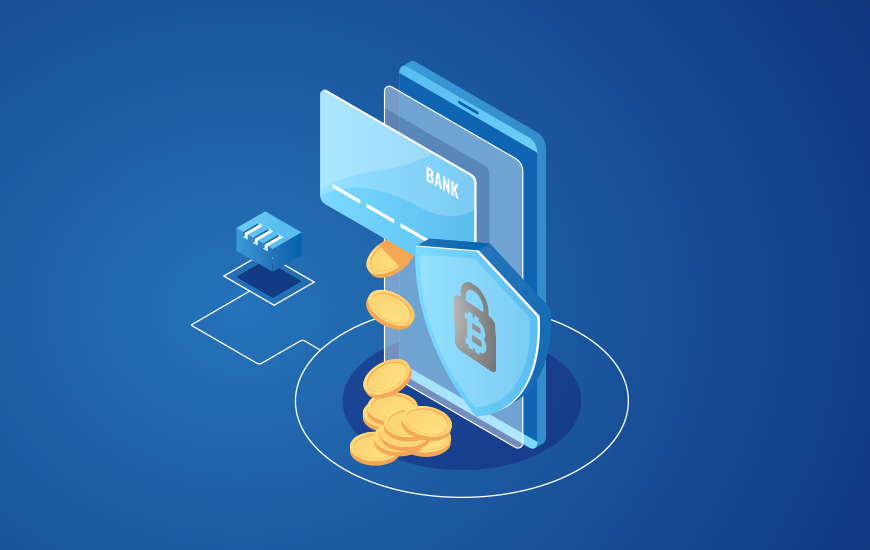 In general, Blockchain technology resonates better with cryptocurrencies like Bitcoin, Litecoin, and Ethereum. The digitalized ledger has claimed considerable strides in the virtual currency market, and steadily, it’s expanding its reach in the unconventional boundaries, and the mobile industry domain is one of them.

The imminent future looks to embrace the Blockchain technology in a more better way. As per a research report, the global Blockchain market is expected to hit the staggering figure of $7.7 billion by the year 2024, which clearly transcends the yearly forecast of Blockchain earning until 2020.

With its diverse applications, the trends in Blockchain technology stand out to be an ultimate bet to defy the ever-increasing cyber-attacks and interestingly, the mobile apps are right in direct sight if the cybercriminals nowadays. From breaching into private and confidential data to hacking into the device, the peril of cyber-attack needs to be taken care of which is jeoparding the mobile security. 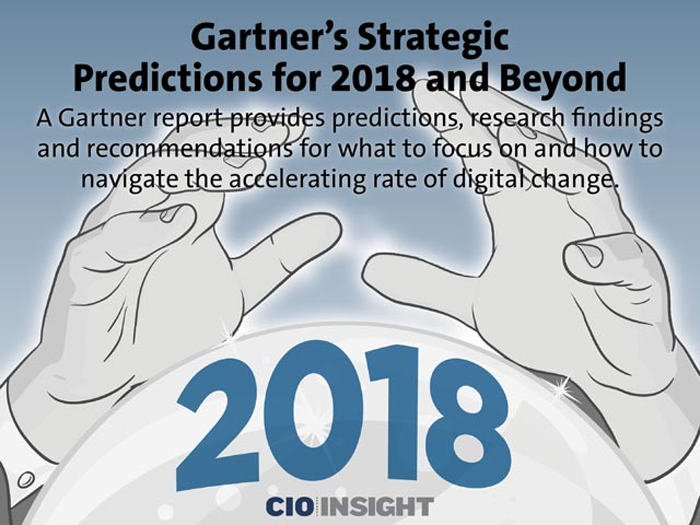 We can’t just rely on the anti-viruses, as the smartphone has a lot of loopholes and such software is not enough to tackle every bit of it. Here comes the role of Blockchain. Being a highly innovative technology, Blockchain makes it extremely tough to alter data by bringing in the clause of transparency and reinforcing the Blockchain for mobile security to the core.

Apart from offering transparent and secure financial transactions, Blockchain can be engaged for a range of other uses also; all thanks to its unaltered database, which makes blockchain-based apps more steady and reliable.

Here are some of the mobile app areas where Blockchain can be deployed with full ease:

Nevertheless, blockchain-based apps are not required to run on the principle of Blockchain exactly, but only absorb some of the functionalities. With the right approach and complete understanding of the Blockchain technology and Blockchain mobile app development companies, mobile apps can turn out to be an absolute option to go about anything.

The transactions in the blockchain-primarily include two activities:

Note: One thing that you need to consider while dealing in the Blockchain technology is that it should always be used for a broader perspective, as it has the potential to yield enormous results in the mobile security.

Before jumping in with the Blockchain applications for mobile app security, you need to make up your mind on what data you need to secure and how to distribute it further. Broadly, Blockchain is deployed to secure online transactions, but there are many other benefits that you can avail of.

Here are some of the ways that can be implemented to keep the cybercriminals at bay and secure your data while paying attention to the mobile device security as well:

With the release of the biometric security features like Face ID, an iris scanner, and fingerprint sensors, the mobiles are better secured, but still, it doesn’t rule out the possibility of a security breach; therefore, all the mobile manufacturers encourage their users to safeguard their devices with strong passwords.

In an emailed statement to Gadgets Now, OnePlus stated,

"We designed Face Unlock around convenience, and while we took corresponding measures to optimize its security we always recommended you use a password/PIN/fingerprint for security. For this reason, Face Unlock is not enabled for any secure apps such as banking or payments. We’re constantly working to improve all of our technology, including Face Unlock." 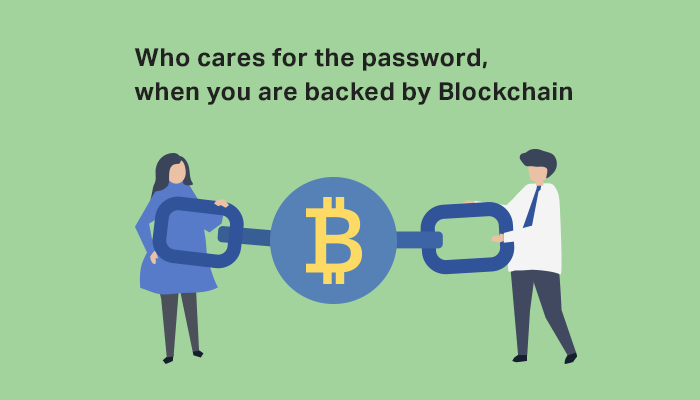 But even with all these security measures in place, you can’t rely on them. So, Blockchain is a smart alternative to replace the password. When two parties consent to perform a transaction, the payment is made through the SSL (Secure Sockets Layer) certificate, and it clamps down on any possibility of an external breach.

The Blockchain brings along a decentralized platform that is more secure and reliable and the same benefit is extended to the blockchain-based apps by moving the target of the brand infrastructure to the decentralized zone.

Also, the DNS or Domain Name System is another field that is being benefited by the Blockchain, as it provides the full control of the domain records. Hence, it becomes next to impossible to tamper with the domain record entries. 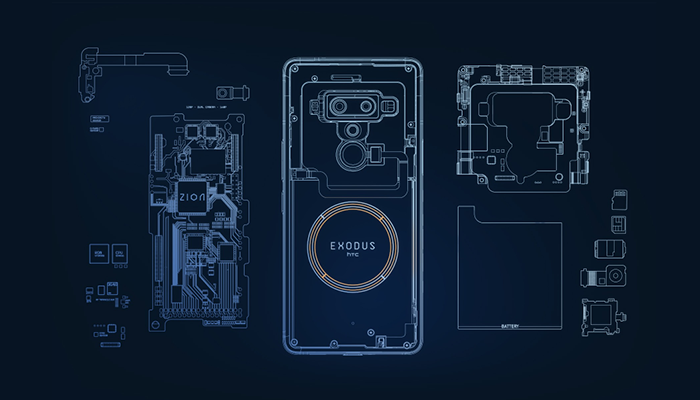 However, with the existing apps, smartphones can well integrate with Blockchain. One such example is the mobile apps that authorize cross-border blockchain payments which ultimately cut down the fees while conducting the overseas payments. The user can quickly transfer assets into their mobile digital wallet with a sense of more security.

It’s one of the significant features that come along with the Blockchain. All the parties involved have their data available on a decentralized system which can be accessed at any given point of time and moreover, anyone who tries to tamper with the data can be tracked and located easily.

Also, it cast out the need of involving any middlemen or any third-party organization to complete the transaction.

How to Integrate Blockchain in Mobile Apps

Take a look at the various steps that will help you implement Blockchain technology in mobile app security:

Step 1: With a number of Blockchain platforms available in the market, you fully need to understand the in and out of all these platforms, so that you can better integrate your app. Also, the Blockchain platform should suit the app features requirement.

The list of examples that can be picked includes OpenChain, Quorum, Eris, Ethereum, MultiChain, and many more.

Step 2: Once the platform is decided, identify the app features that you would want the users to engage in. Once the features are listed, stick to the plan and embed those features in and follow the basic guidelines of the mobile app development to make your Blockchain app fail-safe.

Step 3: Limit the number of transactions that can be done through the app, as it will help you to keep the exact track of data going in and out of your app.

Step 4: Always keep the room for a community to emerge. It will help the app to grow and for that, you need to curate an outright guideline for your Blockchain-based app community.

Step 5: After the work on the blueprint is done, get to the designing mode. Hire or outsource a team of Blockchain app developers. 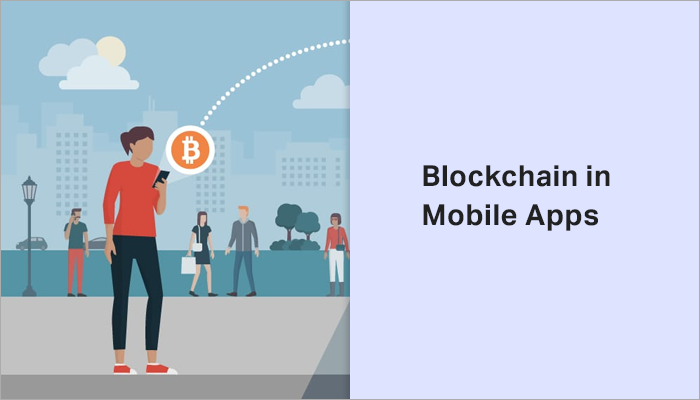 The incorporation of Blockchain for mobile security is not that simple as it may sound. There are many limitations that need to be taken care of, and the challenges are always there while crafting a mobile app.

Right from blending the Blockchain app features to app testing and from debugging the issues to validating the data, nothing is a cakewalk. There are many countries that have not recognized Blockchain as a legal way of transactions; therefore, you need to go through the Blockchain legal structure and strictly adhere to the guidelines to stay in the legal landscape.

For more insights into the blockchain for mobile security, let us know your thoughts and get connected by commenting below.