Google has just released the Android 12 beta version in May 2021. Let’s have a look at the history of Android to know how far Android OS has come since its inception. 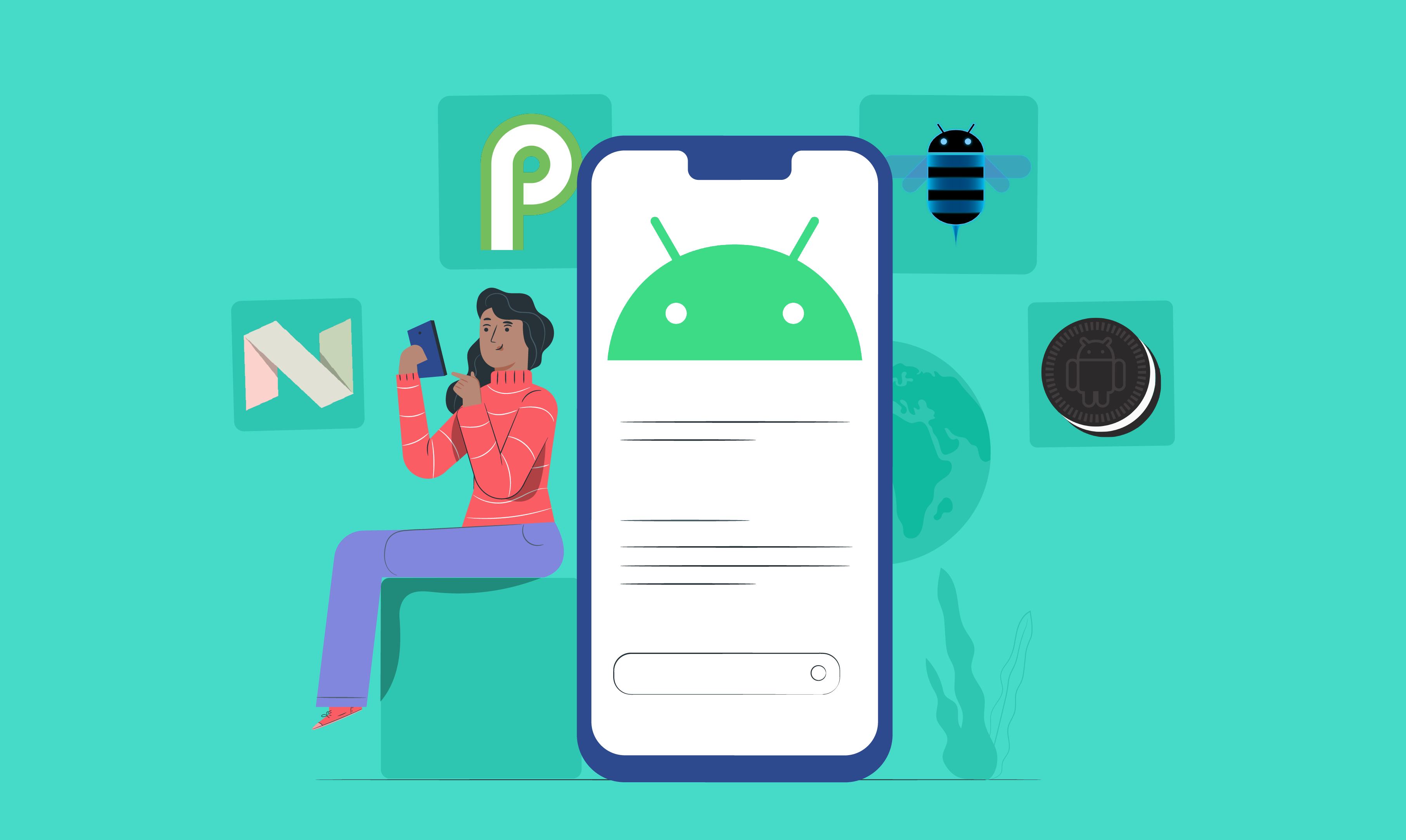 Ever wondered, “When was Android founded?”- Well, Android's history goes back to 2003 when Android Inc. was founded by Andy Rubin, Rich Miner, Nick Sears, and Chris White. Since its inception, it has turned out to be the fastest-growing Operating System for smartphones in the world. Right now, Android is leading the smartphone operating system industry with a huge margin.

The report by Statista says Android has covered 71.93 percent of the mobile operating system market globally. Collectively with iOS, both OSs have a market share of 99 percent.

Since its initial release, Android has released many versions of the operating system. All of these versions came with a new update to add more features and capabilities to smartphones. Furthermore, in this blog, we are focusing on the evolution of the Android operating system after we go through a brief history of Android first.

The History of the Android operating system

By 2008, Google was solely planning to make smartphones touchscreen without having to depend upon the physical keyboards. On September 23, 2008, HTC released its HTC Dream smartphone with the first-ever commercially released version of the Android operating system. That was the moment that kickstarted Android’s journey.

Versions of the Android operating system

Since its initial release, Android has been upgraded multiple times. With each version, there were new features, security protocols, and other changes to make it suitable for the latest devices. Furthermore, we are discussing these versions and throwing some light on the changes that they brought to offer the users.

These initial versions of Android OS did not have codenames. Android 1.0 was officially released in 2008. The OS had basic apps such as Gmail, YouTube, Maps, and Calendar, among others. The UI was pretty basic and almost similar to the colored versions of Java Operating Systems popular those days.

Android 1.5: Cupcake- One of the earliest Android operating systems 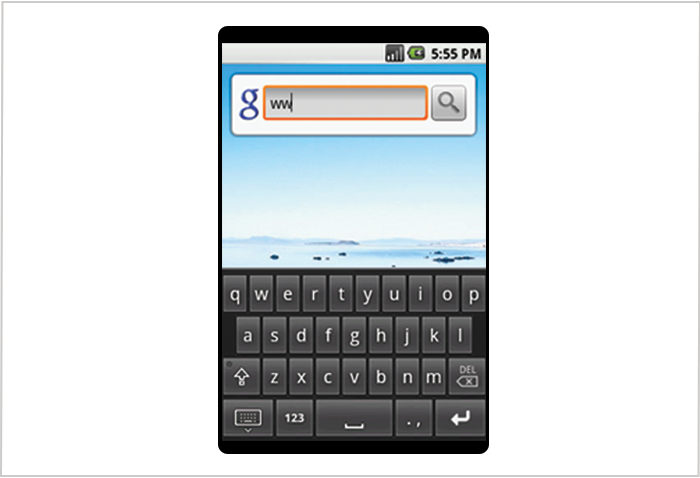 Android Cupcake brought the very first on-screen keyboard in Android history. The Android version also had the dessert-based codename, which became a trend for its follow-up versions. The Cupcake evolution of Android also got Widgets for third-party apps. Moreover, the Android version also came up with the video recording feature for smartphones.

Android Donut has one of the crucial impacts on Android history. The update brought the CDMA feature into existence which boosted its popularity. The update was released in 2009. This one of the top versions of Android OS also started supporting various screen sizes and resolutions. It played a major role in the increasing adoption of Android operating system development.

It did not take too long for Android 2.0 to enter the market. The update was released six weeks after the release of Donut. And after a couple of months, the 2.1 version was released as well. Eclair brought voice-guided map navigation systems along with other features. It brought live wallpapers into existence along with the speech-to-text feature. Moreover, Eclair also added a pinch to zoom feature into the Android update. This update was iOS exclusive before.

Android 2.2: Froyo- Gamechanger for the history of Android phones

Google released 2.2 after another four months of the release of 2.1. The version brought performance improvements for smartphones. Moreover, it also brought voice actions in existence such as tapping the icon and making notes. At that time, languages were limited as the feature was still in the developing stage. Froyo enabled the Flash support for Android web browsers. 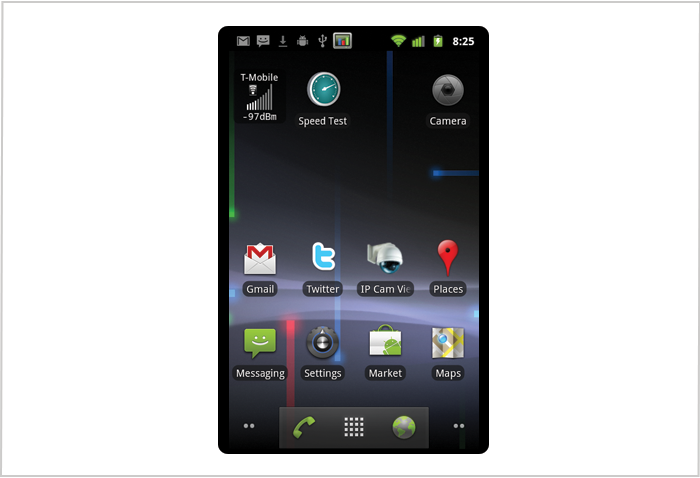 This Android update was exclusively released for Android tablets. The OS first came with Motorola Xoom models and remained limited to tablets. The update had a redesigned UI, which focused on using most of the space the tablet had. The update is also responsible for introducing the card-like UI and ending the overflow-menu button.

Released in 2011, the update focused on refining the visuals of the Android UI. The update dropped the “Holographic” concept. However, it kept the usage of blue color as the main theme. It added additional gestures such as swiping away apps to close them. Moreover, the update focused on including the card-based UI as well.

Android 4.1 to 4.3: Jelly Bean- Evolution of Android to become user-friendly

The Jelly Bean version brought a shortcut for Google Now. A quick swipe from the home screen could give access to the Google Now app to provide information such as calendar events, emails, weather forecasts, etc. This feature became the foundation for Google’s future assistant applications that came with Android OSs. The update also focused on improving the touch react quality of the OS with the help of Project butter. Moreover, it included interactive notifications as well.

This Android version ditched black and blue-themed UIs that were involved previously in OS updates. Google brought more neutral colors and lighter background in the Android history to keep it for long. Moreover, this update also established the foundation of the “Ok Google” feature. There were limitations, as the screen had to remain on to use the feature.

Android 5.0 to 5.1: Lollipop- Another era of Android origins

The Android update entered the market along with Nexus 6 models and brought the concept of “Material Design” into existence. This design is still being followed in a few models of Android phones. It replaced the traditional Dalvik VM feature with Android Runtime for more efficiency. Other features were lock-screen notification glance, RAW image support, and Android TV support. 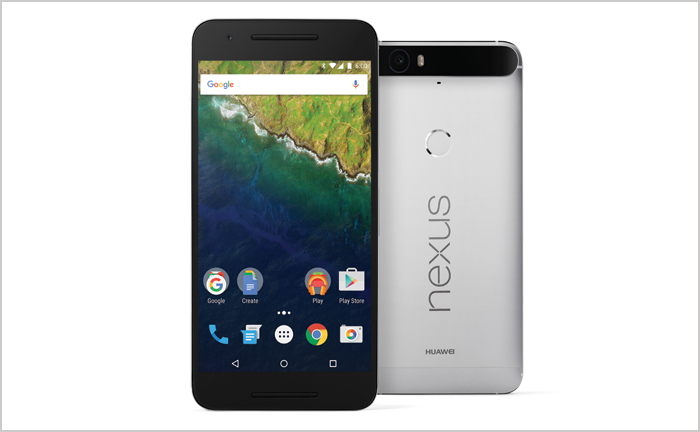 It brought the “Now-on-tap” feature into existence and also kickstarted the annual Android update release trend. It redesigned the app menu and brought some other minor modifications to the UI as well. Moreover, it added a search widget on the home screen. Moreover, the Android update allowed reviewing memory usage of Apps for the last 3, 6, 12, or 24 hours.

This version of Android also worked on its security measures and upgraded it with better protocols. Moreover, the freedom to manipulate volumes for alarm, music, and notifications separately from any part of the screen was provided as well. Marshmallow also upgraded the permission required for apps. Instead of giving all permissions to all apps, it made it customizable to provide permissions only required to install apps.

Android 7.0 to 7.1: Nougat- Evolution of Android for better Assistance

The Android update replaced Google Now with Google Assistant. Moreover, it also modified the visuals of notifications and their interactions with apps. It also brought the “Split-screen” concept into the existence of smartphones and tablets. Also, Nougat had a crucial “Data-saving” feature that became permanent for its successor versions of Android OS as well.

Android 8.0 to 8.1: Oreo- New features for the operation system Android

Released in 2017, Android Oreo brought features making multitasking easier in Android phones. The update brought a picture-in-picture split-screen feature for supporting apps. Moreover, it also allowed users to turn notification channels on or off as per their choice. The update also added the ability to snooze notifications for a particular time. Other features were Auto enable Wi-fi, Smart text selector, and more.

In August 2018, Android got another update in the form of Pie. The update brought visual modifications to the UI. Moreover, it also replaced the three-button setup with a single button for multi-tasking. The UI also had gestures to control the functionality. Android Pie brought a “Digital wellbeing” feature that kept a track of the usage behavior of users. It can tell for how long the user has been using the phone along with the data separately for each app. It had other features as well such as Adaptive Battery, app actions, etc.

Android 10- Another version with no codename since Android origins

Android 10 marked an important milestone in the history of Android operating systems development. Google announced that since this version, no Android version will have code names except numbers representing the version. The update also came with a new logo and color scheme for the OS. The upgrade included a system-wide Dark Mode as well to extend the battery life and make the screen safer for the eyes.

Android 11- The latest update for the Android operating system

Released in 2020, Android 11 came with support for smart devices. Moreover, the update included notifications for messages along with the freedom of screening them without opening the app itself. The update also enables you to make apps request permissions every time you use them. This way, apps will not be able to access the data continuously. Moreover, it also revokes permissions for apps that have not been used for months. Android 11 also makes sure that installed apps can not see what other apps are installed into the phone of the user. Android 11 also enabled the Bubble feature for supporting apps, which allowed conversations to be accessed from the floating icon.

Android 12- A revamp different from all Android operating systems 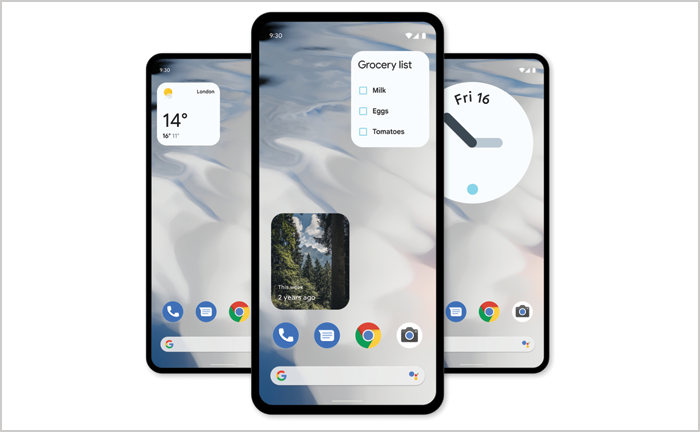 The beta version of this update was released in May 2021. It includes a complete revamp for the Android UI, something that happened in 2014 last. These new design developments will affect mobile apps along with Google services as well. The UI is smart enough to generate customized themes according to the wallpaper of the Android device. The second beta version of the update is already released in June 2021 as well. Moreover, the fourth version of Android 12 is expected to get released into the market by August 2021.

Since its inception, the Android OS has come too far. From basic UI limitations to now visually enriched interactions, the experience is improving significantly. Moreover, modern devices are equipped with better hardware capabilities as well. Thus, it is easier for any top Android app development company to make an app enriched with a stunning experience, great music, sound effects, and high-quality visuals.

NEXT 5 Best Apps for Students to Make University Life Easier

When you run a mobile app that collects personal information from its users, then you need a Privacy Policy to abide by the legislation around the world. However, even if your app does not precisely collect personal data, you may still need a Privacy Policy, primarily when you utilize a third-party

From 32 core consumer desktop processors to SSD’s reaching speeds well beyond the gigabyte barrier, the hardware is transforming at a blinding pace.Software, however, has been a different story. Progress has slowed to crawl, and applications these days simply aren’t taking advantage