Most Profitable Apps To Grow Your Business

Ever wondered what kind of apps make the most money? Well, read this blog to figure out! 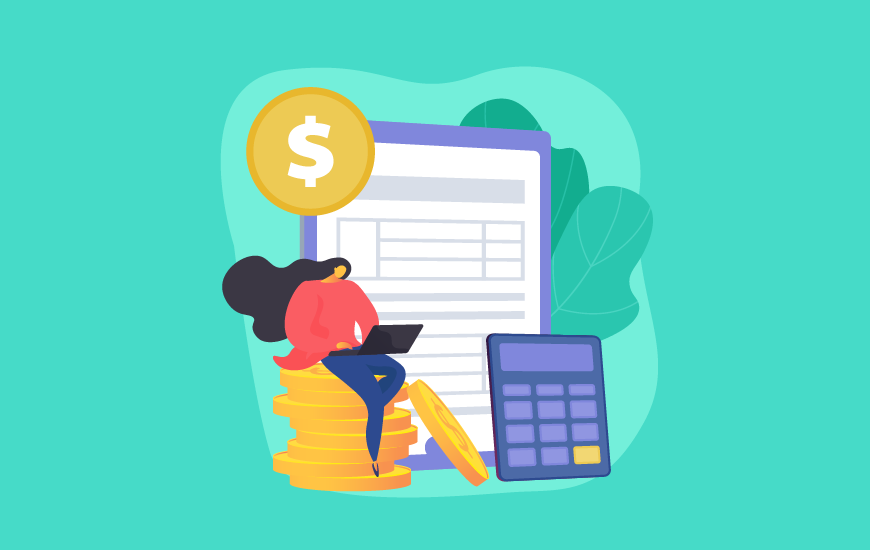 Whenever you as a developer plan an application, what do you keep as your ultimate goal? Of course, developing one of the most profitable mobile apps, Right? Unless you are not developing an app for the social cause, app development should have a clear profitable plan as it’s a time-consuming and costly process.

In this blog, I will talk about a few categories to which the most profitable mobile apps belong. It will give you a base to build a blueprint for your app development preference.

What type of apps makes the most money?

It doesn’t matter what ultimate features your profitable apps 2021 offer, it has to have some USPs to grow profit. For example, if we talk about dating apps, well, there are plenty of dating apps providing features like swipe to like, see who liked you back, super likes, etc. However, to make your app one of the most profitable apps existing, you will have to offer USPs and add something which your competitors do not have.

Well, services matter a lot. If we take examples of streaming apps, you know apps like Netflix, Amazon Prime, etc have a good reputation compared to their alternatives. The reason is their quality of the content is also better compared to their competitors.

Whenever you finalize a plan to build the profitable apps 2021, you calculate the cost and the revenue which you expect. Now, while making the blueprint, you have to answer a few questions like what kind of apps make the most money? Do you have anything unique to offer which users want? Your revenue and profit solely depend on these answers and your plan.

What Kind Of Apps Make The Most Money?

Now, if you are a developer or an app development company and you want to build one of the most profitable apps of all time, well, that needs planning. You can observe and plan according to your target market and priorities. However, I will give you a short idea of factors that might influence your planning to improve it.

You need to understand that your type of app will affect your profit. You have to figure out if you are building an app for students to learn, or if you want people to play games on your profitable apps 2021. It depends on your idea.

For example, many gaming profitable apps to make money are existing in the market. Though, if you think you can develop a game that might make users addicted, you should go for it. Moreover, you can use ads to make your gaming app one of the most profitable apps of all time.

You have to figure out the type of devices your target audience uses. There are two types of profitable apps to make money that you can build. Hybrid apps can be built for multiple devices. Therefore, they are called cross-platform apps. Hybrid apps are cheaper and less costly to maintain. Moreover, you can build one app to make it function on different devices and operating systems.

However, Native apps are platform-specific apps. But, these apps are capable of offering more features as they can use the maximum performance of the device. Native apps can be costly in comparison as you have to maintain multiple apps for each device.

In this case, if you do not need native apps, building a hybrid app can make your app fall in the most profitable app categories.

Now, you also have to understand that market size influences profit. For example, if you go through the best app categories, you will find profitable apps to make money from genres like gaming, music, gambling, etc on the top. The reason behind these categories being on the top is that their target market is huge.

If we talk about games, they are not language-specific most of the time apart from the UI. If the gameplay is addictive, you will easily find it under top grossing app categories with a good marketing strategy.

Now, to understand the most profitable apps of all time well, let’s breakdown them into various categories and understand their influence on the market.

According to Statista, the total revenue of the online dating segment is projected to touch the US $3,241 million in 2021. Moreover, according to research by Pew Research center, 30% of U.S. adults have used dating apps at least once in their lifetime.

However, if we compare statistics of users, Tinder stands on the top among most profitable mobile apps for dating.

With the evolution of technology and the adoption of smartphones in almost every sector, health & fitness apps can easily be one of the types of apps that make the most money. Health apps are being used by various categories of users like athletes, patients, fitness enthusiasts, etc.

According to Statista, health and fitness apps were installed 593 million times globally in the first quarter of 2020. However, the same category saw 446 million installations in the last quarter of 2019. Statista also mentions that the fitness & health app industry had a worth of $1.778 billion in 2016. The same is expected to touch $4.1 billion in 2021. In the U.S., Fitbit and Adidas are leading the fitness app market.

Gaming apps have always seen rapid growth in the app market industry. GameAnalytics states that the first quarter of 2020 saw an increase of 46% in users. The number of users increased up to 1.75 billion per month. Previously, it was 1.2 billion users per month. Moreover, among all apps downloaded in 2020, 21% of Android and 25% of iOs were games. 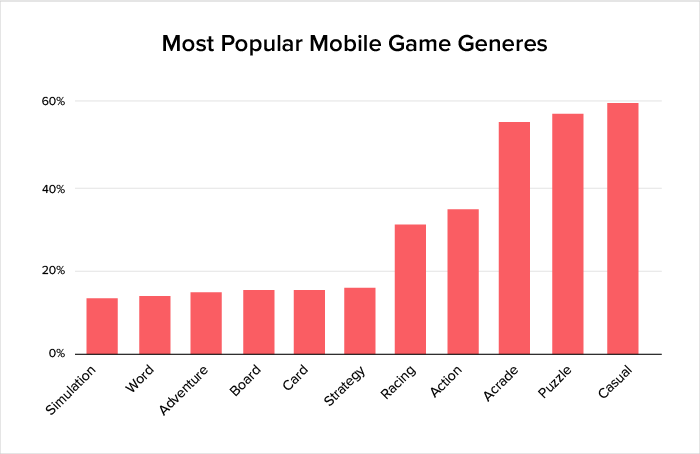 According to these statistics, Casual games have the most market share with 58.86%. However, Stimulation based games only cover 13.19% of the gaming app market.

Whenever you browse the best app categories on the Google play store, you will find plenty of media-based apps on the top. The reason behind that is that many developers are focusing on this segment by providing various services like music streaming, audio editing, lyrics, etc.

According to App Annie, Facebook has been downloaded and used by most of the people in the global market. Moreover, WhatsApp has the maximum number of active users globally. If you observe, social media apps are not only being used to communicate but for many other tasks as well.

For example, Facebook and Instagram are being used by business owners to target users and advertise to them. Apart from that, Facebook has also enabled additional features like game streaming, multiplayer games, etc. The main point to notice is that Facebook generates its 94% of the revenue from smartphones itself. 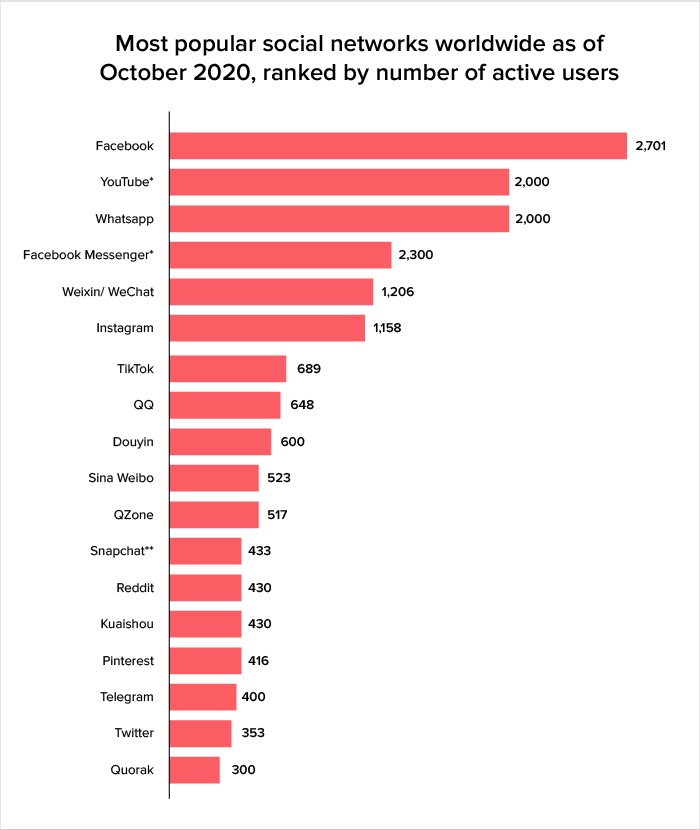 Hopefully, you got an answer to the question, how do nonprofit apps make money?To make sure that your app falls under top grossing app categories once it’s released, it is advised that you should do good research and effective planning. Also, good marketing and user satisfaction matter as well. To earn a good profit, you might have to spend a good amount on the development as well.

PREVIOUS A Simple Yet Useful Guide: What’s The Right Time To Redesign Your App in 2021?

NEXT Will Cryptocurrency Rule Over The Industries?

Cloud Mobile Apps are titled as one of the basic necessities for businesses nowadays especially if we think about it in regards to the upcoming years. With each passing day, more and more organizations are opting for solutions that are cloud-based or simply going for cloud-based applications.Eve

Cloud computing has seen a rapid boost among entrepreneurs, small and big businesses for the last few years. The service basically provides users with a platform for computing, storage, power, and databases. Currently, IT-based businesses are using this technology to be less reliant on physical hard