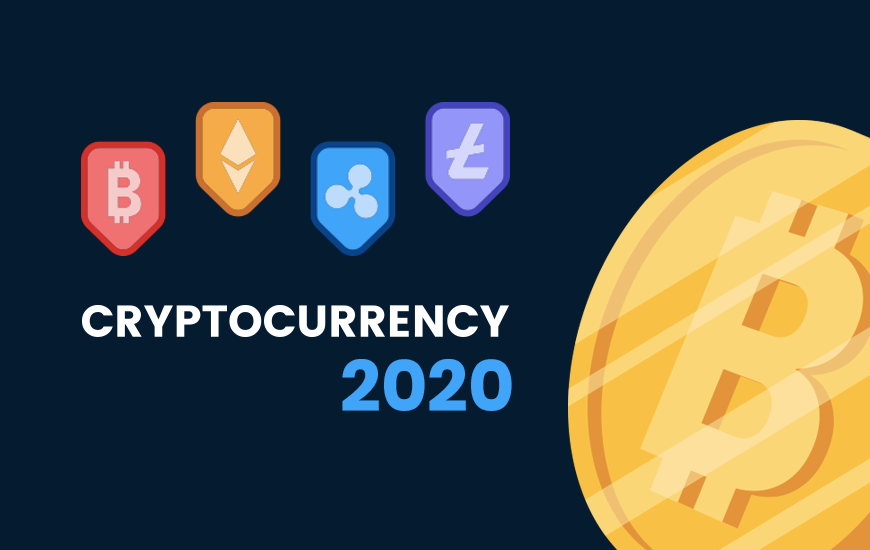 It's 2020 and at present we have more than two thousand cryptocurrencies available worldwide, making it extremely difficult to know which cryptocurrency is the most beneficial in the long run. But, don't worry! Our team at MobileAppDaily addressed this situation by presenting to you a well-researched list of popular low cap cryptocurrencies for the year 2020.

In order to gain a profit, an important aspect is to look for a future full of potential and opportunities which can be a tricky situation for some people to deal with. Here, the term 'low cap' is shorthand for Low Market Capitalization, and some of the top low cap cryptocurrencies are as follows:

Speaking on a fundamental level, this low cap cryptocurrency is known to take the cloud storage option from the monolithic providers and then provide it to the users itself. Due to this, a peer-to-peer (P2P) ecosystem is formed which enables every user to make full use of the space in the hard drive.

In addition to this, all the services for every end-user, as well as the hosts, are compensated in the Siacoin cryptocurrency. The ecosystem of Sia also offers very flexible storage options. As all transactions are carried out in Siacoin, they are secured via storage proofs and filing contracts.

The next name in the best low cap cryptocurrencies list is Docademic which is an international medical platform that allows users to connect with doctors with the help of a smartphone's camera. On this platform, the valuable user information is stored on a blockchain which needs MTC tokens for data retrieving.

Because the blockchain in healthcare and medicine sector is so expensive and difficult to handle, we require highly efficient and conventional databases to make sure that the sensitive data is safe from the various online hacks. With Docademic, you get two to three free medical assistance on a monthly basis to their user account. All you need is a smartphone with a good camera and a steady internet connection.

The low cap cryptocurrency, SelfKey has been in the limelight for the past year due to its partnerships with banks in the Dutch Antilles and the Cayman Islands. Along with this SelfKey also partnered with Polymath and also released the SelfKey marketplace's alpha for the public.

As is a self-sovereign identity service, SelfKey has now included the KYC option i.e. Know Your Customer requirements to simplify the onboarding process for their end-users. Also with the help of the SelfKey Identity Wallet, people along with companies can easily manage their digital identities in a secure manner.

When it comes to small cap cryptocurrencies, Basic Attention Token also known as BAT seems to have promising upcoming years. Here, the BAT cryptocurrency is basically a unit of account that is used between end-users, publishers and even advertisers. The company itself does not encourage any kind of token trading activities on exchanges.

The Basic Attention Token has a synonymous browser i.e. brave browser which has the ability to provide seamless integration with the BAT cryptocurrency as well. The brave browser also has the feature to repel harmful malware in order to protect valuable data and private user information.

Linda is also considered as the best low market cap cryptocurrency by a large group of people and falls in the competitor category for other market cap cryptocurrencies like EOS and ETH, apart from this, the features offered by Linda are quite interesting. For example, this mobile wallet enables users to access as well as control their funds with just a few clicks.

You also have the option to get a stake in the Linda cryptocurrency coins while the web wallet lets the end-users to stake and also spend their Linda coins with the option to run the master nodes. On the other hand, the mobile wallet has partnered with various other coins like Shard, Colossus, PoS and many more.

In the last couple of months, Dragon Chain has gained a lot of attention in the IT sector by offering BaaS i.e. blockchain-as-a-service. This service offers enterprises and businesses the option to implement the blockchain technology in order to secure their databases.

Apart from this, companies can even execute smart contracts without any additional help or technical expertise. This small-cap cryptocurrency also acts as a great platform for ICOs as hundreds of projects that are planned to launch forICO exclusively.

Oyster Pearl also known as PRL eliminates the access clutter along with the intrusiveness of display advertising over the internet. Being one of the small-cap cryptocurrencies, PRL also makes sure that the content curators, as well as creators, are being rewarded.

Oyster Pearl acts as an effective solution for a mass consumer problem with multiple already existing technologies like Ethereum and IOTA. It makes use of its Ethereum blockchain as a payout method for the content creators/providers.

The project Lunyr can be described with the example of a site similar to Wikipedia where the information contributors are provided with an incentive so that the data is kept in proper form. It can also be referred to as one of the longest-running dApps on the Ethereum blockchain. This platform basically pays its contributors and also reviewers on a reward basis. Although, Lunyr project had some shortcomings in the past but now it has the potential to be among the merging low cap cryptocurrencies of 2020.

KIN is another low market cap cryptocurrency which was recently developed, it runs on the KIK messenger platform. This cryptocurrency project can be said to be very similar to the concept of Viber and WhatsApp but it draws a line by adding some extra functionalities in it. The target audience for KIN project is mainly teenagers and young adults. At present, the KIK messenger has more than 15 million users on a global level.

SONM is also known as SNM, and a small cap cryptocurrency which is an efficient decentralized AWS (Amazon Web Service). Fundamentally decentralized cloud computing i.e. fog computing is where any user can build apps, host sites, perform calculations or produce ML (Machine Learning) with the help of the SONM architecture. Now, this project is partnered with the tech giant HP which has led the SONM coins to the top of the cryptocurrency exchange hierarchy.

At a time when cryptocurrency is dominated by the likes of Dagcoin, Ethereum, and Ripple, these low cap cryptocurrencies can help you propel in the market capitalization.

Here, market capitalization can be referred to as the total value of the overall coin supply that is being circulated.

If you are interested in reading more such interesting articles, make sure to click on the 'Subscribe' button and never miss another update from the mobile app industry.

NEXT Crypto Finance Conference 2019: All You Need To Know