The Swift vs. Kotlin debate is a significant concern for the developers since the beginning. 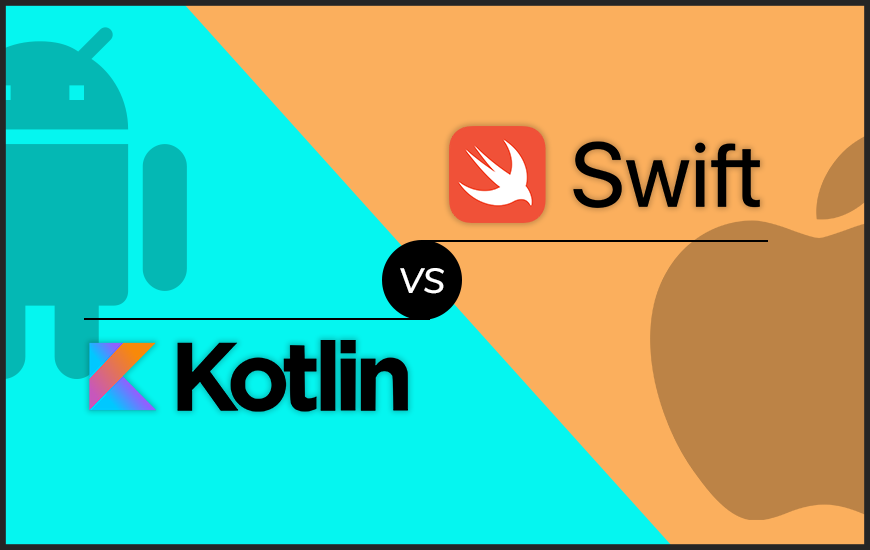 Java used to be the most convenient language for the Android developers for building apps. Where it was user-friendly on the other hand, it also increased the productivity of the developers with new functions and libraries. However, the productivity and the ease of coding needs to be improved with time to compete with evolved technology. And, then comes Kotlin in the picture after Google started supporting Kotlin.

In 2017, Google announced that they would be using Kotlin as the official language for Android. Almost all the Android developers were pleased by the move as they knew that shifting from hardcore Java to user-friendly and more sophisticated Kotlin is a big relief. The easy to code environment with a number of support with reusable libraries and additional productivity tools made developers to compare it with the Swift.

However, most of the iOS developers believe that Kotlin is nothing more than a copycat of Swift. But, the fact is that Kotlin is around the industry since 2011 whereas Apple introduced the Swift in 2013. Although both the Swift and Kotlin share some similarities when it comes to crafting an app, there is nothing like a copycat.

There are major differences between these two top-notch programming languages that every developer should know about. Besides, if both the languages share some common island, so how long the similarities stretch? Let's find out the answer. 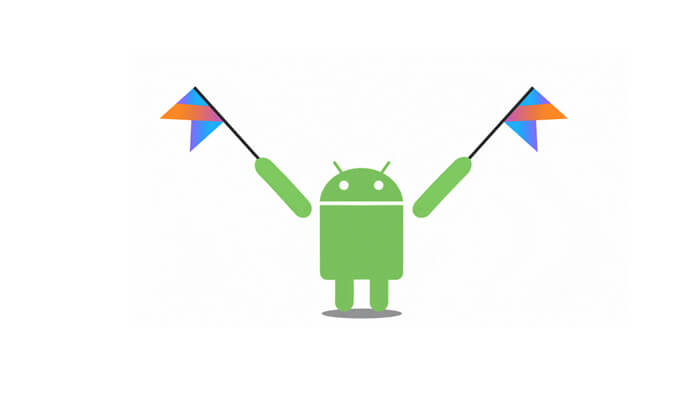 The syntax of the both Swift and Kotlin are similar up to a major extent. In a group of small functions, you will find a number of similar strings. Below you can find the major difference between the syntax of the two programming languages.

Class declaration for both the languages:

The Differences That Matters

In Kotlin you will see the Data Class, whereas the Swift passes on it. During the code, we often create classes, whose primary function is to hold the data. Sometimes these classes also mechanically drive standard functionalities and utility functions. These classes are known as data classes in Kotlin. However, in Swift, you won't find any counterparts of data classes.

2. Enums are the key

Enums is the term used to declare the enumerations in the coding, and it contains the set of name constraints known as enum list. Swift offers very powerful first class-type enums that are used to carry out the features of the struct, computed properties and different values depending on per case. Kotlin misses the enums which lack the result of enums pattern while coding due to language limitations. However, such a pattern can be achieved by sealed class, but that will be very complicated.

In Kotlin there is no specific type of structs for the developers to use, the language is the same as the Java. Besides, there are few types of structs like int, boolean, float that required to be passed by value, and remaining are passed by the reference. On the other hand in Swift, you get the liberty to choose the type of struct you preferred for your data.

A Tuples is an ordered set of values, or it can be defined as structured data having the multiple parts. In the relational database, the information is stored in the form of the spreadsheet where the tuples can be taken as the rows. The tuples are beneficial in defining the interaction between components where you don't have additional classes.

Unfortunately, Kotlin doesn't have any Tuples types or expressions while Swift leverages it to define the interfaces among components.

Besides, the delegated properties also allow defining the behavior of common properties including lazy properties, observation properties, and storing properties. However, Swift doesn't offer this characteristic, so you have to be satisfied with the properties provided by default.

Where Kotline offers support for a number of annotations, Swift does not support any of them. Annotations are the most efficient way for adding metadata to the code. You just need to write the annotation modifier in front of the class. The different annotations Kotlin supports includes the @Taget, @Repeatble, @Retention, @MustBeDocumented.

Difference Between Kotlin and Swift In Coding

With the above codes, you can clearly see that both the languages share a way more similarities in their coding pattern. In 2016 there were rumors that Google might choose Swift as the official language for Android but that didn't happen. Considering the Kotlin and Swift similarities the move could be possible.

However, at the same time choosing Swift instead of Kotlin could be inappropriate. That’s not just because of Apple and Google being rivals but shifting from Java to Kotlin is much smoother than Java to Swift. Although Swift and Kotlin are very similar and somehow both the languages are bridging the gap between Object-C and Java.

SwiftKotlin is an open source tool or framework for Mac computers that automatically translates the Swift codes to Kotin. The developers need to paste the code Swift into the tool, and it will get converted into Kotlin. However, there are also some other alternatives for building a multi-platform project and exchange the code between these two languages.

React Native, Cordova, Xamarin, and other low-level libraries can be used for the same purpose, but SwiftKotlin holds many benefits over these. The new framework that works on the Mac computer could be the road to a revolution where both the languages get a common ground. This idea could be nourished and give birth to another option for making a tool or framework that could leverage the benefits of both the languages.

The mobile app development industry is continuously evolving, and the introduction of new tool changes everything overnight. There is no guarantee if in the coming 7 to 10 years both iOS and Android app development changes entirely. Both the platforms are looking for stable and more convenient, a fast app development tool.

Maybe both Kotlin and Swift could end up accepting a smarter common language by filling the gap between them. This brings us to the conclusion that for the developers Swift and Kotlin are still the top end choices for development. Where iOS developers had to rely on the Swift in order to build a more creative app, the Android developers have Kotlin to keep assure that their app doesn’t lack behind in any aspect.

PREVIOUS You May Soon Get New 'Explore' Tab On YouTube

NEXT Snapchat To Shut Snapcash By Next Month

Okay, so you want to build an app yourself. Good for you!Now allow us to help you develop an app that will fit your wallet and fulfil your purpose as well.You have an amazing idea for your app, have conducted ample market research to determine the pain-points of your target audience, and dec

What Are Different Types Of Logistics App Development Technologies in 2021

It is a well-established fact that logistics are responsible for driving many businesses worldwide. This becomes highly significant when we look at the fact of how many entrepreneurs think of widening their footprints across different geographic locations. This is the part where the transportation a