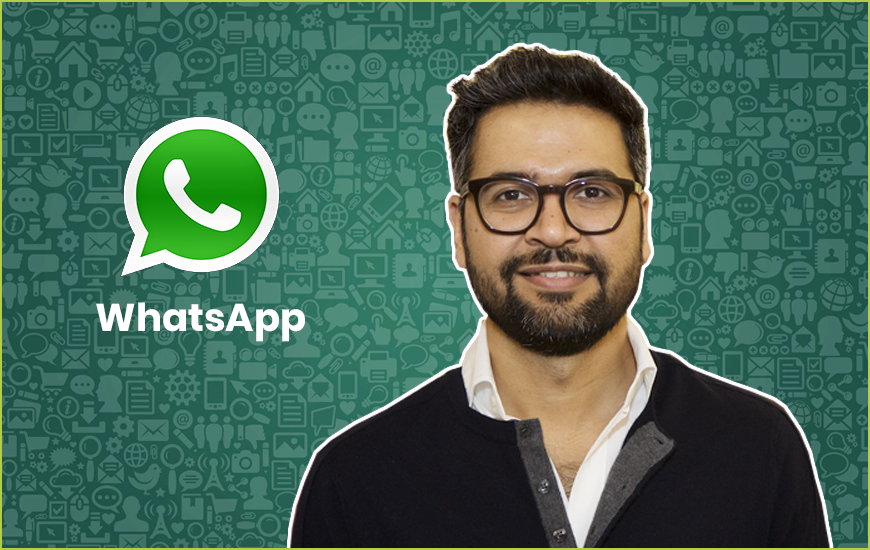 Neeraj Arora, WhatsApp’s Chief Business Officer, is the latest in the growing number of high-profile Facebook executives to split their service off from the company.

Neeraj Arora was with WhatsApp since 2011 and decided to end his term with the company, seven months after WhatsApp co-founder Jan Koum announced his high-publicized exit from Facebook back in April, this year. Neeraj was also a front-runner for the post of CEO at WhatsApp after Koum left.

“I’m going to take some time off to recharge and spend time with family. It is hard to believe that it has been seven years since Jan and Brian got me onboard at WhatsApp, and it has been one hell of a ride! ”

He also stated that,

“It is time to move on, but I cannot be more proud of how WhatsApp continues to touch people in so many different ways every day. I am confident that WhatsApp will continue to be the simple, secure & trusted communication product for years to come.”

With his exit, Neeraj indirectly indicated the disappointment that many leaders have faced due to Facebook’s use of personal data and it’s attempt to weaken the encryption.

“I've been blessed to work with a small set of talented people and see how maniacal focus can create something magical which is loved by billions of people.”

Also, he thanked Koum and Acton in his twitter post as well but not once did he mention Mark Zuckerberg in his farewell note, who bought the App for $22 Billion in 2014.

Thank you, Jan, Brian and the whole WhatsApp team for a memorable last 7years! It is time. https://t.co/rSjhfalC8D

In a deleted blog post, Koum reportedly shared his concern over privacy issues. He was unhappy about Mark Zuckerberg's business model about how Facebook would monetize the app and impact of that on the privacy.

“These days companies know literally everything about you, your friends, your interests, and they use it all to sell ads.”

Recently, Instagram co-founders Kevin Systrom and Mike Krieger announced they were leaving Facebook years after the company acquired their photo-sharing app for $1 billion. They shared the news in September, just a few months after Koum stepped down from WhatsApp.

A sudden vacation of all the top profiles of Facebook can be an indication that the company’s business strategy might be in danger over a long term.