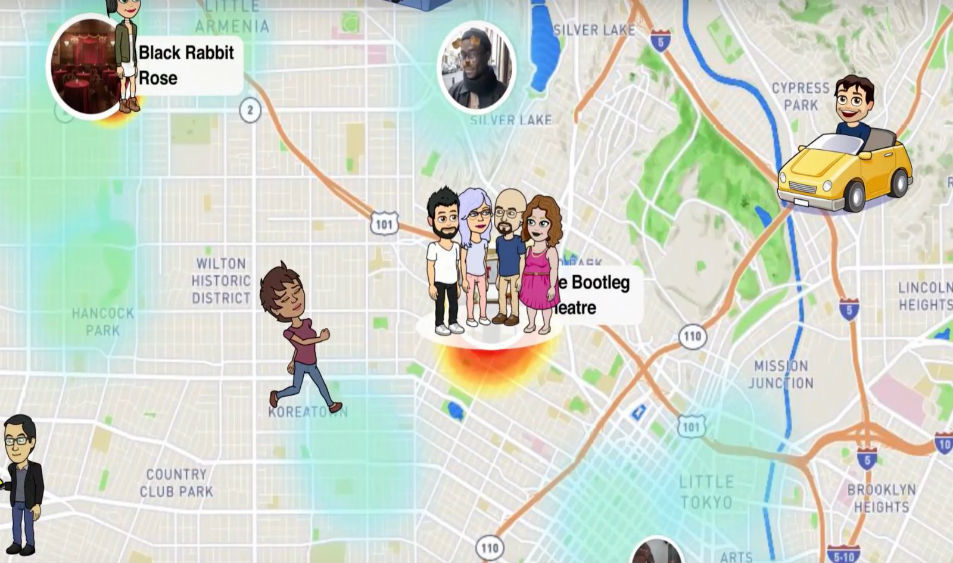 Harvey- the hurricane, mutated into a tropical-storm which landed in Houston on Friday, causing the catastrophic flooding in the entire city. The storm has already killed 7 people in this Texas City and forced thousands to evacuate their homes.

Several portions of the fourth largest city in the US are still under water, threatening several human lives. Surprisingly, the victims are snapping the sights of destruction and chaos on Snapchat for good. The application has a feature called Snap Map which allows the user  share their location and images and it turning out to be a great help for the Harvey victims.

Just insane video coming in from around Houston on the Snap map, inside homes and neighborhoods pic.twitter.com/wMNPZJ9JNU

Earlier this year, Snapchat released a new feature, SnapMap that allows its users to post a snap which if publicly shared can be traced on the application's map. Mapping out the images on the app is helping the concerned people to explore the current situation and the damages done by Harvey in the city. As the tropical storm continues to unfold its wrath over the city inhabitants are using the SnapMap to convey their location and condition as well to their family and friends. More than 250,000  Harvey- related posts were submitted to the platform in between the duration of Thursday morning to Sunday evening.

The maps on SNAP was useful today. Watched all kinds of hurricane Harvey Snaps #realfootage #nomedia

Snap Map is coming out as a powerful tool to connect with friends and family in Houston, Texas. people outside the Houston.

The heated area marked with red spot on  the map which denotes the areas with high activity and by tapping on that you can view what people are sharing. This feature came out as a very handy tech equipment in the time of emergency as it's also assisting the rescue teams to spot the needy-locations shared by the affected users.

The maps on SNAP was useful today. Watched all kinds of hurricane Harvey Snaps #realfootage #nomedia

“By checking the snaps we know the water hasn't come into the first floor," shared by one of the  who was unable to check his house, abandoned since the flood strikes. "Such peace of mind for now,” he further added.

“I was worried about my best friend and there was no word from her for hours, but on the map, I found that she is Okay,” written by another user.

Along with the Snap Map activity, users can also go through newly added stories of all the highly flooded areas on Snapchat. Snapchatters can also contribute to the relief program by donating via Snapchat stories, just swipe up on the stories.

Google has launched a new app named as ‘Family Link App’ which will ensure the safety of phone in children’s hand. Now, parents don’t have to worry about what their children can download from Google play store or online. The only requirement that parents need to do is to crea