Want to share how you edit your photos? Help people master the art of editing with Replay. 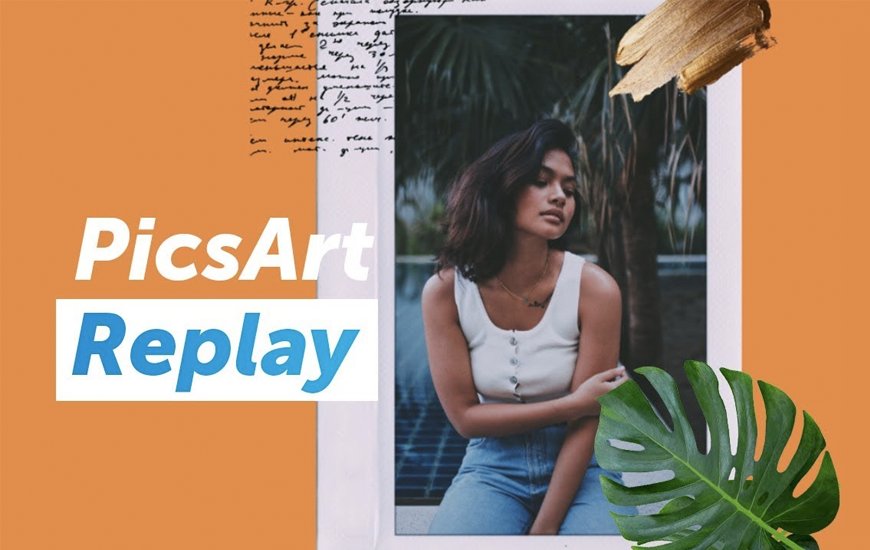 PicsArt, which has now become synonymous with photo editing, is the world’s top creative platform for social editing. Moreover, it was one of the top 20 most downloaded apps in 2019. While it is already considered to be the best photo editing app, with the launch of its new feature called Replay, just about anyone who can operate a smartphone can turn into a professional photo editor in a snap of two fingers. This isn’t an exaggeration, considering how the YouTube video of the app promises to deliver results within minutes.

Replay shows users the entire photo editing process from start to finish and enables anyone to replicate those edits on their own images in just a few taps. The result is quick professional edits that take a fifth of the time to create. See how it works below.

It goes without saying that becoming a professional photo editor requires years of practice and learning. However, Replay connects people to top photo editors, who showcase their entire creative process in a quick visual format, thus making it easy for anyone and everyone to achieve the same/similar design aesthetic.

While Replay is only available in iOS, which is visible only from the @PicsArt official account, in the coming weeks, the company is going to launch the product on Android, as well. The focus is on giving access to more than 130 million monthly active creators to showcase their photo editing talent via Replay. PicsArt will only allow its users to create and apply Replays, but they will be able to share view-only versions of their Replays outside of PicsArt on social media websites, such as Instagram, Facebook, and Twitter.

Check out the list of other photo editing apps for iOS and Android on our website to gain proficiency in the art of editing.

PicsArt is the world’s largest creative platform. According to an interview with Jeff Roberto, SVP Marketing at Picsart, the app has more than 150 million monthly active users and it has been among the top 20 downloaded apps worldwide in Q1 2019. Every month, the PicsArt community creates, remixes and shares nearly one billion images and videos, making it the largest open-source collection of #FreeToEdit content in the world. PicsArt is available in 30 languages for free and as a subscription on iOS, Android and Windows devices. Headquartered in San Francisco with offices in Yerevan, Armenia; Los Angeles; Beijing; and an AI Lab in Moscow, PicsArt is backed by Sequoia Capital, DCM Ventures, Insight Venture Partners, and Siguler Guff and Company. Download the app now, or visit PicsArt's website for more information.

NEXT Facebook Debuts Study, An App That Will Pay Users For Sharing Their Data

TEL AVIV, Israel - June 26th, 2019 - SOOMLA, one of the well known industry leaders in mobile ad measurement and insights, has released their first Monetization Benchmark report for the year 2019.This report offers an in-depth comparison of the Monetization levels that were collected from hundre

In a recent move, Lyft, an on-demand transportation company based in San Francisco, has announced the acquisition of the largest operator in North America, Motivate. These two companies share the similar tastes and intends to revolutionize the urban transport to an all new level.“Lyft

The mobile gaming and app industry sees new trends and evolutions almost every passing year. Thus, SocialPeta decided to release an updated version of the H1 2022 Mobile Game & App Marketing White Paper. The report in-depth mobile app and game industry insights for tech readers from all over the