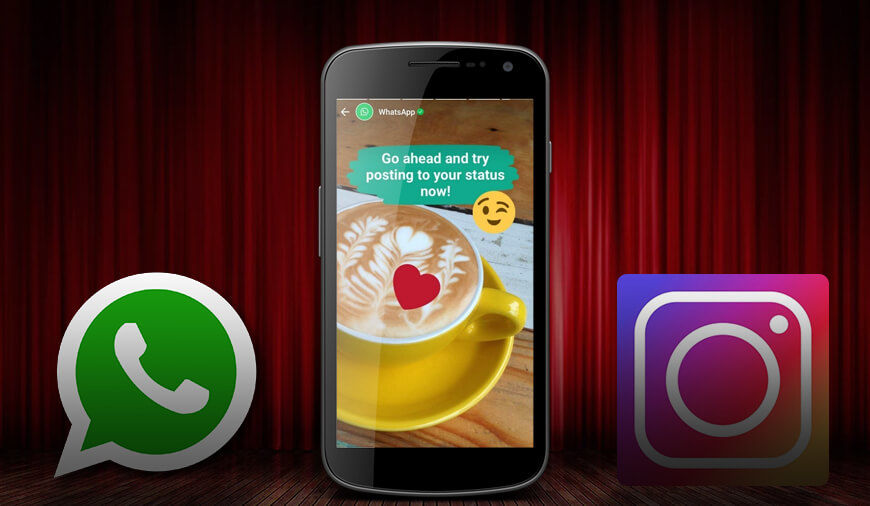 Facebook, the social media giant and the company that owns Snapchat’s two top-notch competitors Instagram and WhatsApp are planning a new gift for users. It seems Facebook has taken the cross-posting feature very seriously as it is testing the same with Instagram stories for WhatsApp. Stories, the feature that lets the users post images, videos, and text for a limited time on Instagram is getting linked to the WhatsApp status. In October, the cross-posting was first introduced by the search giant for users to post Instagram stories directly on Facebook.

According to the recently posted local Brazilian blog, Instagram lets the users share their stories as WhatsApp status with an Instagram Icon. The messaging app’s status feature is similar to the stories through which users can share decorated images, videos, and GIFs, that will appear for 24 hours after posting. By allowing the cross-posting, the Instagram posted stories can also be shared as WhatsApp status with encryption and will get disappear after 24 hours like normal status.

In the blog, a user shared an image showing the Instagram story posting screen one side and a shared WhatsApp status on the other side. The Instagram screen shows an option with a plus sign to share the story on WhatsApp and afterward user had to press ‘send’ in WhatsApp to finally post the story as a status. However, the cross-posting feature is being tested with a handful number of Instagram users till date. The move comes under the publicly available code by WhatsApp that makes possible for the messaging app to integrate with any third-party app on web or Android. 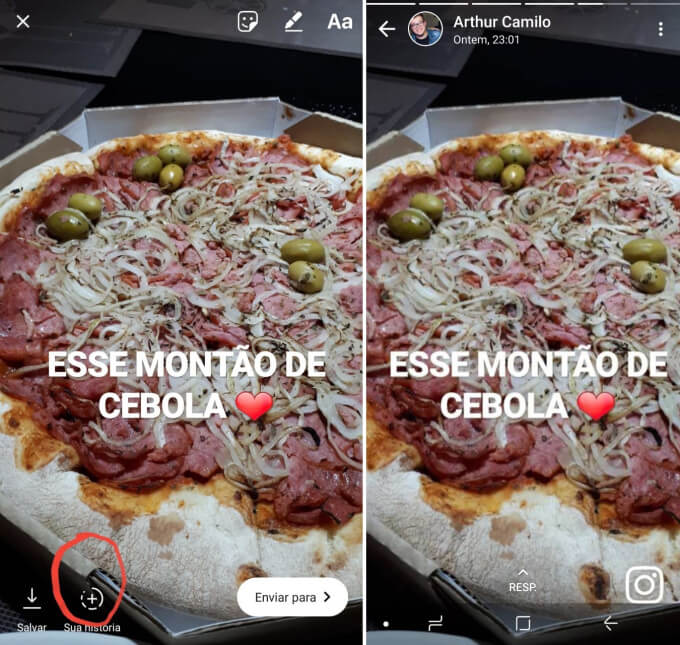 Adding the WhatsApp in the cross-posting cycle didn't come as a surprise as it was expected from Facebook to further snatch the Snapchat's market. There could be a few reasons for Facebook for adding one more cross-platform posting option. Increasing the WhatsApp status users could be one of those but unlike Facebook stories, the WhatsApp status has almost 300 million daily active users. This leaves us with the major reason that could be, powering up its social media ecosystem by keeping the users busy with its interconnected product. This will also expand the user’s time spent over the social media apps every day.

However, there could be one problem that users could face with this addition and that is getting bored of the same content. There is a huge portion of users that uses all the three platforms regularly and they may end up seeing the same content everywhere they look, that is annoying. Facebook is working on a way to filter the Instagram stories for users, so if anyone who has seen a story on one platform will not be delivered same content on other channels.

Stories are not the only thing that Facebook is planning to gift cross-platform functionality, recently it was also spotted testing the cross-notification feature between Facebook, Messenger, and Instagram. A few days back, WhatsApp also accidentally released a new feature that went viral among the users. Once the Instagram story cross-posting with WhatsApp hit the wider audience, it will be easier for users to share their stories on different platforms with a single move.

NEXT 9 Approaches to Answer the Question How to Increase App Store Ratings?