The portability of the hybrid mobile apps makes it a preferred pick among the developer community. 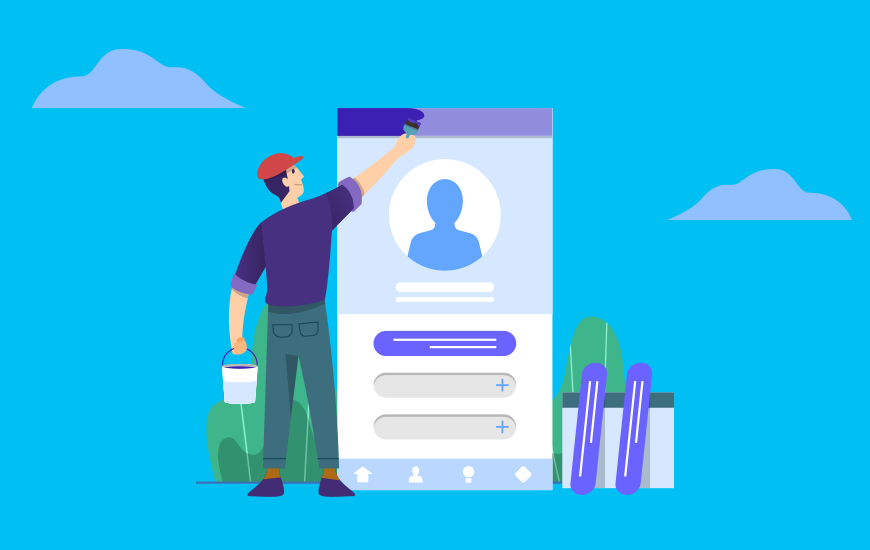 In this tech-addicted world, innovations and creativity fuels the countless number of features that are pushing every business house to compete at the top level. The same goes to the app development sector.

The technology of hybrid apps (hybrid application) with its significant advantages are making all the organizations either to develop a hybrid app or shift their native app to the cross-platform mobile application. Also, the app development process is completely overhauled by hybrid apps.

Before going forward, let’s take a look at the basics of the hybrid mobile app.

What is a Hybrid App?

A hybrid app is a mix of both native and web applications. Primarily, a native app is designed for a specific platform and installed on a computing device, while the web app is crafted for multiple platforms and is published over the Internet through a browser. And if we talk about the hybrid mobile apps, it’s the blend of both and usually explained in the context of mobile computing. 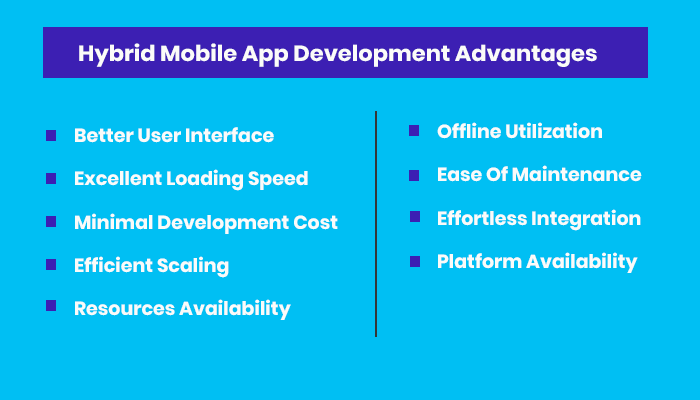 You must have noticed the change in the website appearance and functionalities when juggling between different browsers or systems, and the same applies to the apps. But if an app is developed on a hybrid platform, the hybrid app UI remains responsive and offers consistent user experience across multiple mobile platforms.

As hybrid apps are lightweight, it doesn’t take much time to load the high-definition graphics and content. Thus, hybrid app load content much faster than the web and native apps. Even in case of a refresh or reload, the hybrid app doesn’t face any issue and also works perfectly fine in a slow internet connection.

If hybrid apps are compared to the native and web app, hybrid apps are quite cost-effective; thanks to their single code base usability. With a common code, the app can be published on multiple mobile app stores. Also, some specific standard tools and libraries simply cut down on extra efforts and time from the developer's side.

Hybrid apps are supported on multi-platforms and can be operated on a number of devices. It helps the apps developers to scale and test the app with various third-party plug-ins that can add more value to the app from time to time.

The availability of resources is one of the top issues that the developers face now and then on a regular basis. But with the hybrid mobile app development, all the resources are readily available for the web technology, and this saves the organization from shelling out a massive sum in developing an application as hybrid applications are cheaper than native apps.

For offline use, the hybrid apps store the devices API and then deploys when the device goes offline due to weak or no connectivity. It helps to in quick loading of the app and helps the user to reduce the data usage consumption. With this remarkable advantage, the hybrid application highly scores over the native application.

Thus it makes it hectic for the developers to maintain all the features of native apps and web apps separately. To keep it smooth, app developers have to roll out specific fixes and updates for the app on every app, but that is not the case with the hybrid app.

A hybrid app doesn't require versioning and considerably brings down the app maintenance cost. It makes the hybrid app more flexible in terms of the post-development process.

In terms of integration, hybrid apps are similar to native apps and deliver a smooth user experience. The hybrid mobile apps make use of the device’s internal programming system which further assists in enabling seamless synchronization with compatible apps. It makes the hybrid apps to operate in sync with the device’s native apps like camera, GPS, messaging, etc.

Currently, there are two major platforms on which apps are being published; one is the Google Play Store for Android, and the other one is the Apple App Store for iOS. So, a hybrid app can be rolled on multiple platforms with the same effort, money, and time as it takes to develop a native app.

Also, it helps in targeting a wide range of users and gets the maximum outreach as the user are divided among different platform based smartphones.

All these advantages mentioned above puts the hybrid mobile application development ahead of native applications. The cross-platform usability of hybrid apps makes it's a great choice for companies who are looking for low investment, especially startups.

At the same time, native mobile apps have their own benefits and limitations and thus makes the native apps a vital factor in the development of hybrid apps.

More information about the hybrid apps and its development, you can comment below, and we will assist you with all the necessary insights.

10 Steps to Successfully Develop an App

Today the business world is influenced by mobile app technology and its benefits. Every company is aware of the significance of app strategy in terms of revenue and reaching out to the customers.The competition is getting tougher every day with more and more app development companies.

As an app developer, you want to make sure that the app you are building is flawless and secure from all the unethical attacks at the same time. And in order to make your mobile application secure from such cyber attacks, the app developers are required to follow certain security practices and strat

Are you wondering ‘what is Google working on?’ Fuchsia is the answer. But what is Fuchsia? Let’s dive into it.It was in 2016 that Google started working on a new operating system known as project Fuchsia that sent the mobile industry into a twirl. Many experts speculated that G

In just a couple of years, we have witnessed how the industry of web and mobile app development has evolved with respect to various factors. The application designing and development field is currently following an exponential growth graph which further turns out to be beneficial for businesses as w