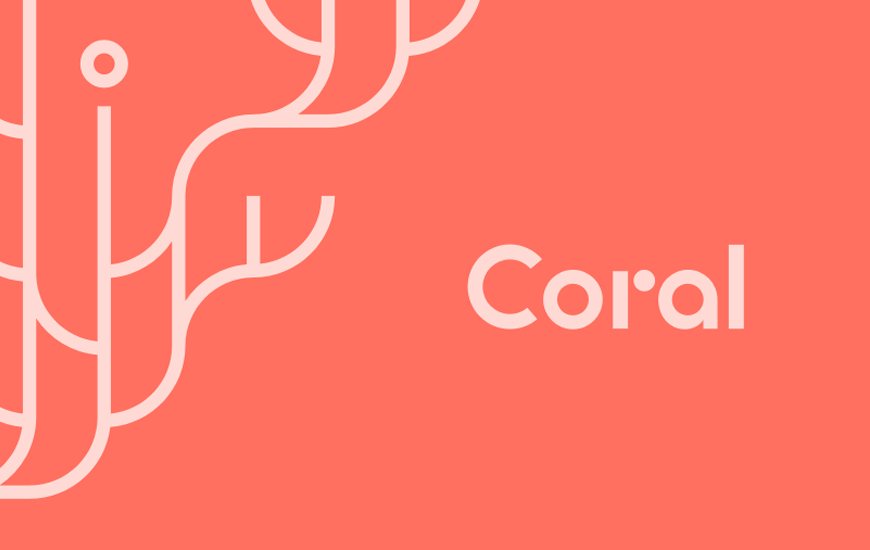 At the launch event today, Google announced a series of new AI hardware tools for Android developers in addition to its other machine learning developments.

Google is again making headlines with the introduction of new AI hardware tools that will come under the brand name ‘Coral’. The company has planned Coral to work with other Google tools like TensorFlow and Google Cloud IoT (Internet Of Things) for connected device administration.

It can be used for large business houses to the startups that are still in their initial stages. From today's Coral products, sample code and other resources are available. 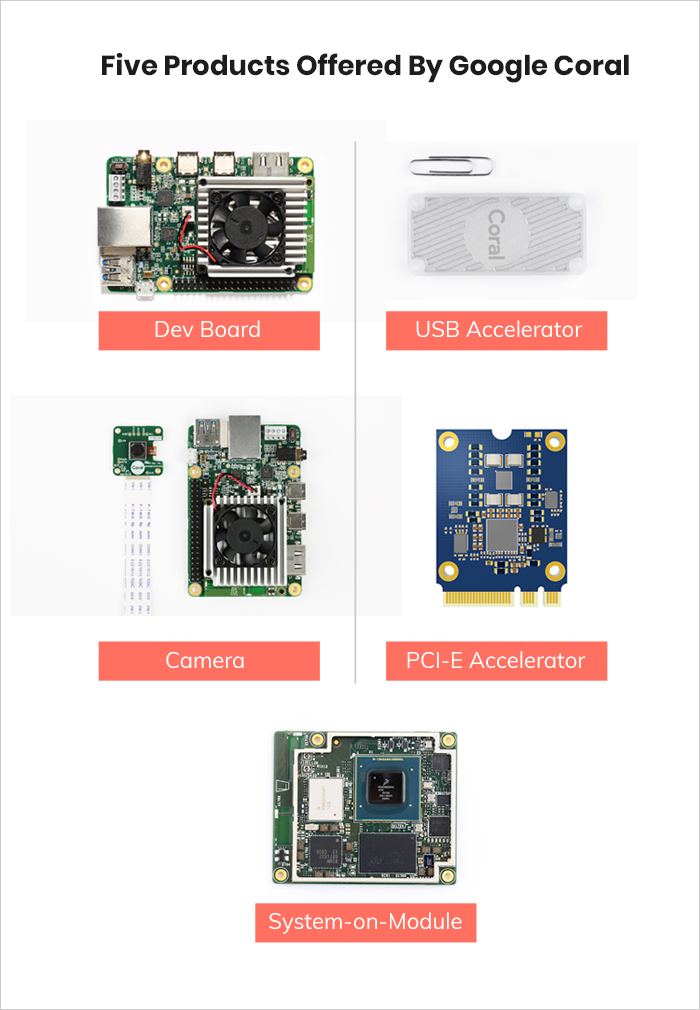 Coral offers five products that vary from new product development to augmenting existing designs and at the end scaling for production. Here are five products of Google Coral:

It is a single-board computer with a removable system-on-module. It features Edge TPU, Wi-Fi, eMMC memory, Bluetooth and RAM. It costs $149.99.

It features the Edge TPU that brings ML inferencing to existing systems. It also gives flexibility to users for easy integration into the Linux system over USB 3.0 and 2.0. It costs $74.99.

It has a compatible camera module of 5 megapixels. It is available at $24.99.

It carries a device for easy integration of Edge TPU into existing systems.

It is a 40mm x 40mm pluggable module with a fully integrated system.

What Are The Main Benefits Of Google Coral

Here are some of the major advantages of Google Coral, which are as follows: 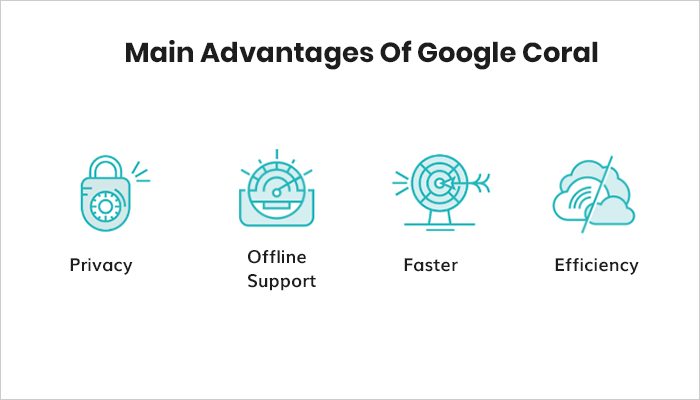 Google has also introduced a new way to generate revenue for Android developers with the use of their mobile applications. The company has launched a new monetization option for apps called Rewarded Products and it is not related to the subscription.

The revenue model of this option is simple: users will contribute to the app’s revenue by giving their time instead of money. It will offer a rewarding video to users, where they can choose to watch a video ad in exchange for virtual goods and other in-app purchases.

This new feature will definitely make android developers happy but we have to wait for the user’s reaction. It will largely depend on the presentation of the video ads.

The launch of the new Google Money-Making Tools and Rewarded Option aims to compete with Apple’s success with the fully embraced subscription. Subscriptions are one of the major factors in App store revenue growth other than the mobile app gaming aspect.

Also, in case you are interested in reading more such interesting updates straight from the tech industry then feel free to follow MobileAppDaily now. And in order to stay updated, all you need to do is click on that ‘Subscribe’ button.

NEXT Mobile App Marketing And How It Has Changed: #10YearChallenge

Android 9.0 Pie, is the latest Android OS offering from Google that has infused a lot of interest in the mobile industry experts. Android 9.0 update was rolled out on August 6, 2018, and on the same day, it was made available for Google Pixel, Pixel XL, Pixel 2, and Pixel 2 XL.Right after testin