Automation testing is an integral part that needs to be implemented correctly. 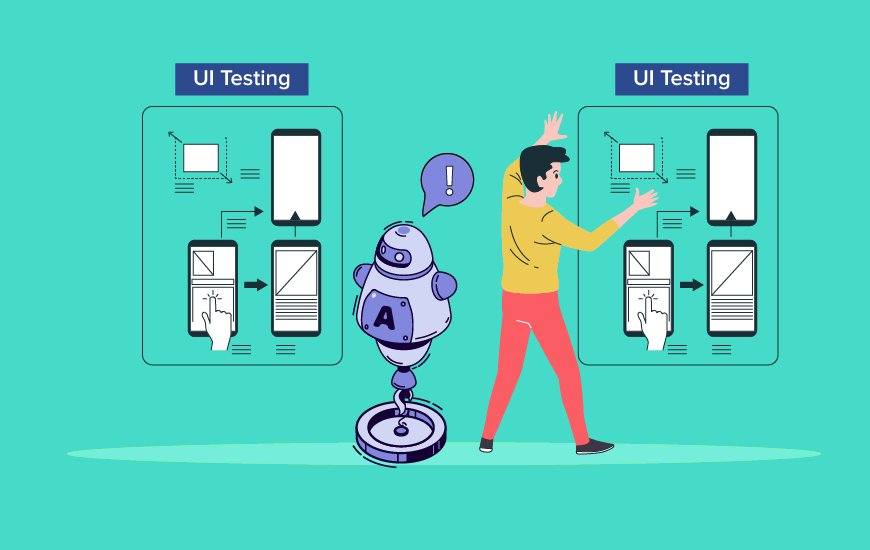 With today's mobile technology, people have successfully transformed their lives around the concept of digitalization. Mobile and web applications have now become an integral part of our day-to-day activities. It doesn't matter which sector we talk about, as now the majority of industry verticals have already adopted the application revolution along with mobile technology.

That's the reason why it is crucial that we highly focus on providing advanced features with excellent functionality to the end-users. And one of the main aspects that are required to make this happen is Mobile App Testing.

Testing itself has a ton of benefits to it, like improving the speed of the app and eliminating the bug issues from app functionalities. That's why mobile app testing is a necessary part of the app development process that can not be skipped.

The two key mobile app strategies are manual testing and automated testing; this is the part where most of the people get confused.

These are some of the many questions that several users, as well as the app developers, have regarding the manual and automated testing techniques. So, in this article, we will be stating the key differences between the automated testing and manual testing along with their pros and cons, to provide you a better understanding regarding it.

What is Automated Testing?

The automated mobile app testing is a known vital element of the TDD which stands for the Test Driven Development. Basically, automated testing relies on the pre-scripted tests that run automatically. The function of these pre-scripted tests is to compare the expected results and the actual results that are received.

With this comparison, we can easily determine if the mobile app is performing as per our expectation or not. In the automated type of testing, the tasks that are being repeated are executed, and then regression checks are performed to look at the state of the app after implementing some new changes. 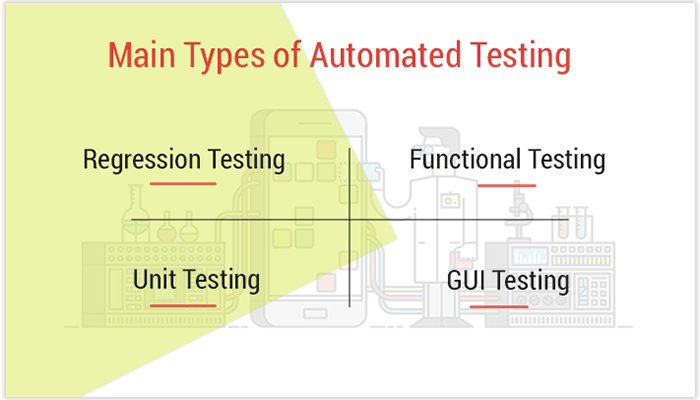 These are the different types of testing that fall under the category of automated testing:

The regression testing is more than just retesting; it is an entire process of testing if the old programming still works with the new changes applied by the app developers. So, when a newer version of an app is released, the previous test cases are run against this version to see if the older capabilities are still working or not.

The unit testing is a type of testing where the particular components and units of the application are tested. The main motive of unit testing is the validation of all components separately. A unit is the smallest part of an app that can be tested by providing one or more input and receive a single output from it.

GUI testing stands for Graphic User Interface testing where we test the application's graphical user interface. This type of testing, including run tests on the screen's components including menus, icons, buttons, toolbar, dialog boxes, and many more. 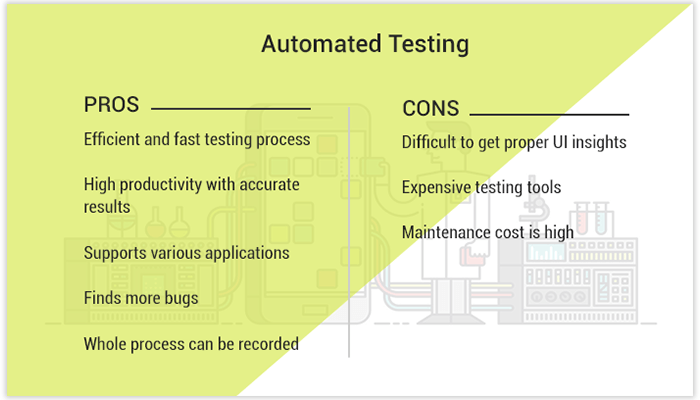 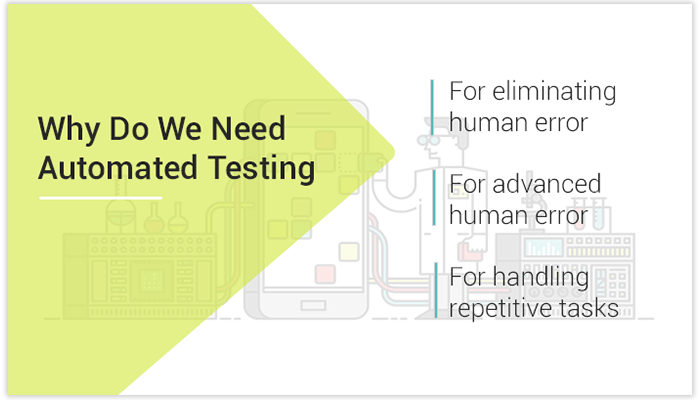 Here are some of the situations where we need automated testing:

What is Manual Testing?

The manual mobile app testing is the most known testing strategy for testing the different types of applications including web as well as mobile apps. When you are testing manually, you can see and feel the working of the app and implementation of the functionalities.

Manual testing is critical concerning testing the user interface (UI) of the application like icons, buttons, dialog boxes, color, fonts, and other elements of the screen. The manual testing can be done in two ways, one being with the help of a simulator, and another method is directly using the real device.

UI testing is also known as user interface testing, which is done by executing a series of user interface tests. These UI tests are validated by a specialist who checks the states and properties of the elements of the user interface. In the end, the design elements are matched with the final design layout of the app.

Another type that comes under the manual testing strategy is the ad hoc testing where the tests are executed without any prior preparation of test cases. This testing type is more random than other types of testing by not following a pre-defined routine. 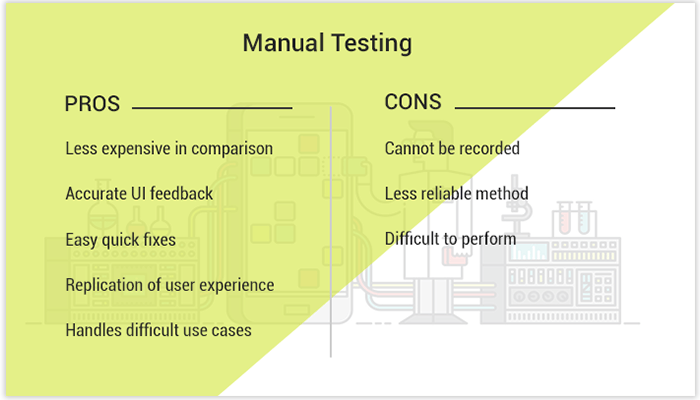 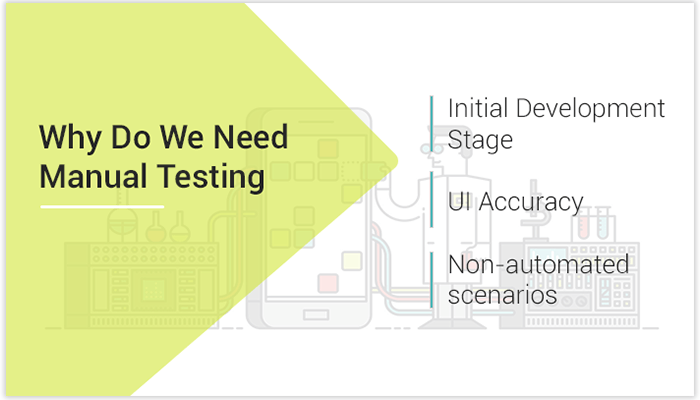 Below are some of the reasons why we need manual testing:

As per our expertise, we don't suggest to pick one approach at stay with it for eternity because different projects require different testing approaches. The system testing and performance testing are other aspects on which you should implement your test use cases.

Both manual and automated testing have their pros and cons, so focus on the factors on your project before choosing an approach to test your mobile application. Your aim should be to obtain high-quality output that is with your timeline as well as your budget.

NEXT What Are The Reasons For Mobile Apps Fail in 2021?

App maintenance is a recurring and crucial task for every app. Even if you had built an amazing app and added every possible security and safety feature, apps can still have glitches revealing themselves after some time. Therefore, the need for mobile app maintenance occurs. App maintenance