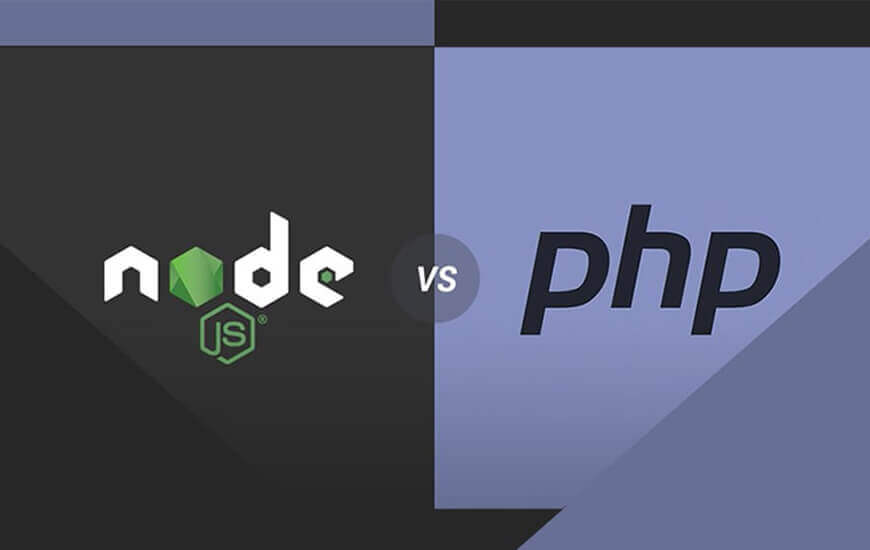 PHP and Node.js are two of the most widely known platforms that are used when it comes to mobile and web development.

But developers are often struck with a dilemma of which back-end technologies to choose for their online development project. That's why we came to the part of having a showdown comparison between NodeJS and PHP. 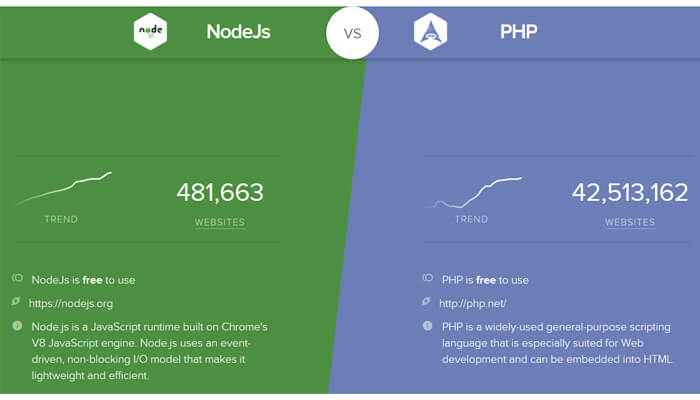 Like PHP, NodeJS is a platform that is also used for the open source service development but it is built on the JavaScript Engine (V8). Node.js came into action in the year 2009 and since then it is used to build applications that are scalable and fast.

Node.js cannot be referred to as a language but it is a JavaScript runtime environment that follows the non-blocking I/O model. With this technology, users can now create entirely JS-based apps. Node.js logging is a bit harder to tackle, but there are ways to make sophisticated logging simpler as explained in the blog post here.

Now, moving forward to the comparison part of PHP vs NodeJS!

Over the years, both PHP and NodeJS have been showing constant growing and this evolution is witnessed by all of us. Below are some of the features of PHP and Node.js and their comparison:

The code of NodeJS is asynchronous in nature that means that the JS engine runs throughout the whole code at once. Also, the JavaScript engine does not wait for any function to return. So the code lines that are below the function, will execute and will also return the output fast.

PHP is synchronous but there are also some APIs that act as asynchronous in it. The thing with the synchronous code is that the first line of the code takes a lot of time in executing so the code lines below have to wait for their execution turn. This reason is responsible for slowing down the outcome.

This switch is referred to as the change in different languages and environments which further contributes to lowering the code's efficiency. Switching between several coding languages can also result in dropping the programmer's efficiency.

While writing it's back-end code, the developer constantly tends to switch between different syntax and language. This switch occurs because it is used as a part of the LAMP stack that also includes Linux and MySQL which have different syntax. That's why a strong knowledge of CSS, JavaScript, and HTML is required.

Node.js has an upper hand in this situation as it is written in JavaScript further indicating the node js performance. So, there is no need to make the switch as JavaScript can be used for both client-side and server-side.

The module used by PHP  is PEAR that is a veteran package system and Composer, is a tool for the purpose of dependency management.

In Node.js, the Nope Package Manager i.e. NPM is used as a module which is quite easy to use and operate.

PHP has been in the limelight since the early 2000s and is a popular server-side scripting language which uses several frameworks like CakePHP and Laravel for smooth web development. These two frameworks provide a robust, secure and agile back-end development.

The NodeJS technology works with the NoSQL Databases, some of them being CouchDB and MongoDB. The Nope Package Manager is available for almost every database on its registry.

For the PHP technology, the relational and traditional databases are used, for example, PostgreSQL and MySQL. Although, the user can use NoSQL databases as well but those are not so widely considered.

From versions above 5.4 of PHP, the technology uses an inbuilt development server to make the procedure more efficient.

The NodeJS comes with modules like a file system and DNS to assist the user by developing highly customized web servers. One of the most powerful frames that can be set up with 3 to 4 lines of code is Salis.js.

Applications of PHP and Node.js

In short, PHP should be used for apps where the clients do not want to interact with the server constantly. Whereas, Node.js is to be used when the web application requires regular interaction between the server and the client.

So, before opting for a technology between PHP and Node.js, the developer should be aware of their pros and cons as well.

Pros and Cons: NodeJS vs PHP

Below are the advantages and disadvantages of Node.js and PHP when compared to various perspectives including the performance of Node JS and PHP: 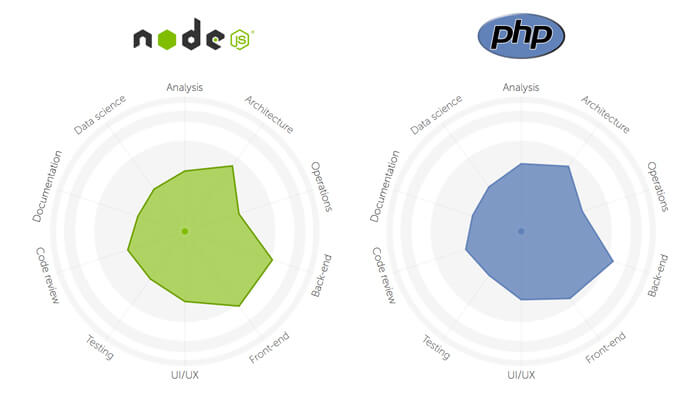 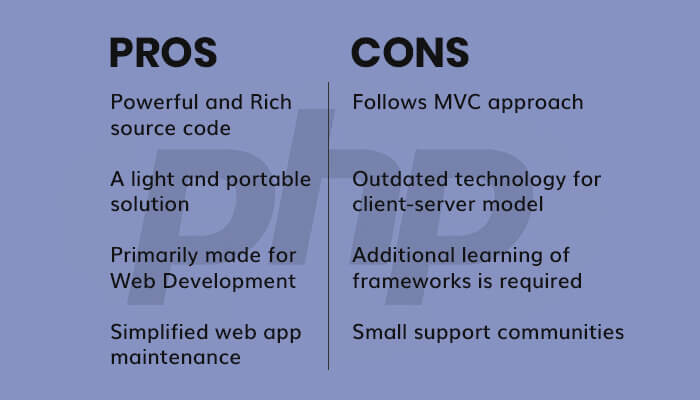 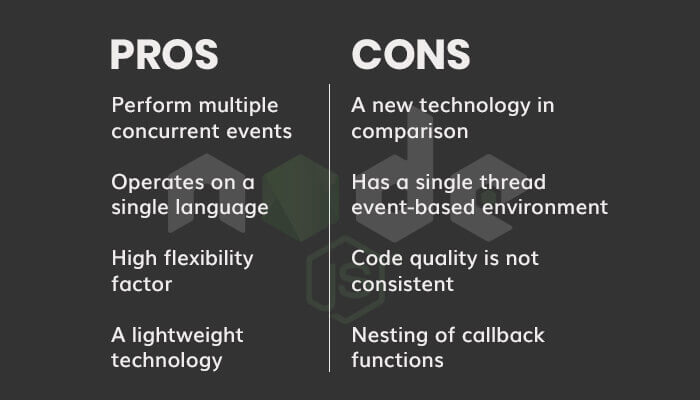 The initial few things that you should consider before choosing between Node.js and PHP, are:

After noting down the answers to these questions it’s time to categorize the project’s requirements. If your project is related to a Real-time application then, by all means, pick Node.js. But you should opt for PHP if you are looking for a much more standardized solution that also consists of great hosting support facilities.

We really hope that with the help of this comparative study on two of the widely known platforms i.e. NodeJS and PHP, we were able to clear out some of your doubts surrounding them. To stay up-to-date with such interesting topics related to mobile and web application development, hit on that 'Subscribe' button.

Which platform do you prefer between PHP and Node.js? Let us know in the 'Comment' section down below!

PREVIOUS Build Your First App With React Native in 2021

NEXT Best Android 9 Pie Features We All Are Waiting For

Developing an app might sound like a team of developers working round the clock in a crowded office, coupled with sleepless nights and the huge investment of money. Maybe that was true a decade ago, but now tables have turned completely.With the unprecedented boom and innovations in the tech ind

The technology has not just evolved for the common people, but for the hackers and cybercriminals too and this has led to an unprecedented level of cyber attacks and data theft. Such attacks are targeted from home users to businesses and professionals to government agencies. So, having an ideal encr