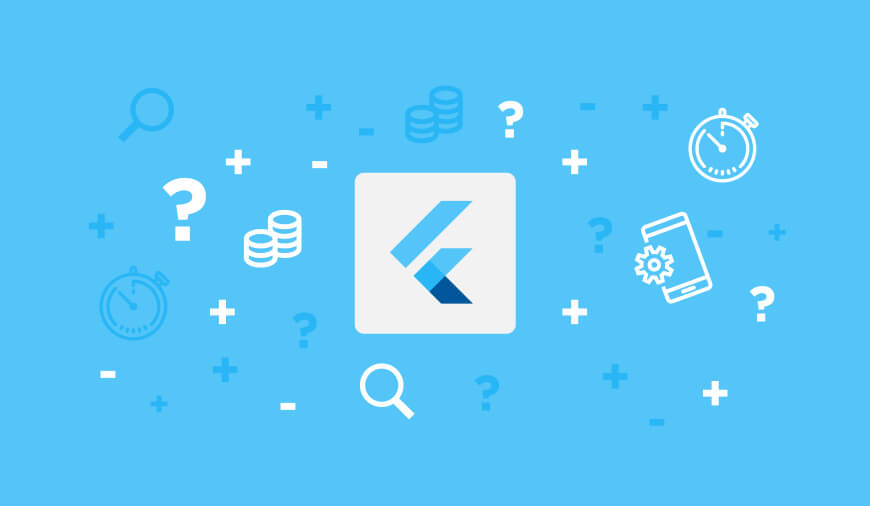 Flutter is a new open-source, cross-platform crafted mobile app SDK developed by Google to design native interfaces for iOS and Android platforms. Flutter works finely with any of the existing code and is brought into use by developers across the globe.

The mobile development framework is a high-performance tool to design robust apps for iOS and Android from a single code base. Due to its wide applications, Google has made it the development platform for its upcoming Fuchsia operating system. To make it compatible with other platforms, it is designed in such a way that it can be brought to other platforms as well.

What’s The Significance of Flutter?

Cross-platform toolkits like Flutter have their own substance. The two of the most important factors are, first, they build a native app from a web view and churn out the final result as it was a website, and the second one is, they infuse some cross-platform features in the native platform controls. 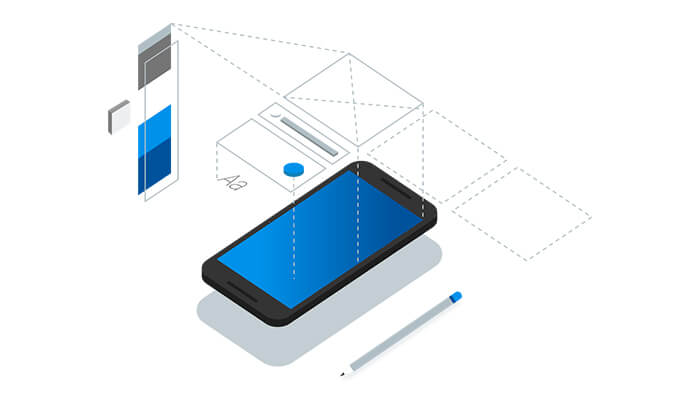 Flutter works in a very different way than the other cross-platform toolkits. It provides an engine with a portable runtime to build the application. When developing a native application, its framework is built upon the Skia graphics library that offers various widgets.

This way, Flutter app development companies provides more flexibility to build a cross-platform application with much better performance. Its wide widget library clubbed with other open-source widgets brands it as a complete platform to work with. All in all, Flutter offers an ideal platform to developers for development of cross-platform apps that too without making any compromise.

How Is Dart Related To Flutter?

Dart is the programming language developed by Google on which Flutter apps are built. It is used to build web, mobile apps, and a server. With its feature of right compilation, the object-oriented language becomes the top choice for developers to build native apps. It also offers efficient development workflow in collaboration with Flutter’s jacked reloading. Recently only, Flutter moved to the 2.0 version of Dart. 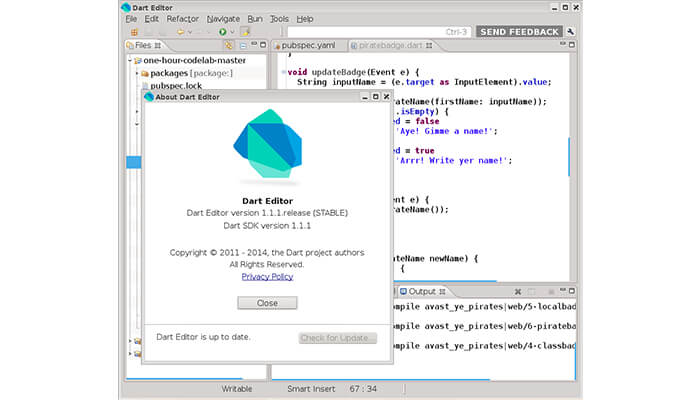 The notable features of Dart language are garbage collection, a rich standard library, strong typing, generics, and async-await. The best part is that it’s most of the features are same as that of many other programming languages, and the developers don’t find it tough at all. Its ability to compile Javascript further makes it the favorite pick of developers, as it allows the single code to integrate across the web and mobile platforms.

We all know, especially the developers, that how crucial are the widgets in the making of an app. Widgets can simply make or break an app. They are expected to perform smoother and efficiently. Also, the more customizable the widget will be, the better it will be for the developers. And that’s what Flutter does. It provides all the features in its widgets to develop an app. Interestingly, Flutter app does not support the available widgets; it lets the developer build their own widgets depending upon the need of the app. 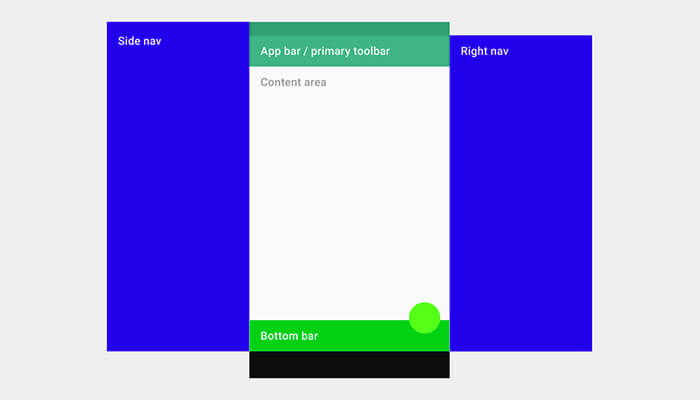 If we see practically, everything the developer design programmatically is a widget, and are blended together to make the UI. This way, the Flutter app framework manufactures its format by means of widgets.

Another significant addition to the Flutter framework is the layout. It helps in defining the state, position, and size of the widgets according to the rules and regulations and the flutter framework also helps in developing apps.

As layout widgets make the part of the application, the layout in Flutter lets the developer alter any existing layout, and new widgets can also be included. The existing widget can be modified accordingly and can be given a fresh look, matching with the current UI. Earlier, cookie-cutter apps were quite common, but with time, UIs have become more user engaging and easy to operate.

Flutter offers more adaptable widget options for the Android and iOS platforms. The cross-platform framework brings in the extensive use of material design. 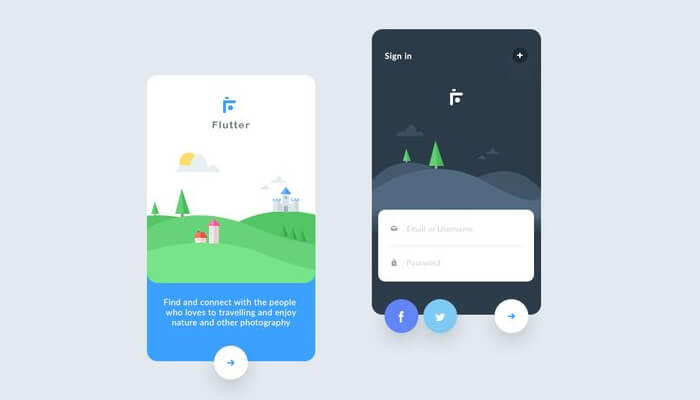 The adaptability of the Flutter app is another bright spot to construct the widget depending upon the stages of the app development. The developers can use this functionality to give the desired color to the widget to match the UI of the app.

Change is the universal truth, and JavaScript is not excluded from it. With the tremendous advancement in technology, there are a couple of options made available that looks to replace the JavaScript, and Flutter is one of the top contenders in the same.

However, Flutter looks way different and gives the feel of Java rather than JavaScript. As there is no templating dialect, so the developer can construct preferred UI by picking widgets. By doing so, Flutter saves time, efforts, lessens the amount of coding, and more importantly, with its widget support, the overall look comes out to be exceptional.

Moreover, Flutter directs the developers with logic, composition, and reactive development. In the long run, it becomes handy if the app gets an additional extension.

If we compare Flutter with JavaScript, then I can say that Flutter can possibly take the place of JavaScript and a good change is always appreciated.

Flutter does take an edge over other cross-platform frameworks. From its rapid deployment to unified code and from its user-friendly UI to integration with other frameworks, Flutter is just remarkable. 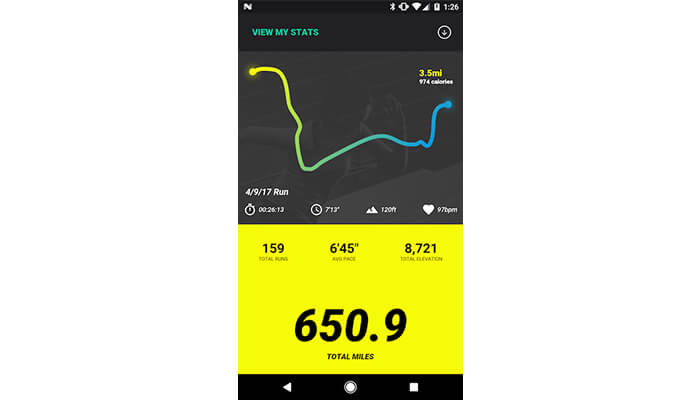 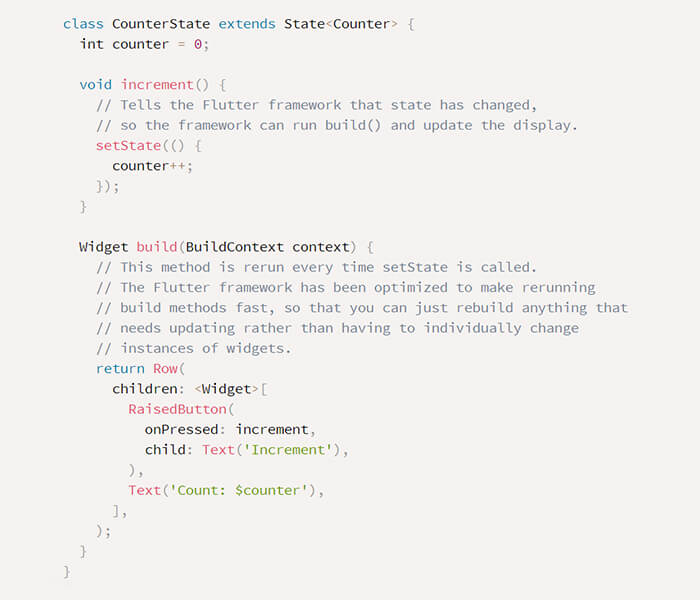 Accessing platform features is easy. Here is a snippet from our interop example:

As Compared To Other Development Platforms

Here comes the role of React Native, a JavaScript code library developed by Facebook and Instagram. It helps to build Native apps. Even if a developer wants to go beyond what React Native provides, he can’t ignore the Native development.

Xamarin.Form is a library which enables the developers to reuse the single code multiple times to create native user-interface for Android, iOS, and Windows devices. It offers multiple cross-platform layouts and controls for building an absolute native interface.

Whereas, the Xamarin-classic is designed to churn out platform-specific features for the iOS and Android development products. The best thing about Xamarin is that it allows the developers to share a non-platform specific code.

Even after all these perks, the Native and Xamarin platforms do have some limitations. But Flutter offers a complete cross-platform solution, with add-ons like enhanced performance, code reuse, flexible interface, and a full set of tools.

What Else About Flutter?

In actual, the Flutter defines the true meaning of using a few lines of codes in numerous ways. The developer can make changes in the app directly, which may be much complex at the default.

So, all in all, Flutter does have sway that will transform the way apps are being developed presently. With a complete set of tools, Flutter will definitely offer much more than any similar platform to develop apps.

If you want to know about Flutter, we have our other articles that can come handy to understand it better. “Flutter Vs. React Native: Which Is The Best?” and “Google Launches Flutter Beta, The Open Source Toolkit For App Development” will help you to get more insights into Flutter.

PREVIOUS The 13 Best SNES Games You Should Know About [2021]

NEXT Progressive Web Apps: Why You No Longer Need Websites in 2021

How Health and Fitness Apps Impact Your Habits in 2021

Healthcare is the top priority all over the world right now. As the world reels under the perils of the Coronavirus pandemic, keeping fit has become more of a necessity than an option. People continue with social distancing to stop propagating the virus that’s why they are avoiding gyms and gr

Guidelines To Develop A Profitable Carpooling App in 2021

Why to Include Real-Time Features in Mobile Apps in 2021?