Bitcoin is a decentralized digital currency that can be used over peer-to-peer bitcoin network. 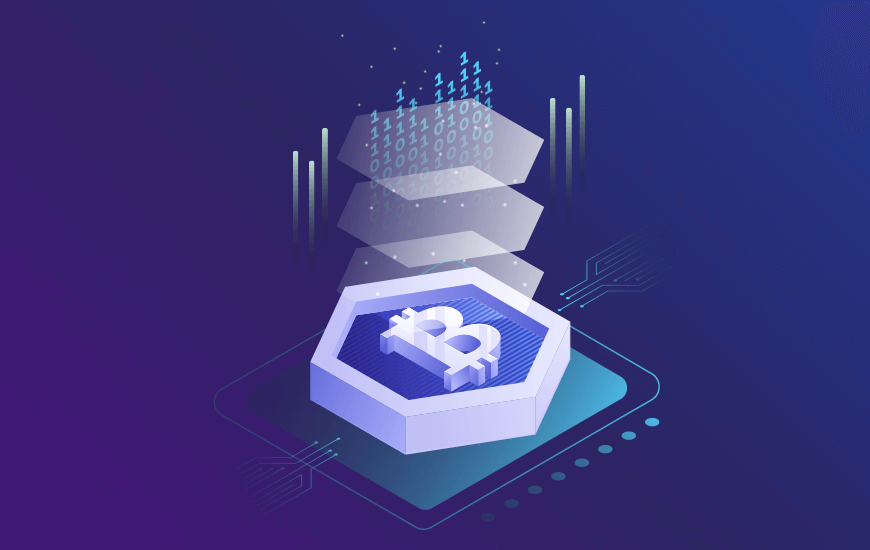 The Concept: Bitcoin is the building block for an entirely new economy, one built for the digital realm. It’s a decentralized, open source, electronic cash system that uses peer to peer networking (P2P), marked with digital signatures in cryptographic to generate currency.

Anyone in this P2P network can either act as the client or a server for other computers, participating in shared access to resources like files or digital currency.

Unlike the traditional money like Dollars that is managed by financial institutions like the Federal Reserve that issues currency, bitcoins are generated through a process called Mining. You can also think of Mining as computers trying to solve a complicated mathematical problem.

"Bitcoin is not the only cryptocurrency available on the market. Other digital currencies like Ethereum, LiteCoin, Mintchip, and several others are also drawing millions of investment." 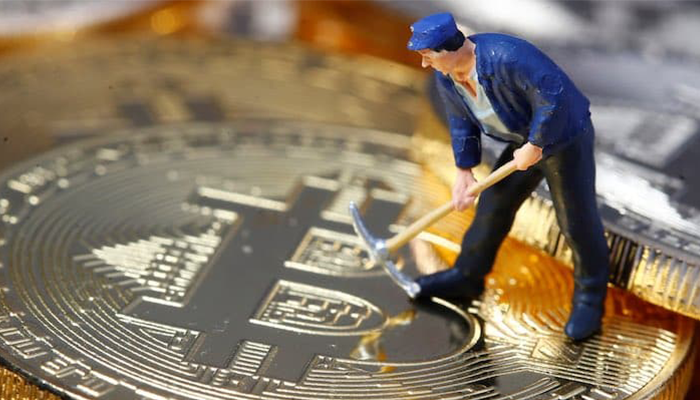 So technically, you make money off your computer solving maths. The goal is to get a 64 digit number, if your computer can solve this mathematical problem, you become a proud owner of a new block of 25 bitcoins.

Bitcoin Fact 2: There is a limit to Bitcoin

The reason they call it mining is that there is a fixed number of bitcoins that can ever be mined in the system. There are only 21 million bitcoins that will ever be created in total. The good news is that we've only mined a fraction of all of these bitcoins in the world.

Like any economy, you don't want too much too fast, because then the value drops or so slow that the economy grounds to a halt. Although Bitcoin is designed to be a self-stabilizing economy, whether that’s really the case or not- is the real question. Especially, when Bitcoin holders time and again have been a victim of the alleged hacking.

FBI, for starters, is one of the major stakeholders of this bitcoin power that now controls more than 144,000 bitcoins. These bitcoins fell into FBI’s lap after it seized a bitcoin address that consolidates much of the Silk Road (a darknet site where people could buy drugs and other illicit goods and services) bitcoins. FYI- Those 144,000 bitcoins are worth close to $100 million.

"Bitcoins don't come tax-free yet only 800 people have reported their gain in bitcoin." 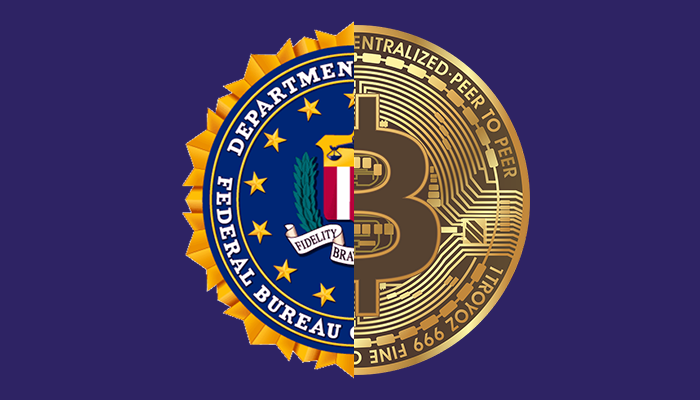 The very first examples of both these categories are Winklevoss Twins (who sued Mark Zuckerberg claiming that Facebook was based on an idea they had) and investor/ entrepreneur Erik Finman are two of the first Bitcoin Billionaires in the world.

The Harvard-educated twins who bought $11 million worth of Bitcoin in 2013, and Finman who bought $1,000 into Bitcoin when he was 14 years old in early December, the twins have declared the first Bitcoin billionaires.

Bitcoin Fact 4: Who is the mastermind behind Bitcoin?

"MintChip, an electronic currency launched by The Royal Canadian Mint that borrows a lot from the philosophy of Bitcoin is the first digital currency backed by the Canadian government."

But who created this revolution? Although the concept of cryptocurrency isn’t new, the anonymous force behind Bitcoin goes by the pseudonym, Satoshi Nakamoto. In 2008, Nakamoto published a “proof of concept” for Bitcoin. Although he left the project in 2010 and disappeared, other developers picked up his legacy.

Such developers are called “miners” - ones specializing in computing and hardware to process transactions. They secure the digital currency's network through a technology called Blockchain and collect bitcoin in exchange for their services. 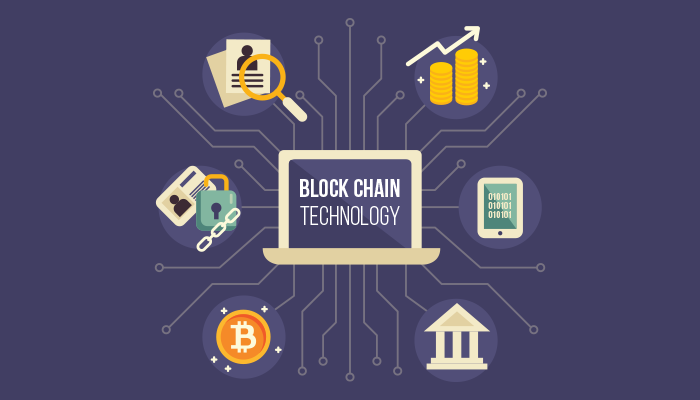 The largest loss of bitcoins ever recorded in the existing history was in early 2014 when Mark Karpeles, the CEO and majority stakeholder of Tokyo-based exchange Mt. Gox, suffered an alleged hacking of Bitcoins worth $460 million (in 2014 value).

Now the answer to the question that’s been running on your mind all this time- How does one buy these digital currencies like Bitcoin? Exchanges allow people to buy and sell bitcoin. BitFlyer is the world's largest bitcoin exchange.

Launched in 2014, by a former Goldman Sachs banker, Yuzo Kano, who is the founder and chief executive of BitFlyer.

In 2017, the exchange witnessed cryptocurrency trades worth $250bn. BitFlyer is also working on its own blockchain called Miyabi with the involvement of the Japanese Bankers Association.

Other exchanges include Bitfinex, Coinbase, Cryptsy, BTC-e, Kraken and several others that provide advanced trading tools like margin trading, short selling, and liquidity swaps to buy or sell Bitcoins, Litecoins, Darkcoins and several other forms of digital currency. 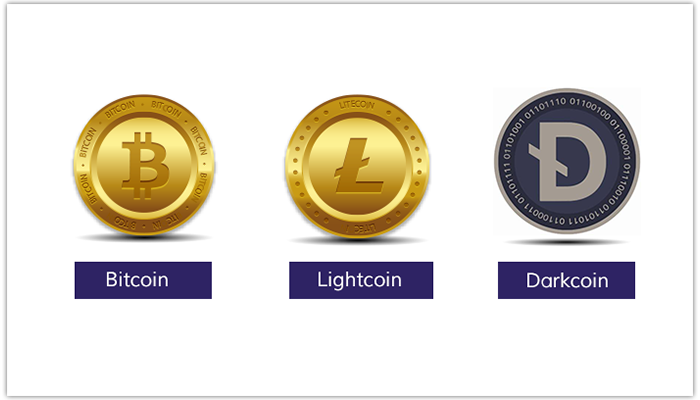 Who are all buying Bitcoin? Surprisingly, Jack Ma, Chinese business magnate, investor, and philanthropist, isn't a big fan of Bitcoin. While other billionaires like Mark Cuban, although critical at first, now plan to invest around $20 million in companies developing blockchain technologies.

Celebs like Gwyneth Paltrow (Actor and Goop founder ) Ashton Kutcher, Nas, and Floyd Mayweather have all either invested in Bitcoin startups or advises Bitcoin wallets like Abra.

"Bitcoin's birthday is January 3, when Nakamoto mined the first 50 units of the currency. Bitcoin is only eight and a half years old, but it's the oldest and most highly valued cryptocurrency out there."

You may not know this but creating Bitcoin comes at an environmental cost. Bitcoin, created by the process called Mining done over computers consumes a lot of electricity: This adds a huge burden to energy systems across the globe, more so in countries like China, those systems still are powered by coal.

According to the estimates by PowerCompare, a U.K.-based energy comparison tariff service, Bitcoin mining consumes more electricity than 159 countries, including Ireland and most countries in Africa. 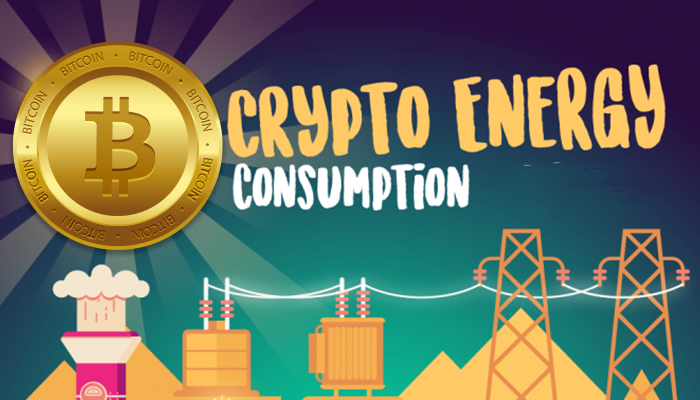 "Bitcoin's value always multiplied except in the year 2014. The tumble in Bitcoin value led to a 62 percent loss to investors." 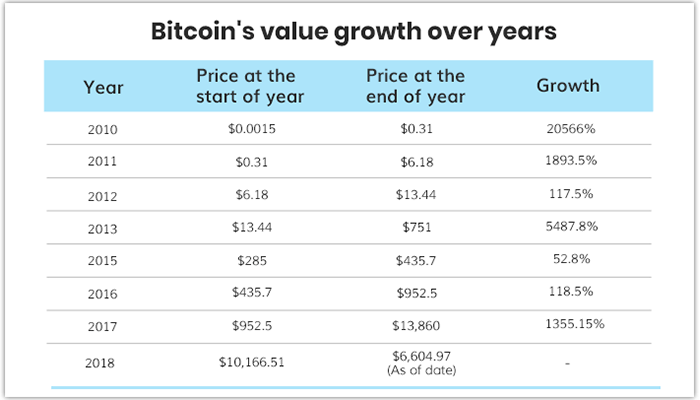 "Yes, you heard it right. Due to its unprecedented way of operations, many countries don't recognize the transaction in virtual currencies and that includes Bitcoin."

But interestingly, Bitcoin can only be regulated and not banned and it’s because of its fundamental design. The countries like Bangladesh, Bolivia, Thailand, and Vietnam tried to ban it and doesn’t entertain the same, but at the same time, the countries like Australia, Russia, Japan, and Venezuela have officially recognized it.

NEXT Apple Cancelling The iPhone X And Its Cheapest iPhone

10 Ways How Bitcoin Could be Hacked

The blockchain system is considered one of the safest in the world at the moment. Together with other factors, it makes the price for a coin unexpectedly high. The bitcoin owners believe this is the safest and the most perspective cryptocurrency in the world which will lead humanity to financial uto

Why Bitcoin Payment System Are Better And Profitable?

What are the benefits of using Bitcoin as a payment system? How does it benefit buyers (and merchants) as a payment system? And, what's the future of Bitcoin in the commerce? We'll discuss all these essential points in this article, so keep reading.Bitcoin offers numerous advantages for