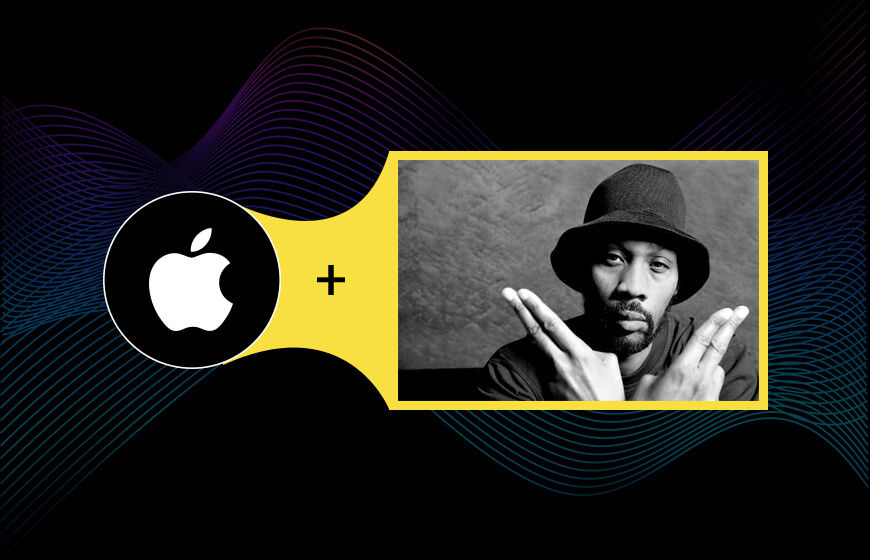 Today at Apple, the educational program that the company launched last year will be having Wu-Tang Clan frontman RZA for its upcoming session. The company announced that it will be organizing a ‘Music Lab’ session for the music enthusiasts at its Union Square location in San Francisco. The session scheduled for 27th January and RZA will be present there to teach ‘how to develop your own beats’. In case you are planning to be there, the place is already full, however, Apple is holding the session at other retail stores via video intro.

In April 2016, Apple announced to launch an educational program at all its retail stores and invited the people to sign up on a new website in May. The company organized more than 4,000 sessions within a week of May at its all 495 retail stores across the globe. Apple’s  Union Square location has been hosting the 'Today at Apple program' since its launch last year and organizes educational sessions or classes on topics such as coding, art, music, design, and photography. The classes are organized for both beginners and experienced as well, the classes are for all ages including minors. The sessions are mostly led by the company's trained employees known as “ creative pros” in the selected cities. At other stores, Apple invites talented and well-known artists, musicians and photographers to conduct the sessions and share their knowledge.

The popular rapper RZA himself will be present at the music session named ‘Developing Your Sound’. According to the company, the artists looking for exclusive tips will be able to collect beneficial information and the ability to learn how to develop creative sound directly from RZA. “Explore how to develop your sound inspired by rapper, record producer, and Wu-Tang Clan frontman RZA. We’ll share how RZA developed his trademark beats that revolutionized hip-hop in the 1990s. You’ll brainstorm and sketch out ideas to create your music story and sound profile. Then you’ll get hands-on with ROLI Blocks, GarageBand on iPad Pro, and more to find your unique sound.” Apple stated on its website.

RZA has already attended a few ‘Developing Your Sound’ sessions in cities like Glasgow and Brooklyn and taught his ways to create different sounds. Apple makes sure that the content of each session held at a particular Apple store is delivered to all the other stores.

PREVIOUS Story Of Snapchat So Far, When Snapchat Stories Stopped Working For It