Blockchain is an emerging technology that is making its way into the mainstream sectors rapidly. 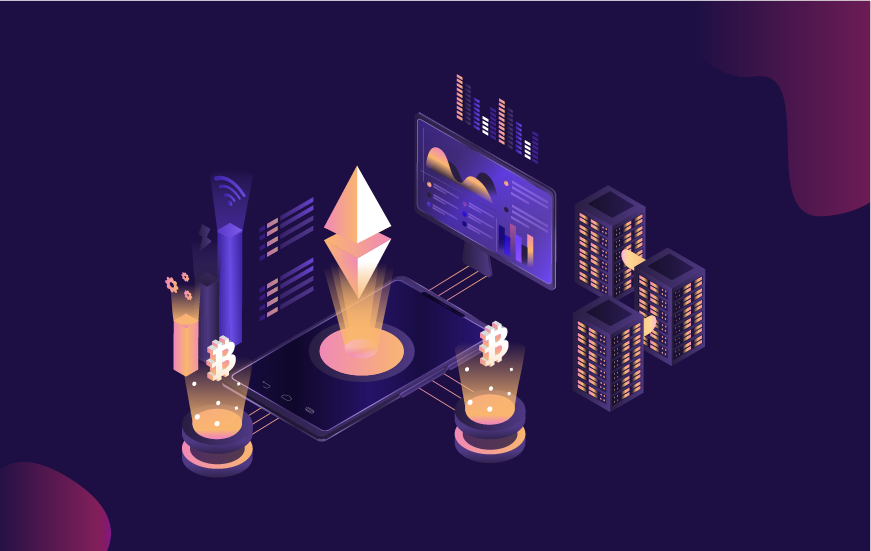 You must have heard about the term ‘Blockchain Technology’ frequently and wondering why exactly in the world everyone is talking about it. Many of us believe that the blockchain is the technology only behind the bitcoins.

However, the blockchain holds the potential beyond managing the cryptocurrencies. The number of world leaders including Bill Gates, Warren Buffet and Richard Benson is listed among the people who admire the Blockchain Technology.

Every day, more and more International Banks are integrating the technology for digital currency transaction, but why? Here is a guide for you to know all about the blockchain technology and how top blockchain app development companies work.

As per Wikipedia, the definition of Blockchain technology goes like this, “Blockchain technology is a continuously growing list of records, called blocks, which are linked and secured using cryptography. Each block typically contains a hash pointer as a link to a previous block, a timestamp and transaction data.”

To get a better idea, consider a Google spreadsheet which holds all records of actions. The spreadsheet is duplicated thousands of times and shared with each computer in the blockchain network and they regularly update the sheet.

The data in the blockchain is shared publicly for verification instead of saving it at a centralized location. This saves the data from any risk of being attacked or corrupt by hackers. The stored data in the technology is hosted by millions of computers across the globe and it accessible to every computer with an internet connection.

In 2008, a digital currency named Bitcoin was created by a cryptographer named Satoshi Nakamoto (Pseudonym). The Bitcoin is used to make the digital transaction without revealing the identity of the involving parties to anyone and there is no third party such as banks is involved.

The technology comprises a complete chain of computers that must exchange the approval for the transaction to be recorded and verified. The blockchain technology gives data access to every single entity in the system which assures there is not a single point of failure in the process.

Now that we have provided you with a basic introduction about the blockchain technology, let’s move forward with the working segment of this emerging technology.

How Does It Work?

Now, let’s take a look at how does the blockchain technology actually works. In order to carry out the successful transaction, the system assures the two entities that process is safe and secured to participate without the verification process. In contrast to putting the details in sheet, the system has a database that receives the different outputs and then arranged them in blocks.

Afterward, using the cryptographic signature, each block is chained to the next block that is accessible to everyone having access. The blockchain technology uses the Bitcoin as the cryptocurrency and provides a hassle-free way of money transaction without the involvement of any third party without any risk. This technique of digital transaction allures the people who didn't want to reveal their identities while making the transaction.

Being public and allowing every single computer to access the data freely embeds the attribute of transparency to the blockchain technology. Moreover, corrupting the blockchain development is not possible, even if happens, it will take an enormous amount of computer power to retrieve the whole information. 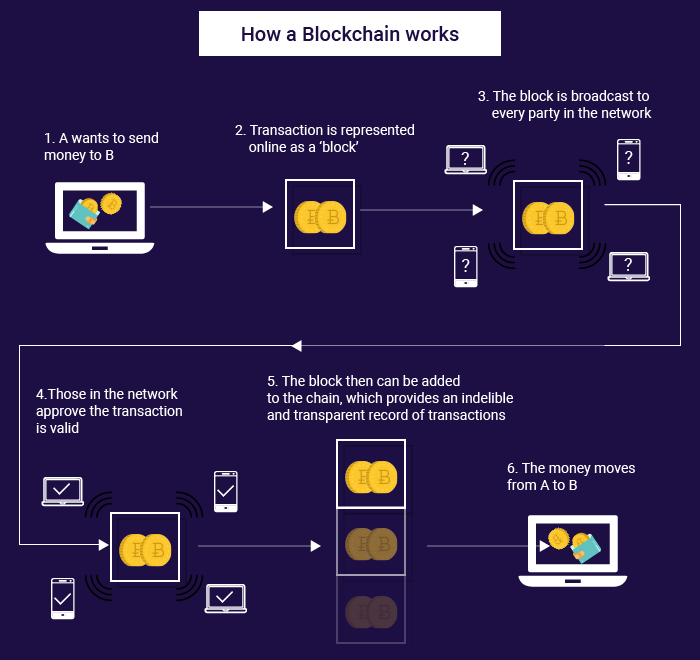 Who Is Using It and Why Banks Are So Interested?

The application of the blockchain development is not limited only to the money transaction but is also helps the banks to keep records and other back-end functions. With the help of blockchain, the banks are able to convert the paper-based records into an electronic decentralized ledger to access all the information from a single source.

Banks are also using the technology for a money transaction process to make it more efficient and secured. This also enables the banks to access any documentation to track the authentic assets of anyone easily.

However, the use of blockchain development is not limited to the financial sector, the government of Honduras uses the blockchain project to keep a record of the landowners. The record is available on the blockchain- public ledger and it immediately reflects any change in the ownership. The authorities of Georgia is working on the blockchain-based property registry.

The tech companies are also suggesting to their respective nations to introduce national blockchain currency solutions. e-Dinar of Tunisia is the first state currency, which is powered by blockchain. Along with this, the technologies eliminate the need for a middleman to carry out the transaction process. This encourages the people to go for the more one-one transaction of cryptocurrencies using the blockchain technology.

For users to make the process seamless, there are electronic ‘wallets’ or crypto-wallets that is used to buy, sell and manage Bitcoins and other cryptocurrencies.

The blockchain technology ensured a trusted pathway for two parties willing to transfer the digital currency without the involvement of any third one. The whole system provides financial constitutions for the transaction without the interference of human beings. The transaction is recorded and maintains by the technology in the form of blocks and keep it secured with the help of cryptography.

While operating through the blocking technology and managing the bitcoins their user gets  ‘Public’ and ‘Private’ keys. Where Public key is randomly generated with a combination of string that denotes the user’s address on the blockchain network.

The private key is more like a password for the user to store and manage their Bitcoins. You can save your digital assets on block change as it is incorruptible, however, you need to safeguard your private key to avoid any kind of harm to assets.

However, Blockchain security has always been a point of argument over the technology between the tech experts and the government of many countries. In spite of this, many popular banks are adopting the technology. Currently, the prices of Bitcoins are hiking, but the time will tell in what direction the technology will go.

We hope this article answered your question, ‘what is blockchain technology?’ but in case you still have some unanswered question regarding blockchain explanation. Then feel free to leave a ‘Comment’ down below and our team at MobileAppDaily will make sure to get back to you at the earliest.