Where did the Great Resigners and Quiet Quitters go?

Spring 2021 is the point when The Great Resignation was observed in the US market. Here, we are trying to observe the timeline of it. 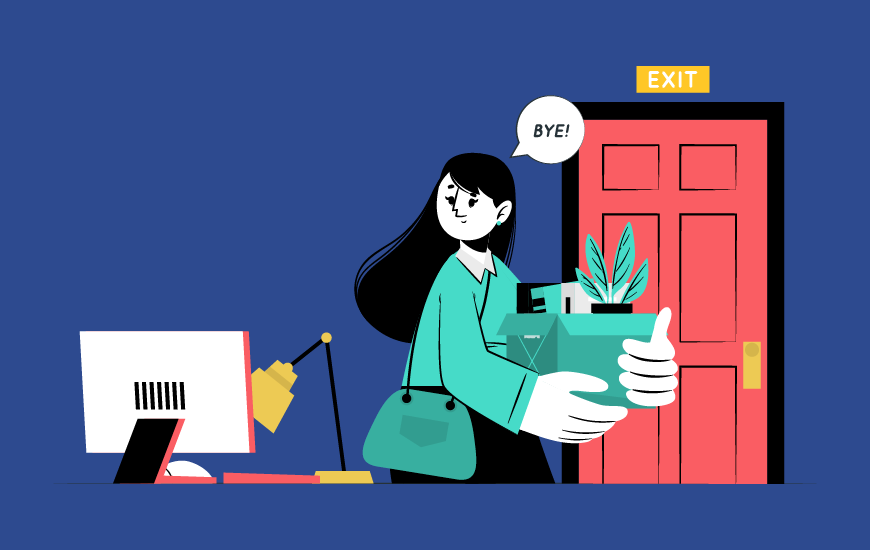 2021 and 2022 have been years of mass resignations-over 40 million people decided to bid goodbyes to their jobs this year. But whether it was done as a part of some massive resistance against employers or the necessity was to maintain the work-life balance? Whatever it was, we are definitely curious to figure out the choices that most of these people made after they moved on from their usual routines.

Monthly percentages of employees who resigned in the US

The above data by Investopedia shows the trend observed in the US market of workers who quit their jobs. The US workforce saw an evolution where more employees were exposed to possible opportunities of working flexibly. Options like work-from-home, for some, turned out to be a great opportunity but for others, a situation they saw themselves stuck in which resulted in overwork and less work-life balance.

Furthermore, in this blog, we are trying to analyze the reasons that lead to The Great Resignation. Stay with us until the end of this report so you can know about the observations that we came up with and found through amazing sources like FastCompany, Glassdoor, and more.

Motivations that influenced mass resignations in 2022

The mass resignation, as the FastCompany report reveals, was motivated by various trigger points. Some took years to build, some were influenced by the pandemic. Here are some key points-

The pandemic definitely left a motivation inside millions of people to adopt better work-life balance, healthier lifestyles, and improved quality of life standards. An associate professor of public affairs at the University of Kansas and senior adviser at the U.S. Census, Misty Heggeness also expressed in an interview that people in job markets are now more worried about their health and well-being goals than ever and the pandemic played a crucial role in that.

Working from home, during and after post-pandemic was a very common trend seen across the globe. For some, it gave them a work-life balance and provided them with enough time to spend with their families. For some, it helped them save on fuel costs, house rent, etc. However, for many, especially single moms, work-from-home also was hard to manage.

For instance, Leslie Gray Streeter, an ex-journalist with two-decade experience in journalism and later in communications left her job during the pandemic due to the overwhelming burden of working from home and being a single mother. Later, however, she was offered her dream job of being a columnist for the Baltimore banner along with perks like a great salary and work flexibility.

Plenty of reports discussing The Great Resignation provide evidence pointing out the fact that better growth, salaries, dream opportunities, etc., were some of the major motivators as well that triggered the mass resignation.

The rising popularity of self-employment among people is also a factor that we need to discuss here. The FastCompany report says parents across the US are looking forward to making a life where they are independent of the 9-to-5 routine. Instead of traditional job expectations, these parents are looking for job flexibility, freedom, and work-life balance.

A GlassDoor report shows, 40% of the workforce includes parents with at least a child under age 18 along with 11% of the workforce with a child under 5. This data is also a crucial key player in influencing parents to join The Great Resignation. In the US, as per a US Small Business Administration report, 12 million women-owned businesses in 2017 with 10.1 million employees and $388.1 billion payrolls. However, the data from multiple reports are continuously seeing a growth in this strength not only in the US but across the globe.

Now, some self-employed mothers among these women are looking for more growth while other self-employed mothers are motivated to work lesser compared to what they did during their traditional work opportunities. Lynn Smith left media in 2021 and started Rylan Media. During her career, she has worked with brands such as CNN, US Weekly, Netflix, and Fox. Now, as a self-employed person, she uses her 15 years of experience in the media industry to empower businesses by providing them with video and podcast content.

Lynn left her regular career just before the pandemic. She says that as a mother of two at the peak of her career, she had motivation but no flexibility. Now, she can live a flexible lifestyle and be present at important things whether it’s a soccer game of her kids or an appointment with the doctor.

Jacent Wamala is a licensed marriage and family therapist with a history of working with a charter school. She was looking for “more fulfillment and opportunities to earn more” which motivated her resignation. As per Jacent, the other benefit that she got after resigning was being present with her new baby. According to Jacent herself, this resignation was the best decision she could make.

Here perspectives of employers and employees often are opposite as employees make up their minds to reshape the way they used to perform their jobs. A report by Gallup.com shows that 50% of the US workforce at the moment is modifying their relationship with employers.

These secret quitters are known for creating boundaries like making it clear to their employers that they are not available for work post-work hours or on week offs. A teacher based in Ohio confesses to doing the same with her employer by refusing to spend nights and weekends creating lesson plans and grading papers. Instead of fulfilling traditional expectations that employers seek from teachers, she has been focusing on building a side business that she looks forward to making her main income source in the near future.

A tech worker, Daniella Flores also agreed to not jump on the volunteer opportunities and not attend every meeting on the calendar at work anymore. In her words, she stopped being a “Yes” person to every work opportunity that came to her, and that influenced her colleagues to stop trying to drain her time. She also mentions that creating boundaries also leads to a raise and more respect for her.

Daniella now has already shifted her career from a tech person to the owner of a virtual financial & career literacy business for neurodivergent and LGBTQ+ folks called ILikeToDabble. She says that as an owner of her business, Daniella is dedicated to creating her own boundaries.

Post-pandemic, the global job market is seeing dramatic changes. Whether mass resignations or layoffs, 2023 is expected to be influenced by these uncertain times as well. The discussion that we had above in this blog, despite just being the tip of the mountain, represents the mindset that the US workforce has developed majorly seeing the evolving job market which is more flexible, connected, and coordinated.

However, stability in the job market is still a dream that looks far, especially with an expected recession coming. So, at the moment, it makes sense to prepare for the future whether the motivation is your desire to be self-employed or the anxiety caused by the uncertain job market of the current period.

NEXT Key Elements of a Strong Business Model