The Upcoming Features of WhatsApp in 2020

The rollout of new WhatsApp features is aimed at taking an edge over other similar messaging platforms. 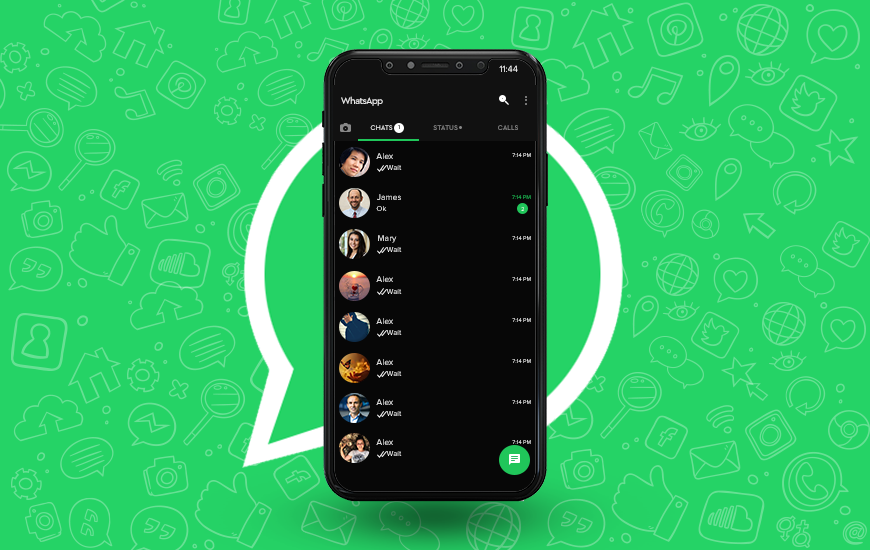 After the acquisition of WhatsApp by social media giant, Facebook, there has been a flurry of updates and changes in one of the most downloaded and used messenger services. It has become a landmark case for instant messaging mobile apps developed by mobile app development services all over the world.

WhatsApp has been quite known for developing multiple features all at the same time actively. This popular and famed instant messaging platform has been developing new and big features such as dark mode, a brand-new multi-platform system as well as new UI elements.

If you are still wondering what's new in WhatsApp? Here is your answer.

There are a variety of other WhatsApp new features that will arrive in 2020. Some of them are:

WhatsApp instant messaging service is getting quite closer to attain its long-awaited dark theme. Actually, this new feature of WhatsApp has been spotted on both Android as well as iOS beta. However, the feature is yet to arrive in its completely full-fledged version or even in the testing phase.

It certainly appears that WhatsApp on the iOS will essentially get different versions of the dark theme, which will vary in the black shade’s strength applied across the entire app’s interface. Also, the latest iPhone beta update has revealed how the default theme which WhatsApp will be using.

The user will essentially be able to easily switch to the second configuration, which will modify the entire device accessibility settings. Also, reports are coming that WhatsApp may even launch the dark mode as “Night Mode” officially. This WhatsApp upcoming feature should be brought by Android app development services in their own instant messaging app to offer similar features as that of what WhatsApp is trying to achieve. 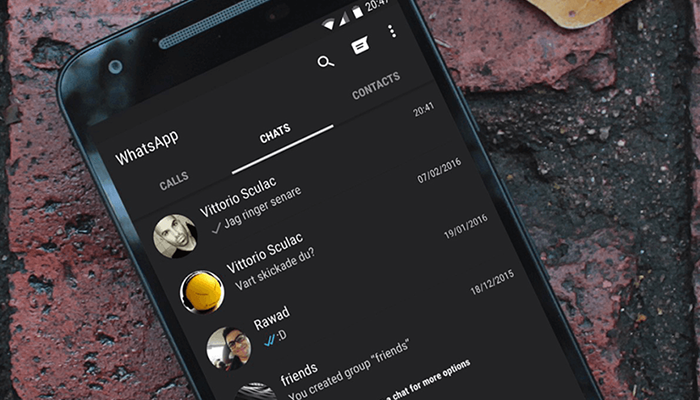 Another beta version of WhatsApp has the references for the latest QR code button, which would allow the users to easily share their profiles as well as add contacts via specific QR codes.

Tapping the QR code after going through the entire Profile section, WhatsApp would then show the QR code, which would allow other users to add you to their contact list. Also, you would be able to add different other users to your contact list by simply scanning their QR codes using the existing Camera feature on the WhatsApp.

This feature of WhatsApp may come sooner than expected as mobile app development services have been developing such a feature for their apps for quite some time.

In recent months, the Android beta version of WhatsApp was spotted to actually feature an in-app browser whenever any user tries to open a particular link shared over the app. The WhatsApp latest feature is disabled by default and still being under development.

Also, the in-app browser feature is currently being created to detect unsafe pages utilizing the “Safe Browsing” feature, which was included in Android 8.1. Essentially, it would readily alert the users whenever a page is infected with any malicious content or virus.

It has been found that WhatsApp is also developing a Boomerang feature, which will allow the users to create looping videos easily. This particular feature is in a development stage currently and will certainly be available initially for the iPhone users, as suggested by a report.

It is also said that this new feature of WhatsApp will reach Android users soon once it is released for iOS. Instagram, sister of WhatsApp, originally brought its Boomerang app for its users, particularly to allow them to create their own one-second video loops easily. This app essentially designed to actually counter Vine from Twitter, which offered video loop segments of six-seconds.

Boomerang feature would also be available for videos which are less than seven seconds. Also, the video loops which are created via the latest development could easily be shared with any of the WhatsApp contacts via a message or even uploaded as a Status update too. A mobile application development company can utilize a similar WhatsApp feature in its social media app for allowing the users to share short videos.

As per reports, the Android version of WhatsApp is testing a new feature to let the users to easily search for images which they have sent or received from their contacts. This new feature in WhatsApp is termed as “Search Image” which would be using Google Image Search to search for the particular directly from any chat.

This feature is yet to be included in the instant messaging app, but it has been seen as disabled by default in the WhatsApp beta for its Android version. On-demand app development has been using the image search feature for a variety of purposes for some time. It seems like WhatsApp is taking a leaf out of this.

The instant messaging application is developing a separate “Advanced Search” feature, which will allow the users to easily search for links, photos, audio, videos, and even GIF images along with usual text search, which is already enabled. The feature will also show the various recent searches too.

It should be noted that the Advanced Search image feature is essentially separate from the above-mentioned Search Image feature. This feature is currently under development and will roll out to all of the iOS beta application users in a nearby future update. 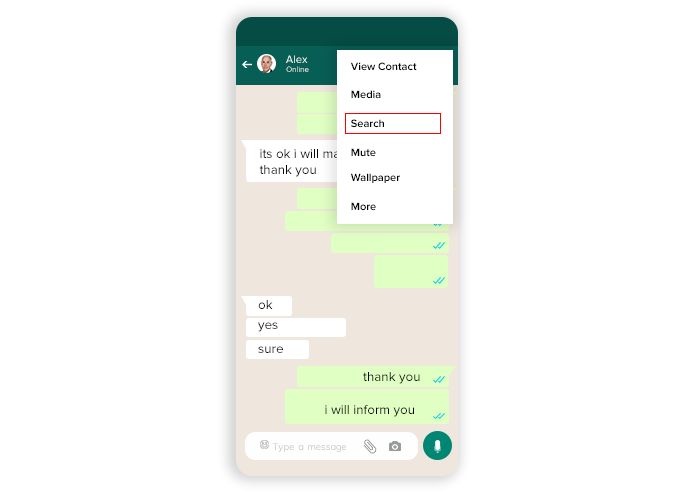 In the latest beta update, another WhatsApp feature that is spotted is the inherent ability to segregate the blocked contacts into categories easily. It will automatically group the entire blocked contacts list following particularly specific criteria that means all of your business contacts can easily be moved on a separate section.

According to the tracker, the new arrangement will essentially be automatic, and you won’t actually have to set a contact as business manually. WhatsApp will essentially learn which particular contacts are business, and subsequently, they will be moving in a completely different second section.

In the case of on-demand app development, this has been used to categorize customers and clients as per various attributes.

With testing done for several months, WhatsApp has finally released the updated group privacy settings on a global scale. In order to find these updated privacy settings for the groups, you need to go to the actual Settings Menu and then tap Account, followed by Privacy and Groups.

You will actually find there ‘My Contacts Except…,’ an option which is adjacent to the existing ‘Everyone’ as well as ‘My Contacts’ options. This particular WhatsApp upcoming feature provides you with the control of easily select which specific contacts you wish to add to your group on the instant messages.

Essentially, this change is introduced to curb the amount of spam group invites. In case a mobile app development company is developing a similar instant messaging app, then it should introduce this particular feature to ensure the spam invites are controlled because it can seriously hamper the user experience of the app.

WhatsApp has finally introduced biometric authentication support for the iPhone users while the Android users will receive it within a few months, after many rounds of feature testing. Both iOS and Android users can easily have their app lock automatically and easily unlock using their own fingerprint.

Also, users can even choose how much actual time the app will lock in automatically, right from instantly after closing, to just one minute after, or thirty minutes after. Users will be able to choose whether their messages’ content will be visible in the notifications, which include the sender of the message. 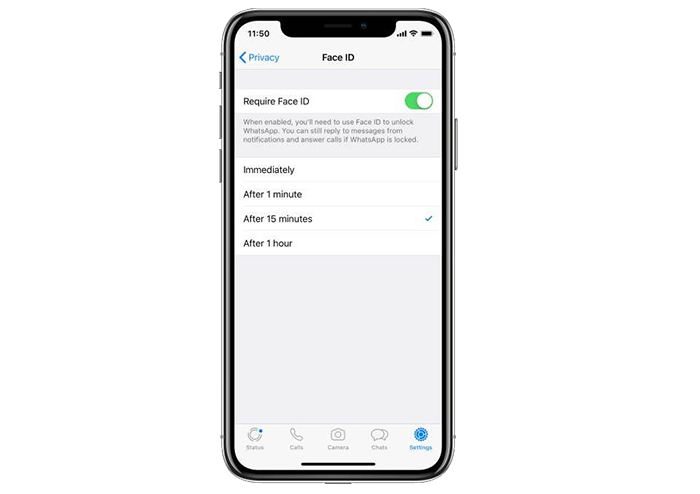 For iOS users, WhatsApp has allowed using Face ID to lock the app. iPhone app development services should inculcate similar WhatsApp features in their instant messaging apps if they choose to develop them.

Suggested by the name, this feature actually allows for auto-playing of not just two but mote voice messages sent consecutively. This feature of WhatsApp new version was in testing for quite some time before made available commercially to the Android users. It has already been available to iOS users before. Also, WhatsApp Web got the inherent ability to listen to consecutive voice messages.

Instant messaging apps have become the latest trend, and with the massive popularity of WhatsApp, we have seen how it has changed the way people communicate. Over the years, WhatsApp has brought some of the most striking features, which made it the most downloaded instant messaging app on both Google Play Store as well as the Apple Store.

In 2020, the above-mentioned new WhatsApp features are predicted to appear. The features will be packed in the WhatsApp new version that will soon be available on the app stores 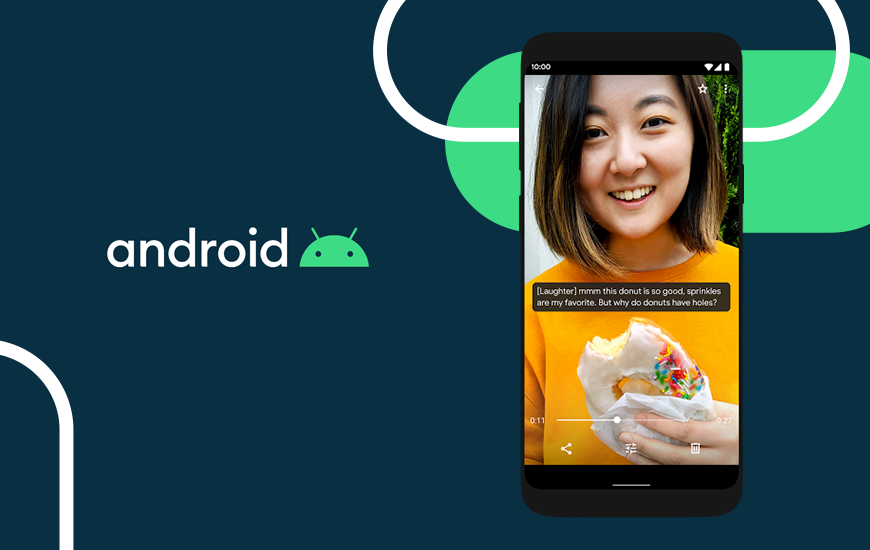 NEXT How Much Does it Cost to Build an App Like Postmates?

Designed to be installed on Android phones, Haven is a system for users to help combat security threats. Haven app uses the phone’s camera, microphones as well as an accelerometer to track the motion of the Android device.By installing Edward Snowden’s App into your Android phon

Tim Cook: Technology Does Not Exist For Quality AR Products

Tim Cook, Apple CEO, the man leading the most valuable company on the planet share his views and vision about AR technology. In a personal interview with The Independent, Tim Cook said that according to him the current market isn't ready yet for the VR glasses and wearables. Further adding he al

Is Your YouTube Not Working? Find a Fix Here

YouTube is the world’s best video-sharing website located in California. The online video website has garnered a lot of popularity over the years and now sits at the top of the list of similar services.As per the data of Statista, the number of YouTube viewers will jump from 1.47 billion i