Pinterest Lite is out on the Play Store. Will it be as good as the alpha version? Find out below. 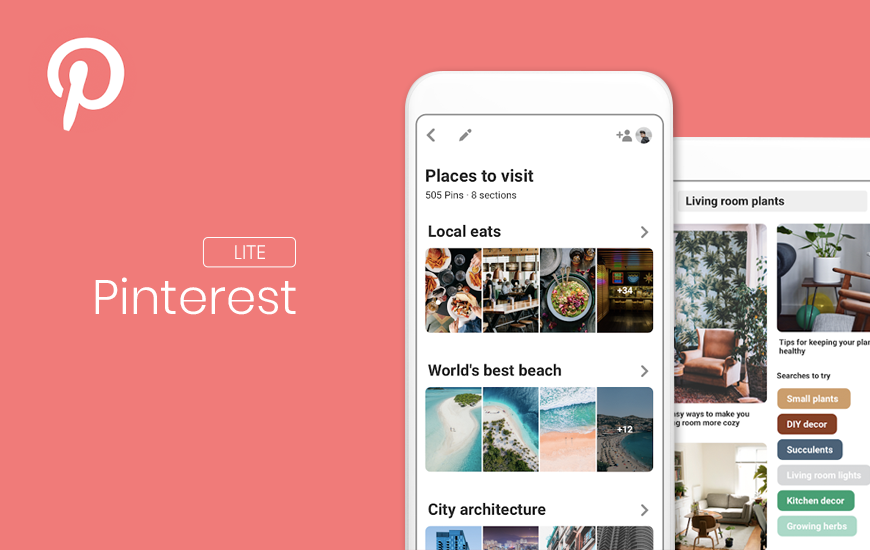 Amongst the social networking app which have gotten their ‘lite’ versions, Pinterest is the latest to join the bandwagon. As per the latest Pinterest update, you can find the Pinterest Lite version in Play Store in five countries viz. Argentina, Chile, Colombia, Mexico and Peru.

The objective of Pinterest Lite is to attract wider communities of people globally and benefit them with a version that does not occupy a large amount of space and also save copious amounts of data. According to sources, Pinterest had brought forth a similar lighter version in late 2016 but had to pull it down shortly.

The Pinterest Lite is a disguised and downloadable version of Pinterest’s Progressive Web App which is available in Play Store.

A spokesperson from the team conveyed to MAD,

“The Pinterest mobile app team sat down in 2017 to brainstorm the PWA and devise an application that would offer almost the same vigour in environmentswith much slower internet speeds.”

He further added that this would benefit people with limited data plans as well.

The social networking giant’s Lite version for the emerging markets barely looks up to its alpha’s size. It stands at a trifling 1.4 Mb which is much lesser than the original’s size in Play Store although it varies from device to device. To reveal a figurative comparison, the original Pinterest clocks in at 143.1 Mb in the App Store.

With the Lite app, Pinterest gives a good run for money to its competitors including Facebook, Messenger, Twitter and LinkedIn who have successfully launched micro versions of their apps as well.

Pinterest amasses a mammoth number of users worldwide with over 250 million users (till September 2018), out of which 77.4 million are from the US itself. Despite that, 80 per cent of the new sign-ups were from outside the US, drawing a significant chunk of users from countries like India, Russia, Brazil and Turkey. The new lite app is expected to be a critical and commercial success in countries with lower bandwidths.