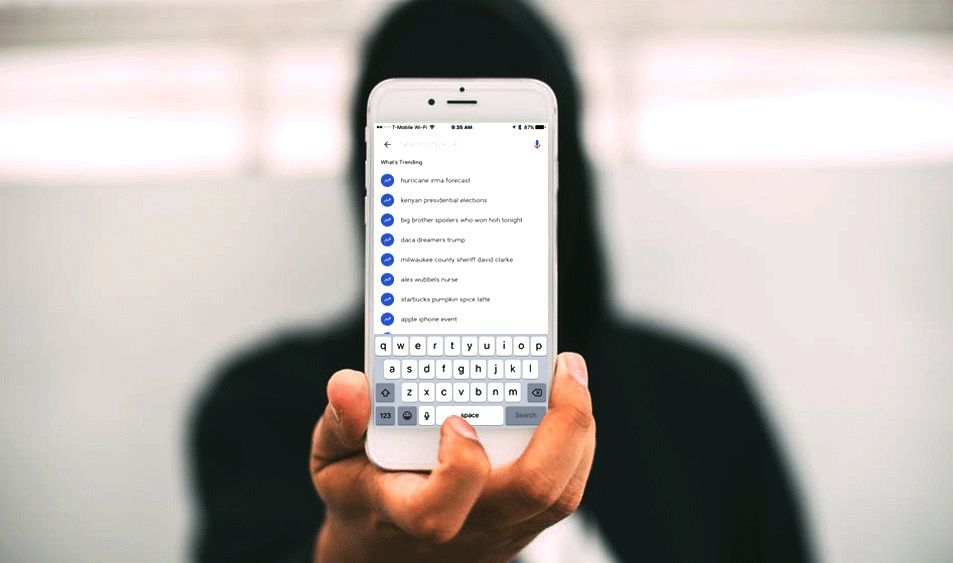 Google iOS app is getting a couple of new features after the new update showed up  in the App Store. There will be trending topics a list of when the user taps the search bar according to the geographical location of the users.

According to the latest update in App Store, the addition of  ‘What's Next,’ in the search bar will show you the trending searches and stories around you.The company also claims that along with this ‘trending story’ feature, the search results are now smarter and faster than earlier.

After updating the Google search app with the latest update, user will start seeing the trending stories below the bar indicated by blue mountain arrow. In contrast to the trending stories in blue the user’s search history will appear with the grey in color. Following this feature an update of the instant search will deliver the possible answer in suggestions below prior to complete typing the query.

Last year, Android users also got the same search update for the app, but later it made optional by Google. Some users complained that the feature was annoying and distracting and mostly brings out the search they are not interested in. Fortunately, Apple users already are given the opt-out toggle that users can access via their account settings from upper left corner of the search interface.

The new updates came after the recent addition of personalized news feed feature which suggests the search content on basis of user history and topics of interest. Google’s self-developed algorithm to deliver users interested suggestions in search has replaced the Google Now.

Failing to distribute the new search update feature at certain locations the company is still pushing the support to its servers. In case you haven't updated your Google search app you can check for the update here for iOS devices.

PREVIOUS Tinder Gold: Now Pay And See Who Is Swiping You In The App

Can AI Chatbots Help Humans To Prepare For Their Death?

Artificial Intelligence may be in its initial phase when it comes to smartphones and other gadgets applications, but some are exploring the AI technology beyond imagination. The chatbots are normal nowadays and almost every one of us carries one of them in our smartphones embedded in the Messengers,