Twitter is trying hard to stay relevant among users! 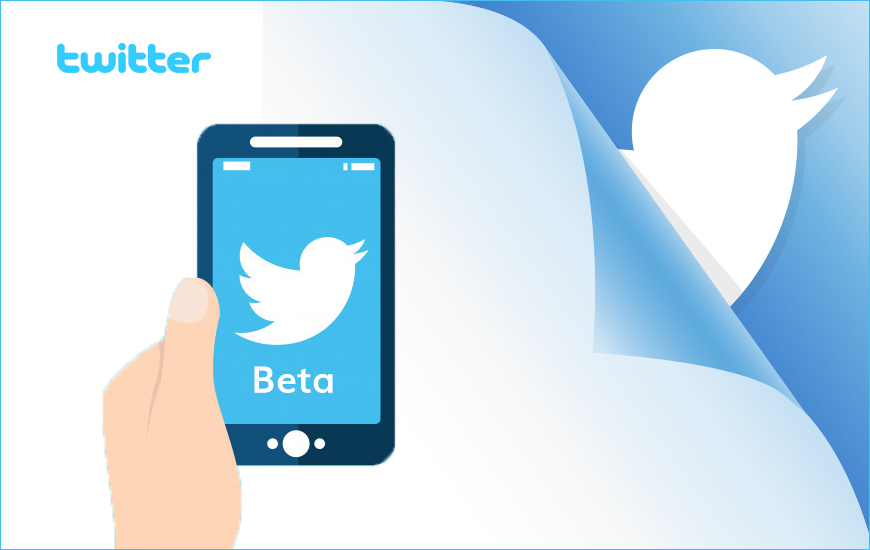 During its course, Twitter has set itself up for many challenges like harassment and chaos into conversations, as it has always been the hot place to discuss TV shows, political uprising, or public reactions on something.

Now to fix those challenges, Twitter is going to launch a new beta app program that will only be available to a selected group of users. Beta testing is an important part of the app launch process. The new features will be accessible by a standalone app, which is different from the regular Twitter app that we all use. It will further use data that it accumulates from that usage and chatter to decide how to turn those tests into a full-blown product for the rest of its user base.

In a talk with TechCrunch, Twitter’s director of product management, Sara Haider gave a closer look at the Twitter beta app and its features Twitter will be testing in.

They will publicly discuss and tweet about the new features, allowing the Twitter community to comment and ask questions, unlike the traditional betas, where users are only allowed to test completed features before a public launch.

“Unlike a traditional beta that is the last step before launch, we’re bringing people in super early.”

The new beta app version will focus on new design for the way conversations work on Twitter. They will add different color schemes and visual cues to highlight important replies.

Once the users are accepted into the Twitter beta program, they will be able to download a separate beta app which might not be the case forever. The company says that it is just to see how testers respond to the same.

Jane Manchun, a popular reverse engineer also tweeted about being a part of this new beta app program and shared an image of what the new UI would look like.

This is the future, and I'm here

"Try the new design (internal only)
We have been exploring ways of providing a better use of space on large screens. Your valuable feedback will help us create an experience that our customers will love" pic.twitter.com/wf74Vv2Wfh

A report by The Verge reveals that the new Twitter beta test will include features like color coding, status updates, icebreakers, availability statuses, chat bubbles, and more.

“We're making some pretty big changes to the way conversations look and feel on Twitter, and we don't want to just unveil that one day and what if you don't like it or it's not working for you?”

While these changes can make things more confusing, the beta program could revamp design mistakes, uncover issues that Twitter may have missed, and help Twitter tackle its development in a more focused way.