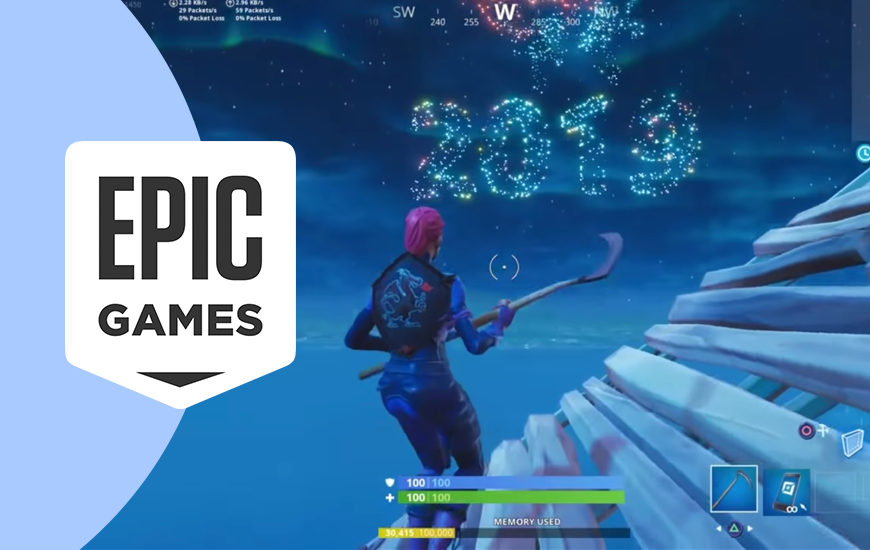 Fortnite isn’t just merely the biggest game of 2018 but has also become a genuine cultural phenomenon. From middle-school playgrounds to frat-house parties, this battle royale genre never seems to surprise its players, eventually becoming an obsession for millions of fans.

Epic Games’ Fortnite is famously known for its special in-game events, many of which conflict with real holidays. Epic Games set up its own new year event, featuring a giant disco ball dropping from the sky and fireworks for when the clock strikes midnight.

Fortnite has more than 200 million players worldwide, which means that players in different time zones will sight the new year at different times. To simplify this, Epic Games will drop the New Year Ball at every hour to account for midnight in all 24 time zones in the world.

When the ball drops at midnight, everyone collectively dances for few seconds, making the moment worth capturing. However, the Epic Games news threw many players off guard when they witnessed the fireworks arrive early for their time zones. Many of them took to social media to mock, which they believed was an ‘error.’

“Is it that you don't really understand how timezones work or you think yours is the only timezone in the world?"

Epic spokesman Nick Chester later confirmed that the event would occur every hour to account for every time zone.

Woke up to learn that many Fortnite players are unaware of time zones. We’re an educational and international game.

2018 was a great year for Epic Games’ Fortnite. So besides New Year eve, Epic Games has many more reasons to celebrate their success.

PREVIOUS Global Artificial Intelligence Conference: Everything You Want To Know

NEXT Netflix Decides Not To Pay ‘Apple Tax’ Anymore

Have You Created Your Best Nine 2017 For Your Instagram?

The very first day of 2018 is well spent and we have already entered into the new year, but it seems people still stick to their 2017 memories. You might have come across the best nine 2017 trend on Instagram in the last few days. If you are not aware of the trend, it is a new year fever over all th