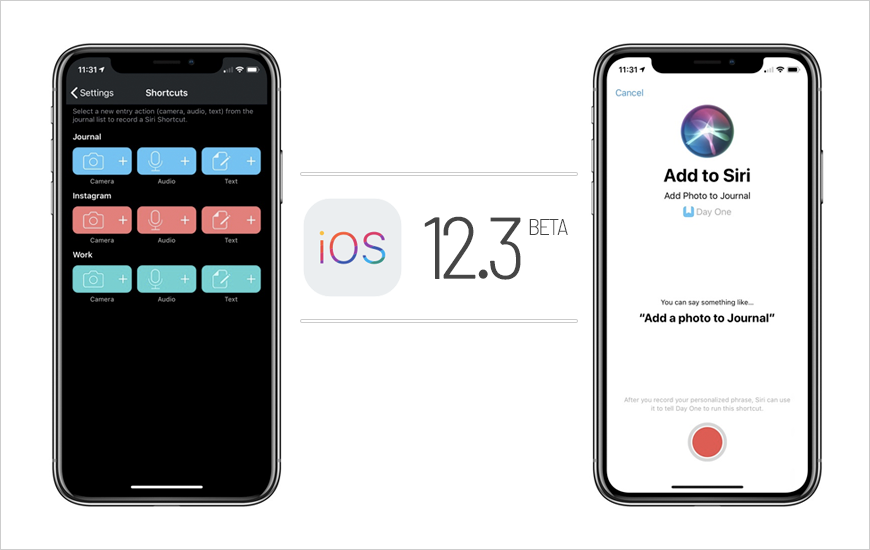 Apple seems to be in a hurry to roll out its OS updates. A couple of days back, Apple released the second major update to the iOS 12 OS and yesterday; the Cupertino giant came out with its first developer beta for iOS 12.3.

iOS 12.2 was in the market from the last two months and finally witnessed the previous update on Monday, along with new Apple services and subscriptions.

Apple Seeds First Beta of iOS 12.3 seems to cater to the services launched by Apple on Monday. In the iOS 12.3 beta version, there is an update for the new icon for the TV app and has added Apple TV Channels.

The update in the Apple TV Channels is quite considerable, as it now allows the users to enjoy the subscription services without needing to leave the app.

Another reason cited here for such an early release of the Apple OS update is that iOS 12.3 developer beta launch is directed to take care of the bugs that might have crept in with the previous versions of iOS.

For downloading the iOS 12.3 dev beta one on to the iPhones, users need to register with the Apple as a developer and that too with a valid configuration profile. The devices which are running on iOS 12 version and has "Automatic Updates" option enabled, can get the software update overnight.

Once there, the device will check out for the new update and follow the on-screen prompts. The latest update from Apple is free to download and will take some time to cover all the iOS users.

PREVIOUS MailChimp Acquires LemonStand Amid Its Break Up With Shopify

NEXT Rela, A Dating App For Lesbians Leaked Personal Data Of Over 5 Million Users