Communication is one of the most important aspects of human existence. Millennials and generations born after they are used to communicating with friends, colleagues, and other acquaintances through a series of digital messengers like Facebook messenger, WhatsApp, Viber, etc. But, these messengers are limited to sending texts. At most, the user may record and send audios to their friends. Glide App is the future of messaging, as it enables easy video messaging on Androids and iPhones.

What is the Glide App exactly and What Does it Do?

Every technology evolves with time. So is the case with messaging apps. En route to finding solutions as to ‘what after Facebook, WhatsApp’, the team of Jonathan Caras, Adam Korbl, and Ari Roisman developed the Glide app, an eccentric video chat messenger. This Jerusalem-based startup started functioning on May 15, 2012, and ‘Glide’ was launched for the public in March 2013. With more than 15 million users in 2015 itself, the app has long been loved and appreciated by its users.

Undoubtedly, its users and uses have been varied, to say the least.

The Glide app is basically like a video walkie talkie that enables users to talk through video calls, in real-time. The users are not required to create a video and then upload it on the messenger, to let their friends view it. Glide app ensures that the video gets uploaded to the messenger as it is being recorded, leading to real video conversations. The recording individual may record videos at any time and send them across. Whereas, the viewers may see it as per their availability and then respond.

Glide app enables its users to unleash the true power of video-chatting in their lives. There is nothing like face to face interactions and no amounts of text messages or emoticons can replace its value. A friend showing his or her true emotions after receiving a gift, or a grandmother's first visual of their grandson and granddaughter, the possibilities and effectiveness of the Glide video chat is unlimited. Glide App surely gives a new dimension of easy shareability and comprehensive connectivity.

The Glide messenger helps the user to create videos without storing them on their smartphones themselves. The device’s RAM and ROM capabilities decide how it is going to perform. Storing your videos in the cloud space provided by the Glide app, helps you keep your phone smooth and responsive.  The Glide app also sends these videos in literally half the data usage, then it takes a normal video to upload and send. Through these innovations, the Glide video messaging app ensures complete video communication for its users, as if they are sitting face to face, without any effects on-device storage.

For the Apple smart Watch Owners, the Glide App inculcates a special feature. Glide is the best video call app especially for smartwatch users as it allows them to watch real-time video texts from their watch itself and send responses in the form of emojis or texts instantly, to their set of friends.

Glide app is also the perfect video messaging app tool for deaf users, as it allows them to send messages in sign language (which is their first language) easily. With the allowance to record and send approximately 15 minutes videos on androids and 15 minutes on the iOS platforms, the Glide app easily helps them communicate with their counterparts or other sign-language experts.

Glide app is the fastest live video messaging app on the planet. It combines the convenience of text and voice messages with the expressiveness of video chat. The best video messaging app allows its users to share real moments, as they happen, and enjoy quality video interaction. 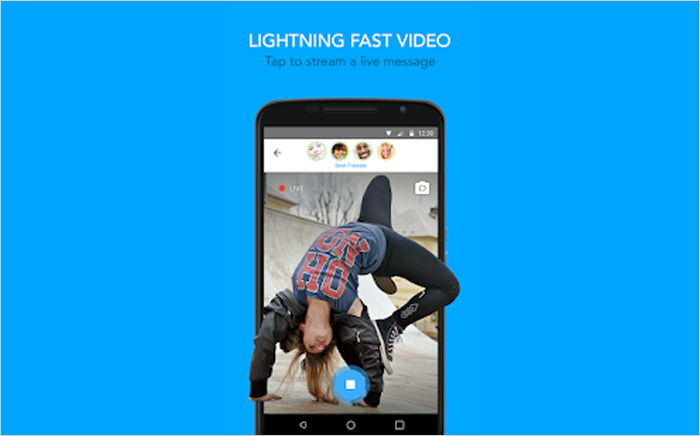 2. Respond As per Availability

Glide App enables its users to view video messages received, as per their availability or when it's convenient.

Glide App easily sends lightning fast video messages, without having them to be separately downloaded or uploaded as attachments. The free Glide app versions are available on both android and iOS platforms.

Glide App enables its users to easily review their videos before sending them. However, the user may also choose to tap and stream live videos. 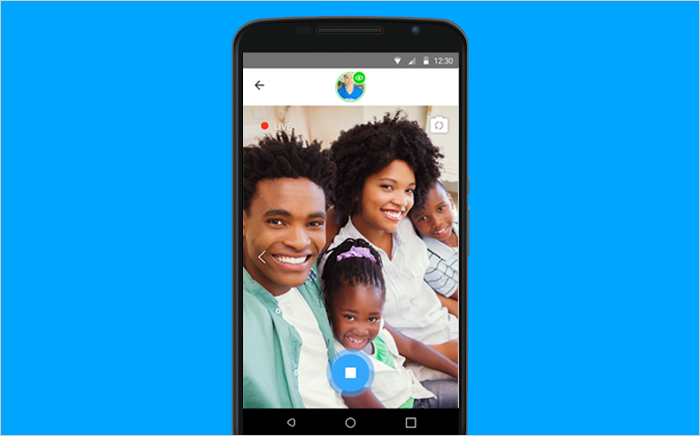 As a new updated feature, the Glide Video Chat app now allows its users to easily snap a photo in real-time or upload it from their device. These photos can then be shared with friends and family with one touch.

Glide App Download allows its viewers to watch video messages directly through their wearables. They can then respond using text, audio, and emojis. 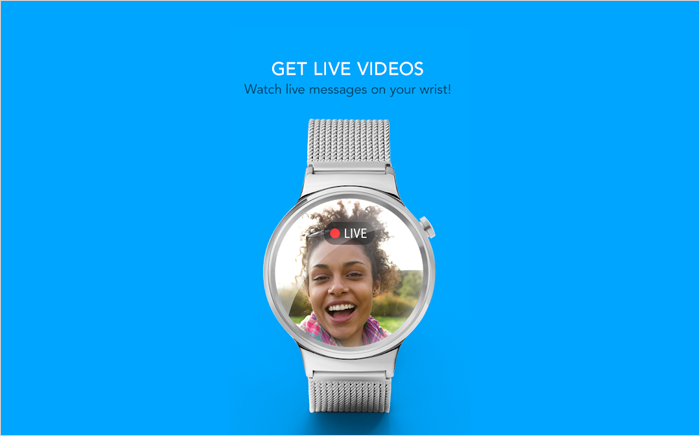 The free video messaging app allows deaf and dumb people to send messages easily using videos in which they can show words using the sigh language and send them to friends and acquaintances.

The Glide app video forms the futuristic version of messaging wherein the sender and receiver can effectively feel, show, and see emotions, without having to type words or send emoticons. This live video messaging app is essentially a technological culmination of Whatsapp and Skype, but without the length and upload limitations of WhatsApp or the user availability issues of skype. 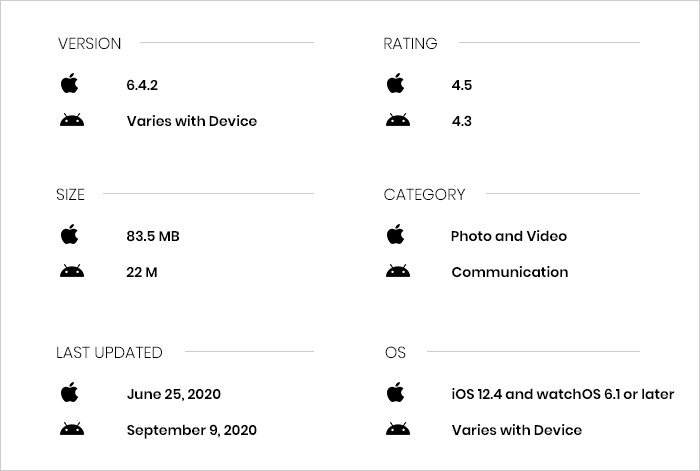 Glide App is the best video messaging app for android and iPhone that allows its users to send messages in the form of videos in real-time. Videos can be easily made and sent simultaneously, without having to download them or heavy internet usage issues. With a clear and easy to use interface, and the newly available photo sharing option, the app is uncovering the more powerful facets of video messaging by the day. Undoubtedly,  Glide Video Chat Messenger is empowering the way the world messages and thus, it has been featured by MobileAppDaily. MobileAppDaily is a wholesome app feature platform that inculcates app reviews, companies, news, and all other insightful information about the global app market. Apart from the Glide app reviews, this platform offers a slew of quick insightful reads on the nitty-gritty of this industry. You could check them out too.

My Wow App - An Easy to Use Video Editing Tool
4.5
Wake Me Up In- To Smarter Mornings
4.0
ROKiT Telemedicine: Doctor Visit Anytime, Anywhere
4.5
Qustodio: Smart Parental Control App
3.8
View all