WhatsApp and Snapchat account for more number of users combined as compared to any other platform. 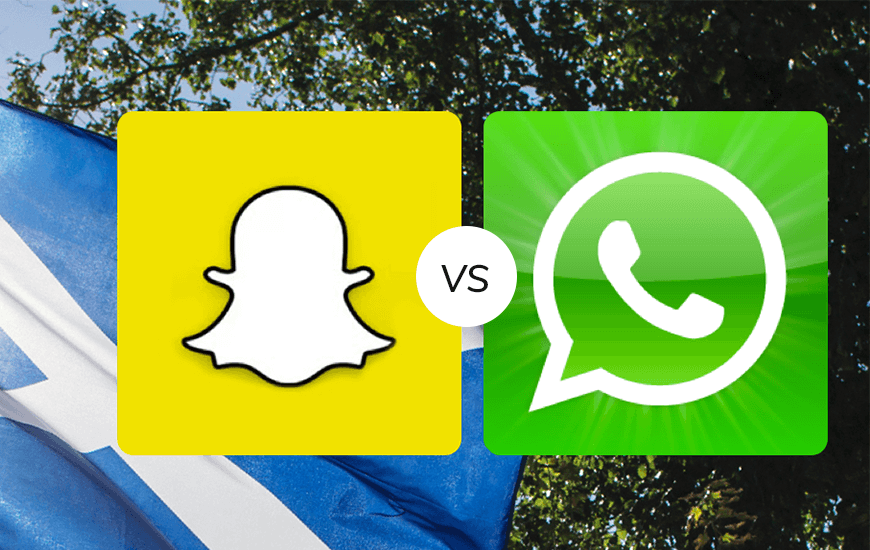 WhatsApp and Snapchat are a couple of the current era's biggest messaging services, making the most of great reputation among the smartphone-savvy users today.

We put side by side both in a head-on battle to help figure out which one of these two messaging applications is way better.

The ultimate face-off is about to begin. Stay put.

Ease-of-use; It has the best user interface which is clear and understandable with the best features. Then there is no need to add contacts again or edit the contact list manually.

You can easily see that whether the person is online or offline with the message appear on top "last seen" with time left. If you are waiting for the reply, then status appears on the top "typing" also kills your waiting time. You can also change your status, whether you are busy or at work.

It can connect with all contacts, and you can also send the particular content in a WhatsApp-compatible format.

You can restore backup android, so there is no need to type out any address again, it is a feature that makes it possible for you to send your physical location. 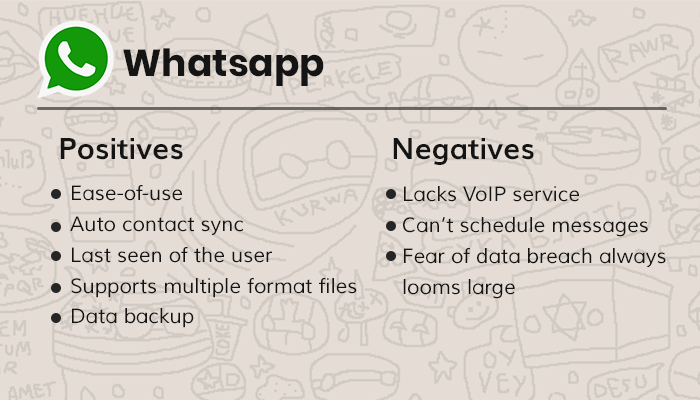 No voice over internet protocol service, and therefore, any application that allows Internet-based voice calling, in combination with sharing media, and chatting, for example, Skype Viber and Google Hangouts, is handily better than it when it comes to functionality.

A great benefit of ephemeral sharing is that you don't have to be worried about sending an image to someone by mistake and because it gets rid of the worries of an awkward or incriminating snap giving into the hands of any stranger except the expected recipient, the image will be removed by the system automatically. 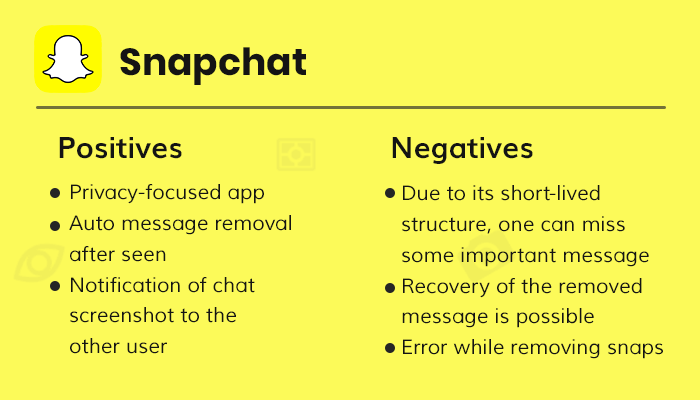 The particular short-lived structure of text-chat sessions is a scourge; it eradicates the particular purpose of text-messaging because the whole messaging, except the saved ones, get removed once the chat session is closed. It's also a gateway to some situations of wrong use (blackmail, for instance).

Security problems; the coders have publicly stated on their official weblog that recovery of removed snaps is actually possible by using a particular software program (like the types which are usually used to recover data from formatted hard drives).

Also, on Android OS, snaps get stored in a temporary directory for some time. Errors in the application while removing snaps, and informing senders regarding screenshots, are usually known to have occurred frequently in the past. Users are also at risk of online hackers.

This attention-grabbing head-to-head between 2 brilliant apps, whose level of popularity continue to surge, makes it pretty complicated to choose a single safe bet, as the results are pretty much neck-to-neck.

In fact, to answer the question that which one is 'better', we have to make a list of the particular purpose of using both of these apps. For a desirable interaction experience, WhatsApp is far exceptional, and its features and design are in a way that it attracts people of every age group.

Also, you can backup WhatsApp to your computer or any cloud service and arrange your collections. However, there's a little security risk involved while using it but all in all; it's the best way to communicate with the limitless contacts that's why it fulfills the need of today's generation.

NEXT MTV's The Real World Is On Track With Facebook

Australian startup, Appster, also hailed as ‘The next Apple’ due to the company’s immense growth with over $20m in revenue and 400 employees spanning offices on four continents, collapses into liquidation.This multimillion-dollar app development company was founded in 2011, by