Android will be smarter and more convenient with upcoming update. 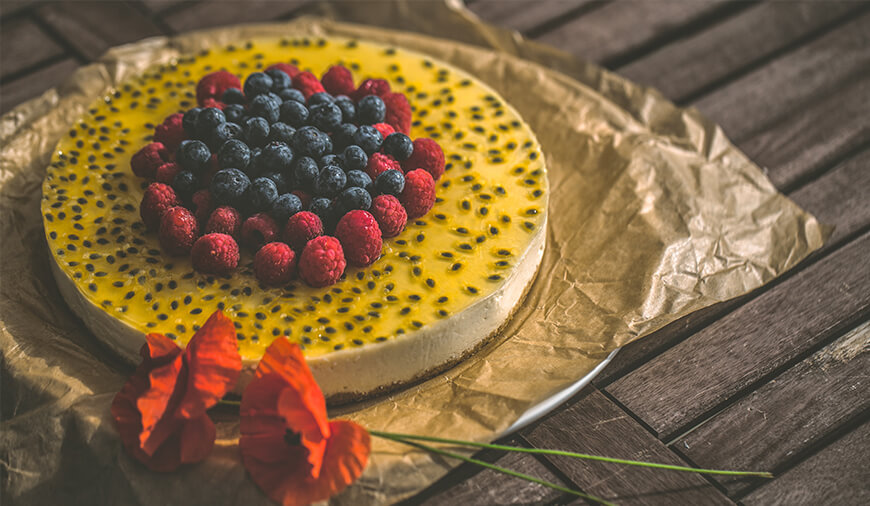 Google is again ready to change the lives of millions of Android users across the globe. Now, when the name of Android 9.0 isn't a secret anymore, we should talk about its features. The Mountain View company has added plenty of updates and new features to the operating system that will enhance the user experience. Google first talked about the Android Pie back in May at its I/O conference. Afterward, a developer beta was released revealing the first look of the new operating system version. Now the Android Pie beta is available for Pixel devices and Essential phone. The official release of the upcoming update will take place in the Fall. However, the users can get the taste of the updated version of OS via the public beta, but only on the handful compatible devices.

With the help of Android 9.0, the company is trying to change the landscape for the Android users. Besides, the OS has undergone significant UI transformation along with some innovative additions. Let's check out the most exciting features and updates in Android Pie that will change the OS forever. 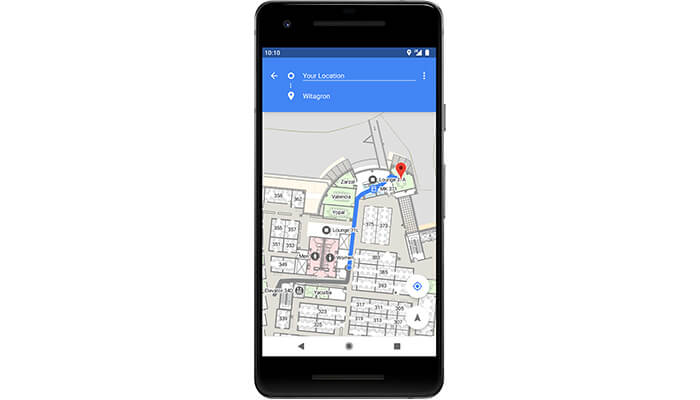 With Android Pie or 9.0, Google enabled the indoor navigation feature in the smartphones. Android Pie supports IEEE 802.11mc WiFi protocol that is also called Wi-Fi Round-Trip-Time. These features navigate you through the indoor maps by accessing your current location. The feature is beneficial for the users while stuck at the airport or malls and looking for the direction to reach a particular destination.

Inspire by iPhone X, Google also changed the way you interact with the Android OS. Along with the traditional three-button navigation system, the company also added Gesture Navigation option. With this feature the three dots will be replaced by a single home button and gesture navigation will be active. On swiping up, the button will show you the recently opened app with the app drawer having a suggestion for the apps that you might want to open. Besides, swiping far left across the phone will show the active apps, and you can quickly switch between them. 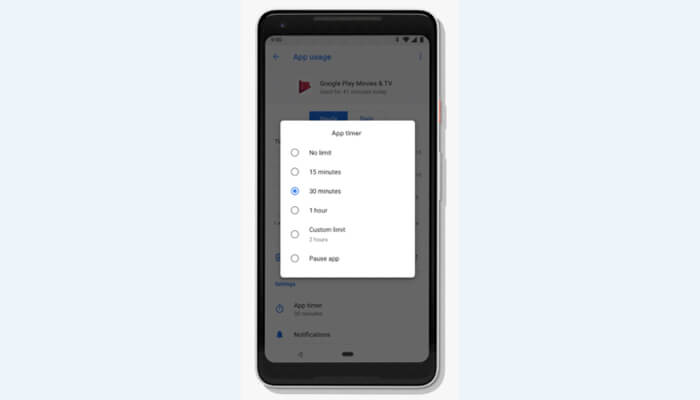 One more step in order to restrict the user from indulging into the digital world for long. Google integrated App timer feature into the new Android version. The feature let you set certain usage time limit for any app on your phone. On crossing the threshold, you will be notified, and the app will be paused.

There are some situations when you need to distance yourself from the phone and requires no disturbance. For this scenario, Google added the Do Not Disturb mode to the OS. In meetings and family gatherings where we don't want our phone to interrupt we can use the DND mode. The feature not only turns off sound and notification but also disable the visual interruption during the mode. You can also activate the DND mode using ‘Shush’ feature, just put down your phone’s screen facing the table.

It is common for all of us to spend hours in our bed using the phone at night and reduce our good night sleep time. However, with this new feature, you can assure that you leave your phone on time at night. Enabling the Wind-down feature will remind you that it is time to go to sleep and leave the phone alone. Just set the desired time for the Wind-down and your phone will go greyscale at that time pointing you out the bedtime.

Almost every smartphone manufacturer is going for the notch design after iPhone X made it a big deal. At the time 8.0, Google wasn't prepared to provide a flawless design to the notch devices. But, now with Android 9.0, it has added the full support for a notch that comes with many options. The feature contains various choices for the notch design including support for the tall cutout, corner cutout, and double cutout. This addition is beneficial for the Android users as almost everyone is switching to the notch design smartphones. However, the option is hidden under the 'Developer options,' so you need to access the developer options to make a change in notch support.

We all know how much seriously Google takes the artificial intelligence, this can also can be understood with the new feature in Android. App Actions is an initiative from Google in which the OS suggest small actions to the users by itself depending upon the user behavior. For example, if you plug in your earphones, the Android P will suggest you play your YouTube Music playlist based on your previous actions. App actions are based on the way usually interact with your phone, Android P will earn your behavior and suggest you the actions accordingly.

The most interesting feature of Android P is slices that will make the life of Android user much more comfortable. With the help of this feature, you will be able to use any app’s functionality outside the app without even launching it. The core functionality of the app can be accessed by the search only by skipping the time taking steps. For example, if you type ‘Uber’ it will directly give you the option to book a ride, so you don't need to navigate to the app, open it for cab. 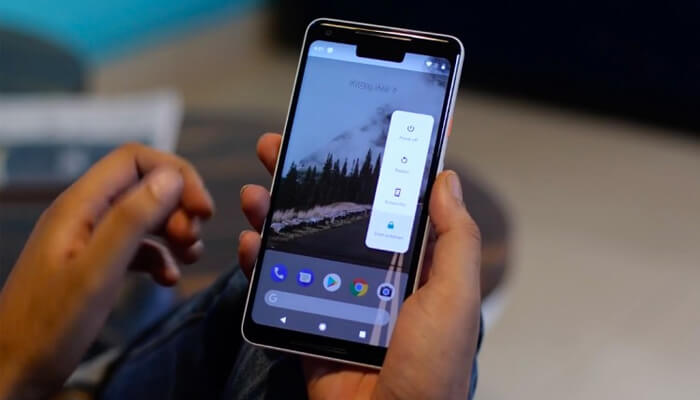 Google has not only worked on the user experience but also improved the security aspects of Android P. The new addition to the security is the ‘Enter Lockdown’ feature to the power button. Enabling the feature will disable the fingerprint sensor and will require to give the PIN or pattern password to access the phone. The feature is useful in the situations where you are either tricked or forced to unlock the phone via fingerprint scanner. 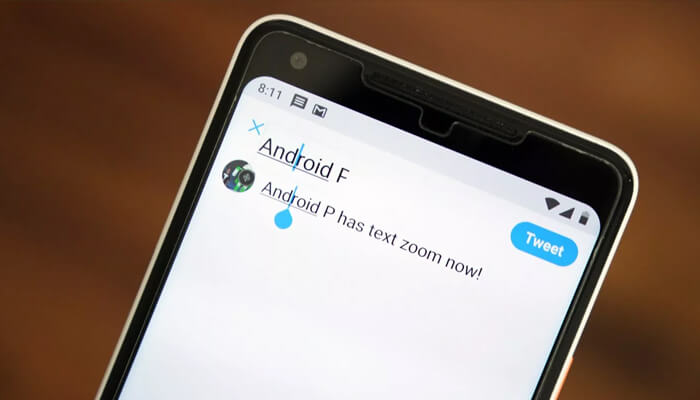 Now, you don't need to worry about zooming in the text on Android while selecting a phrase. Android P supports zooming the text while choosing them, this way you will be able to quickly select or copy any text. It is a very common issue for the Android user to get annoyed while selecting text in a small font. With the zoom in text option, things will get convenient for the users. 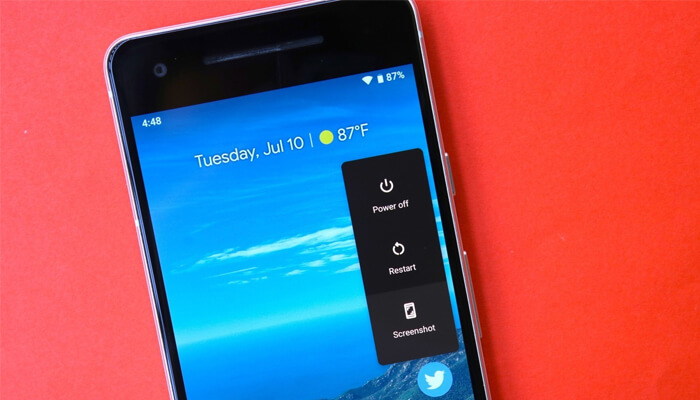 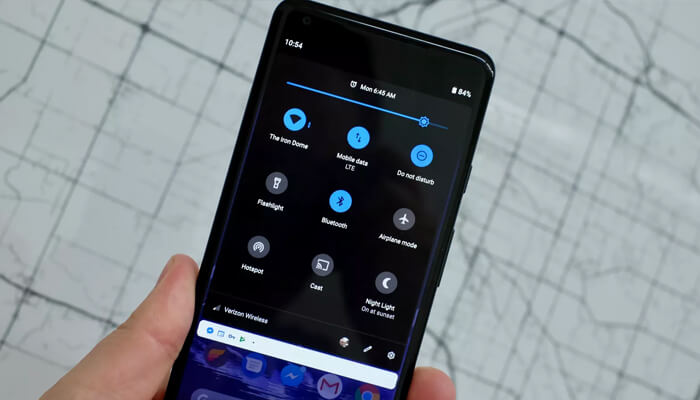 This could be a small tweak, but users like me will take it as a significant change from Google. Earlier Google added both light and dark them to Android that changes depending upon the wallpaper tone. You don't have any control over the theme directly, it gets switched as you change the wallpaper. Now with Android P, you will be allowed to select the theme of the phone according to your wish regardless of the wallpaper. You can either choose the Dark or Light theme as you want for your smartphone. You can also choose the third option depending ‘upon the wallpaper tone’.

Considering the ongoing debate over the risk of losing user’s data and compromise with the privacy Google has embedded more security features. In the current version of the operating system after you grant the apps access to your camera and microphone, they can use it whenever they want. However, in Android P the apps are allowed to use these only when the user is interacting with the app. Android P will restrict the app running in the background from accessing your camera and microphone.

16. Connect up to 5 Bluetooth devices

For now, the Android smartphones are allowed to connect to only two devices. In Android Pie, Google has increased the number to 5. The increased number of the connected device will help in keeping the phone connected to our favorite Bluetooth devices. We don't need to disconnect the previous device in order to connect new ones anymore after connected two devices. 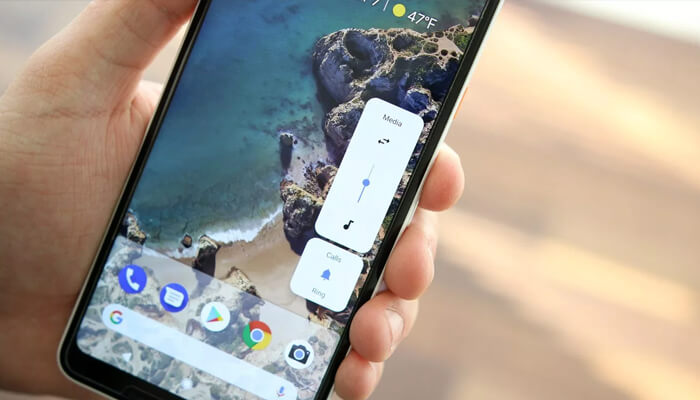 The media channel has always been confusing to us, and there is a number of situations where you must have accidentally player the video on the full volume where you should not. This is all due to clumsy media panel present at the top of the screen in current Android 8.1. With Android 9 the company has changed the media panel for the users. In the upcoming version, you will see that the media panel is now vertically oriented instead of the top. The volume buttons will only change the media volume by default that will save you from increasing or decreasing the call volume accidentally.

18. Autofill in the browsers

Android Oreo 8.0 has the ability to autofill the credentials and other details that you have already used. However, the autofill ability isn't compatible with the web browser in Android. Android 9 Pie compete for this feature by bridging the gap between autofill and browsers. With the upcoming version, you will get the autofill suggestion even in the web browsers on smartphones. 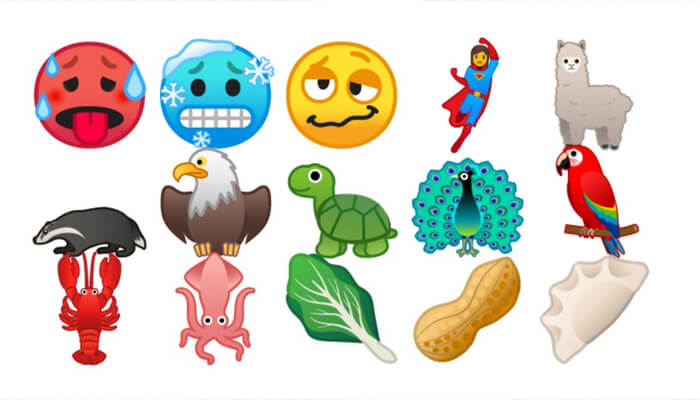 With Android P, Google has introduced 157 new types of emoji for the users. The collection contains various types of new emojis including sheep, pistol, new fruits and more vegetables,

Google has made major changes in the OS by adding new features and options, and this eventually improves the Android Runtime (ART). The ART is responsible for the overall performance of the smartphone.

Google is completely changing the Android in order to make it more friendly helpful for the users. Above mentioned features are among the most important changes in the operating system. Let us know what feature you think is best given by Google in Android P via comments below.

PREVIOUS PHP Vs NodeJS: Which Platform Is Superior in 2021?

Twitter has just released its revenue earnings for the final quarter of 2017, and the results are quite positive for the social media giant. Since the launch of this social networking service, the platform was not doing any good in terms of the profit it was having from the gradual growth. Twitter h