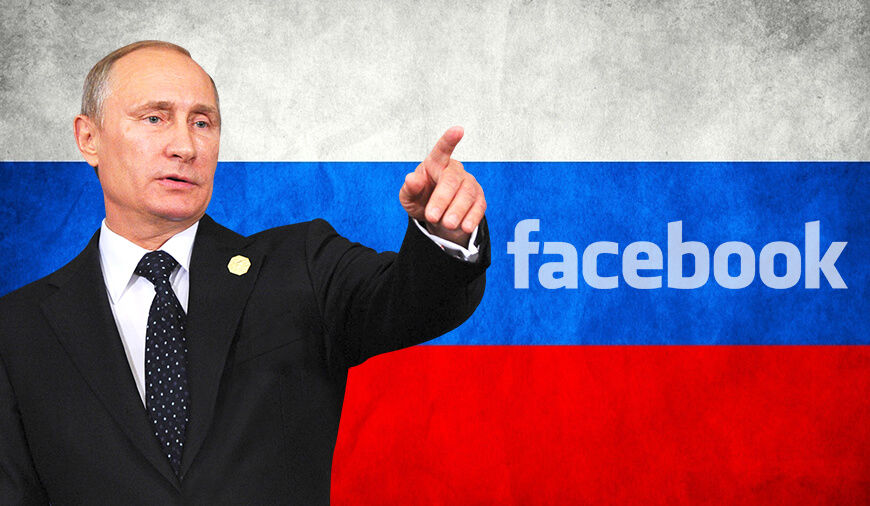 The revelation brought by Cambridge Analytica scandal rocked the masses and governments all around the globe and its effect was quite visible in the 2016 U.S. election campaign. Facebook had to face heavy fire for its lacking in dealing with data theft of its users, as personal data of over 50 million Facebook users ended up in the wrong hands of IRA (Internet Research Agency).

The agency known as IRA was among three firms and 13 Russians indicted by Robert Mueller (Former FBI chief) on charges they conspired to tamper in the presidential campaign and support Donald Trump.

In order to regain the trust of people, Facebook comes down heavily on accounts dealing with Russian trolls which tried to influence and mislead the public with its susceptible posts. Facebook even came out with stats about the account deletions and samples of the content these accounts shared. In total, 70 Facebook accounts, 138 Facebook Pages, and 65 Instagram accounts were deleted by the social media giant. 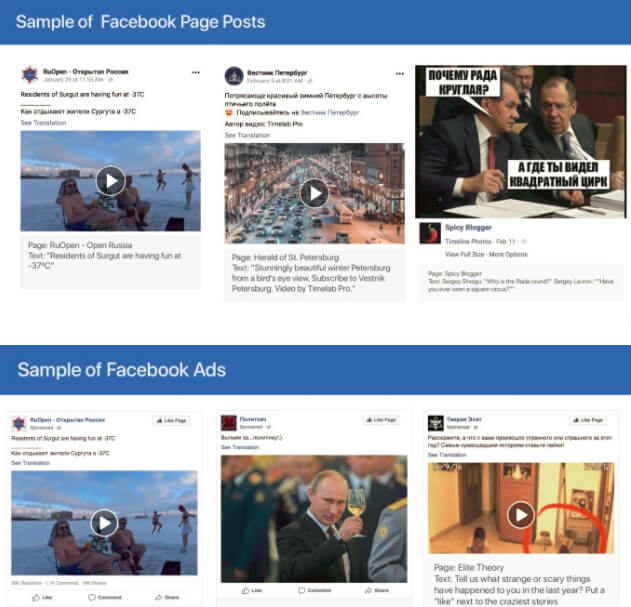 Last September, Facebook disclosed the involvement of Russians to meddle in the U.S. politics by posting on the social network under various names in the months surrounding the 2016 elections.

About 95 percent accounts were related to Russian government-connected troll farm and election interference squad, IRA and operated in neighboring countries like Azerbaijan, Uzbekistan, and Ukraine. In all, 1.08 million users were connected with the deleted pages and 493,000 users took after no less than one of the Instagram accounts. These accounts had spent a joined $167,000 on advertisements since the beginning of 2015.

Facebook CEO, Mark Zuckerberg went on to authenticate his claim of data security by employing double of its security and content review staff of Facebook’s workforce from 10,000 to 20,000 this year, with 15,000 now already on the floor to tackle this menace. 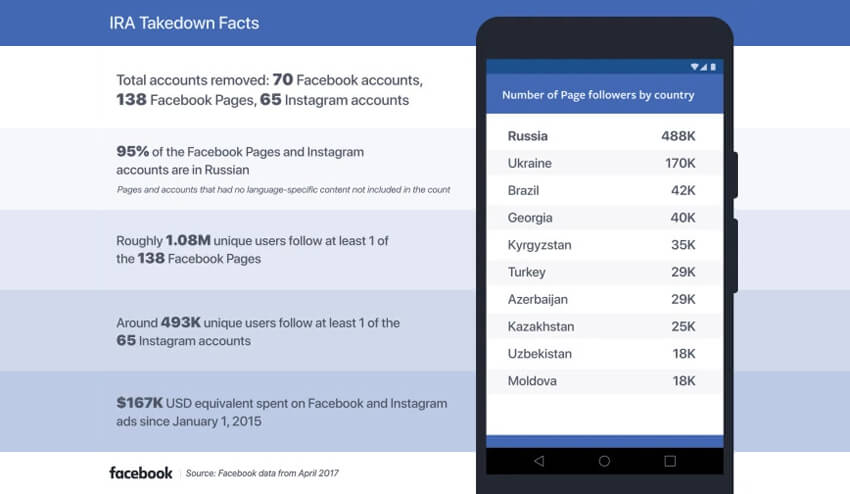 “We’re going to execute and operate under our principles,” Zuckerberg said. “We don’t allow people to have fake accounts, and if you repeatedly try to set up fake accounts to manipulate things, then our policy is to ban all of your accounts.”

Around April 10, Mark Zuckerberg will be testifying before the Senate Judiciary Committee about Internet privacy and the need for regulation due to the Cambridge Analytica scandal. #DeleteFacebook trend has already taken a heavy toll on the company’s business, as Facebook has lost about $100 billion in market cap.

NEXT Wait Is Over: Giphy Is Back On Snapchat

On Wednesday, a number of Tinder users have reported the issue of getting logged out of their app without any consent. The dating app signed out the users automatically to make them go through the Facebook log-in loop. After the users took the issue to Twitter, the company immediately sorted out the