Do you know who owns IMDB? 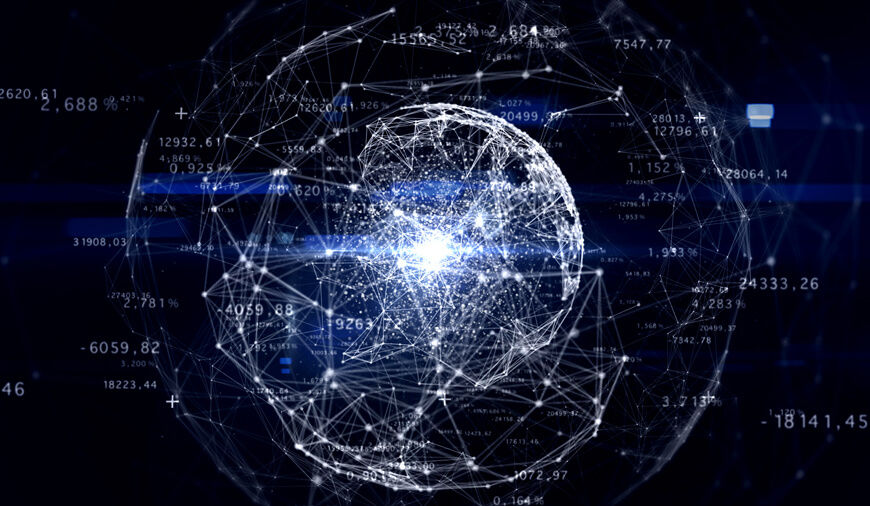 Yes, “internet technology” has made the world a global village, and it is now possible to reach anyone anywhere in the world at the click of a button.

Mobile devices have played quite a significant role in this too. When you think back to the not-too-distant past when desktop computers (or analog computers, depending on how far you want to go) were the order of the day, you would truly appreciate how far technology has come. Now the world is at your fingertips, with limitless possibilities.

Stop to take a look at the different companies responsible for some of these advancements and you will realize that things are even more connected than you thought; large companies acquire and own smaller companies that provide these mobile technological services that make us more connected than ever before.

Here are some of the companies doing the acquisitions and purchases in the mobile apps and technology sphere:

Alphabet Inc. is an American multinational corporation based in Mountain View, California, which was created through a corporate restructuring of Google. They own the Android operating system for mobile devices.

Over 200 companies have been acquired by Alphabet Inc., its largest acquisition being Motorola Mobility, a mobile device manufacturing company, which it purchased for $12.5 billion and sold in 2014. In terms of mobile technology, Google designs, develops, markets and supports the Nexus smartphone devices and recently announced plans to buy part of HTC’s smartphone team for $1.1 billion. Other mobile apps and technology companies and services have been acquired and absorbed by Alphabet Inc.

Facebook was founded in 2004 as a platform for interaction amongst college students. Fast forward to a little over a decade and Facebook owns two of the biggest social media channels; Instagram and WhatsApp, which it acquired in 2012 ($1 billion) and 2015 ($22 billion) respectively. The acquisition of WhatsApp is by far Facebook's largest, and is considered one of the biggest acquisitions Silicon Valley has ever seen. These two acquisitions in particular demonstrated the commitment of Facebook to mobile-based technological strategies and interactions. Apart from these two companies acquired by Facebook, there are over 60 companies that have been acquired and are owned by the Mark Zuckerberg-run company.

The Microsoft Corporation, founded in 1975, is considered the world's sixth-largest information technology company on the basis of revenue generation.

Microsoft’s biggest buy is the $26.2 billion purchase of LinkedIn (2016). Microsoft also acquired Skype (2011), Nokia's mobile phone business (2013) to integrate with Windows smartphones, aQuantive (2007), Visio (2000), Yammer (2012) amongst others. The Windows 10 mobile operating system was developed by Microsoft and released in 2015 to run on windows-based mobile devices (especially smartphones and phablets) to unify Windows families across multiple devices. 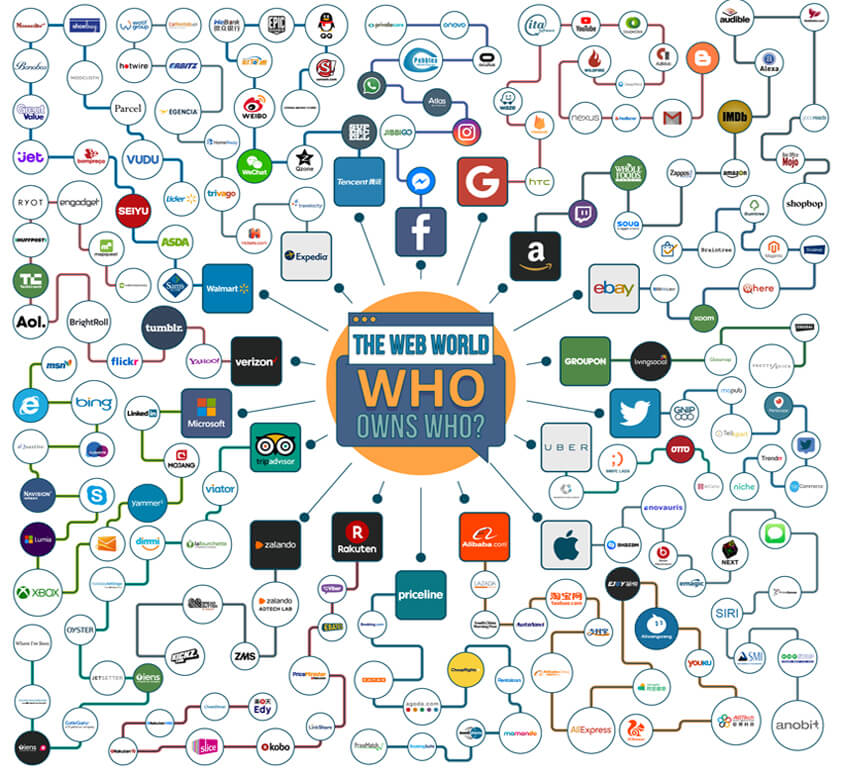 In 1994, Amazon started out as an online bookstore, but it is now listed as a Fortune 100 company and considered an “everything store”; a place where you get everything you need, even “air”. “Think it, and you will get it on Amazon”.

Alibaba Group Holding Ltd, a Chinese company founded in 1999, surpassed Walmart Stores as the largest retailer in the world in 2016. They consist of a variety of businesses in different sectors like AliExpress, Taobao and Fliggy. They range from media to entertainment to healthcare. Alibaba operates in more than 190 countries, and is considered one of the world’s leading platforms for business-to-business trades.

Tencent Holdings Limited is a Chinese conglomerate company founded in 1998 that is worth nearly $500 billion. In China, Tencent is at the heart of some of the biggest social media and messaging apps providing messaging services such as QQ, WeChat, and Qzone. In fact, Tencent has its own unique digital assistant, called Xiaowei, similar to Microsoft’s Cortana. Xiaowei is capable of providing information about weather and traffic.

Rakuten Inc., a Japanese electronic commerce and Internet company that serves 29 countries and regions, is based in Tokyo and was founded in 1997. The company recorded US$7.2 billion in revenues in 2016, with operating profits of about US$347.9 million. Rakuten has made major acquisitions such as Buy.com, PriceMinister, Ikeda, Tradoria, Play.com, Wuaki.tv, Kobo Inc., Viber, Ebates, Viki, OverDrive Inc., Slice and The Gromme.

The Viber app, developed by Viber Media and now called Rakuten Viber, is a freeware that runs on the Microsoft Windows operating system, MacOS, Linux, Android and iOS platforms. The $900 million acquisition of Viber Media by Rakuten was announced in 2014. Viber has more than 900 million active users and surpassed WhatsApp in Russia as the most used instant messenger on 2016.

Think mobile communication, think Verizon. They are an American multinational telecommunications conglomerate. Verizon's largest investment occurred in February 2014, when the company completed its acquisition of Vodafone's 45 percent indirect interest in Verizon Wireless in a transaction valued at approximately $130 billion. In 2014, the subsidiary of Verizon, Verizon Wireless, was the largest U.S. wireless communications service provider with 147 million mobile customers. As at 2017, it was the second largest telecommunications company in terms of revenue generation, only after AT&T.

Verizon acquired AOL and Yahoo! in 2015 and 2017 respectively, successfully expanding into media ownership.

What are some of the Rights of an Employee that has been Fired?

2022 has been a tough year for the job market in the USA and across the globe. And, most employees and employers have felt its effect. Before the year ended, many big names like DoorDash, Amazon, Meta, Twitter, and Zillow among others announced layoffs of some percentages of employees. However, even