Charlottesville, Hampton, and Richmond are among the metropolitan cities receiving the Transit feature. 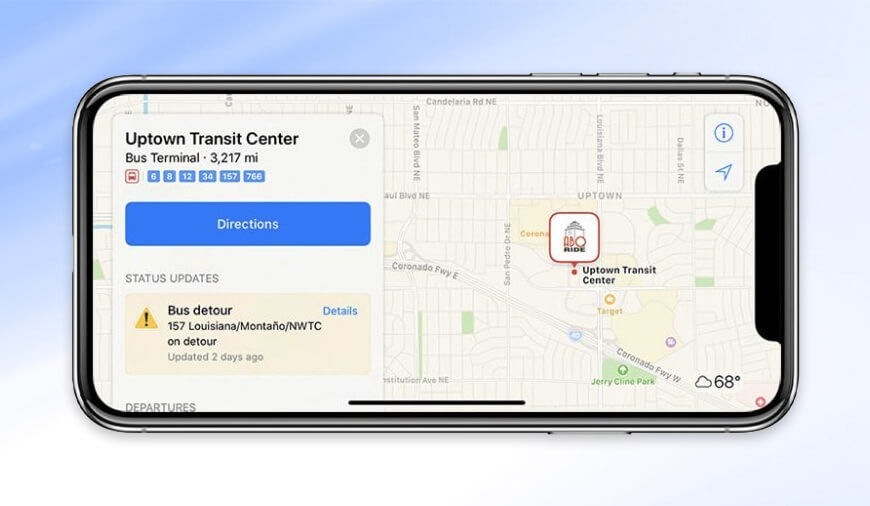 Apple has added more cities in the US Map transit service for the iOS users this week. Now, some cities of Virginia and few Missouri regions have been added to the map for providing public transit information. The iOS users over these regions will be able to access bus details and train routes using the Apple Maps.

The changes include five metropolitan cities from Virginia and bus routes of St. Louis and Springfield from Missouri. With the expansion Apple enables the users to acquire information about public transit over the map easily. The iOS users will be able to know the information like bus or train routes, departure time, and other relevant data using the Maps only in these cities. In order to put everything on the map, Apple took help from the local transit authorities.

The real-time transit direction and data in Virginia is provided by Harrisonburg Transit and HRT Bus in Hampton, GRTC in Richmond, Charlottesville Area Transit and much more. After Map transit service availability in these areas the users are able to know precise transit details like departure time and routes of trains, buses, ferries, and other public transports. In addition, Apple has also added indoor maps of some selected subways with easily recognizable entry and exit marking for on-foot navigation.

Apple updated the public transit feature with a whole new system backed up by the local data. The new feature is the result of the company’s recent acquisition including Embark and HopStop. Using the Apple Maps transit the iOS users can access the real-time Metro times and routes with navigation without wasting their time over the web search. The company rolled out the transit feature back in 2015 covering few cities in the US and China, later in 2016, the services extended to UK and Japan. You can check the availability of the transit feature in the cities on the Apple’s iOS feature availability page.

The iPhone maker is working rigorously over the feature’s reach and recently added New  Mexico, Orlando, and Arkansas to the list. Apple also claims that the transit feature is growing very rapidly and will be available to the most cities really soon.

PREVIOUS Apple Will Be Kicking Off iOS 11.3 Today & Here's What You Can Expect

The app market for both web-based and mobile applications seems to be on a constant rise especially in terms of total consumer spending and web/mobile app downloads. The latest proof for this phenomenon is the recent data shared by the well-known website App Annie which heavily focuses on these two