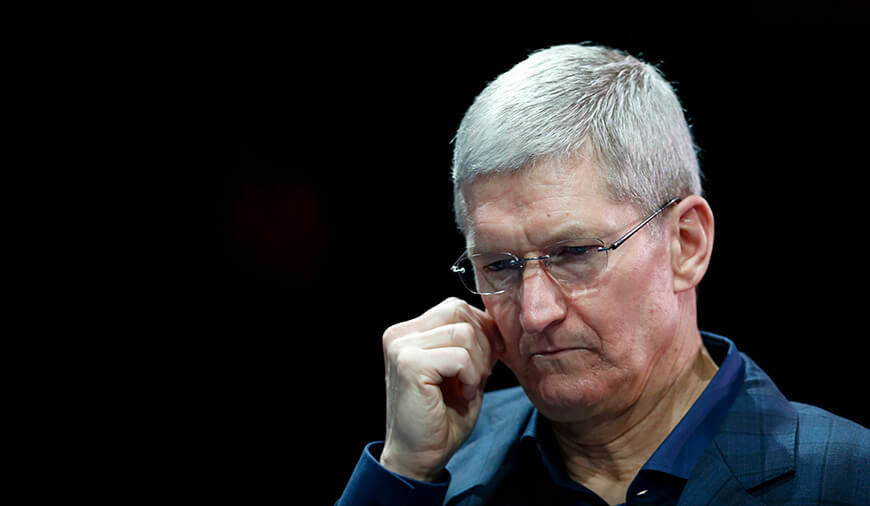 Apple experienced a major hit back in the Harris Poll’s recent corporate reputation survey done for market giants. The iPhone maker slipped from 5th to 29th position in this survey whereas Amazon topped the list. The consumer survey was conducted on 26,500 adults from the US to know what they think about corporate giants.

In the survey, Google also failed to hold its 8th position and fell down to 28th spot. However, Tesla is the only one to acquire major gain in the survey and climbed up to the position 3rd from 9th. The Harris Poll or Harris Insights and Analytics is an American market & research company. The company conducted this year’s corporate reputation poll to scale out the influence of big corporate fishes on the US consumers.

While explaining Tesla's sudden jump, John Gerzema, CEO at The Harris Poll pointed Elon Musk's recent PR activities as the reason for company's 3rd place. He said that Elon Musk knows exactly how to sell his company’s name and he used the big rocket and a car in space to attract large audience. In spite of continued delays in the delivery of Tesla Model 3 that led to a negative image of the company among consumers, Musk was successful to wash it all out with his PR stunt.

Gerzema believes that the reason behind the fall of Google and Apple was offering less attention-grabbing products to the consumers this year. He also mentioned that both the companies did not offer exciting products to the consumers compared to what they were releasing in the last three years. However, his reason is less convincing for us, considering Android Oreo & smart home products from Google and iOS 11 & iPhone X from Apple. On the other hand, Amazon leverages its role in people’s everyday life to acquire the first spot in the survey.

The survey was conducted over the corporate reputation of the companies, but it was more about visibility according to the results. The companies with major influence over the consumer mind at the time of survey scored well. For example, people order from Amazon all the time and recent PR stunt from Elon Musk made people to talk about Tesla. You can imagine the power of PR by noticing that, originally it was a SpaceX project but sending Model 3 supercar influenced the Tesla’s visibility among the consumers.

NEXT Intel Is Redesigning The Processors To Make Them Spectre-Proof